Syria, France Top List as Most Deadly Countries for Press in 2015 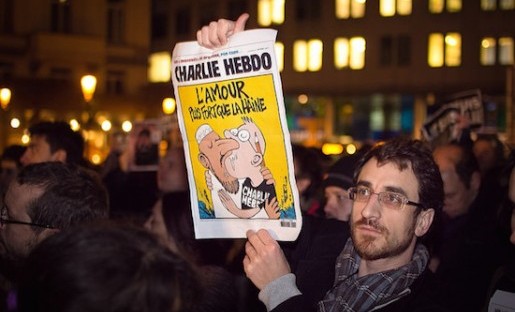 From the eight journalists who were killed at the satirical magazine Charlie Hebdo in Paris in January to the murders of four bloggers and a publisher in Bangladesh, 2015 has been a stark reminder of the dangers for a free press.

"When you look at the overall picture, it is an incredibly difficult and challenging time to be practicing journalism." -Courtney Radsch

Sixty-nine journalists were killed this year for their work, according to the Committee to Protect Journalists’ (CPJ) annual report on killed journalists. The analysis found that 28 of the 69 journalists — 40 percent — were killed at the hands of Islamic militant groups like the Islamic State and Al-Qaeda.

“I don’t think it is too surprising given how deadly Syria and the Middle East have been in the last several years, in large part because of these militant groups,” Courtney Radsch, CPJ’s advocacy director, told MediaShift.

The last four years have been the worst on record for journalist killings. This year surpasses last year, when 61 journalists were killed in relation to their work.

“When you look at the overall picture, it is an incredibly difficult and challenging time to be practicing journalism,” Radsch said.

Sandwiched in the middle

France and Syria topped the list this year as the most deadly countries for journalists, but geopolitical conflicts throughout the world are influencing how journalists are perceived, and what they can do. Iraq, Brazil, Bangladesh, South Sudan and Yemen saw five journalists killings each.

“I think what we see is that journalists are being squeezed between violent extremists on the one hand, and the government efforts, or so-called efforts, on the other,” Radsch said. “Both in terms of the killings and in terms of imprisonment.”

A separate analysis by CPJ this year found that at least 110 out of the 199 total journalists jailed worldwide are facing anti-state charges.

Though violent extremism in the Middle East often dominates headlines, journalists in other parts of the world also face nefarious attacks and murders within already hostile environments. “About one third of killings worldwide came at the hands of criminal groups, government officials or local residents—in most cases, drug traffickers or local authorities suspected of being in collusion with organized crime,” according to CPJ’s report.

The beheadings of journalists in Latin America for reporting on the drug cartels might not necessarily get as much attention as the activities of Islamic militant groups and the journalists who are killed for being in their way. But the commonalities behind all these attacks speak to a larger point, said Radsch.

“When these groups are murdering journalists, it’s to control the media information environment and cause deep fear and terror for other journalists,” she said.

In the United States, where the number of journalists killed for their work has historically been low, the topic of journalist killings in other parts of the world has come up on the campaign trail. But the political rhetoric, without scrutiny, can confuse what is actually happening.

CPJ research shows that Russia is one of the top countries where journalists are killed with impunity. The quick-fire responses of political debate obscure the larger point that CPJ’s annual report on killed journalists — as well as its previous reports — underscore: An environment in which journalists can be targeted creates the space for journalists to actually be targeted.

“Trump is technically right but wrong in spirit,” Mark Galeotti, a New York University professor who studies the Russian security state, told the Washington Post. “There is indeed no proof Putin has journalists killed. But he presides over a regime in which journalists are beaten, harassed and murdered, often with impunity.”