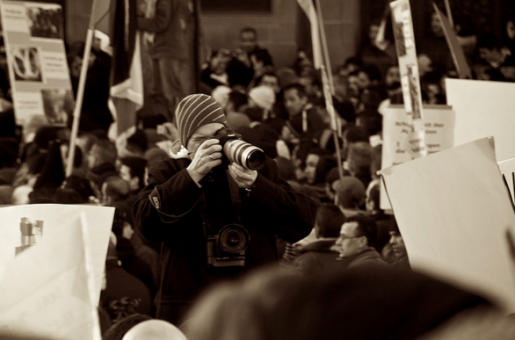 It’s more difficult than ever for U.S. media organizations to cover international events. Since 2003, the number of foreign correspondents working for U.S. outlets has fallen 24 percent. Yet as press freedom continues to decline around the world, the need for major news outlets to sustain a presence abroad is more vital than ever.

That’s why a team of journalists and developers recently launched HackPack, a platform to connect freelancers and fixers worldwide to the news bureaus that need them. In doing so, media outlets can maintain an international presence and publish independent, original stories. At the same time, freelance journalists can gain an outlet for their work that pays a fair wage.

“For me, the greatest value of HackPack is that journalists and fixers in far-flung locations are reachable at the click of a button." Alec Luhn, freelance reporter.

So far, more than 2,100 members from 71 different countries have signed up to use HackPack, including 1,100 journalists and 233 editors. Around 117 industry experts have also signed up. Freelancers can contact these experts for additional information to report stories.

HackPack CEO and cofounder Justin Varilek said the platform has the potential to help independent journalists publish stories that might otherwise be rejected by local news organizations where press freedom is low.

“If you’re a very bright, liberally minded individual, you want to be writing about what you want, and you’re looking for different editors who can help you do that,” he said. “However, they realize they can’t publish it in their local area because there would be problems. They can either publish it on a national level or an international level, and HackPack can help someone do that.”

Alec Luhn, a freelance reporter for The Guardian and Foreign Policy, recently used HackPack to find a local journalist in Armenia to describe the situation on the ground as he covered the #ElectricYerevan protests from Moscow. HackPack also allowed him to get in touch with local journalists in St. Petersburg while working there this summer.

“For me, the greatest value of HackPack is that journalists and fixers in far-flung locations are reachable at the click of a button,” Luhn explained. “Before, we had to rely on a friend of a friend of a friend to find a source or fixer in some other place, and that might not even work, but now this search has been digitalized and greatly expanded.”

To get started on HackPack, simply sign up for a free account at hackpack.press. You can choose to register as a journalist, photographer, videographer or any of a number of other options.

From there, you’ll be able to build your HackPack profile. You can designate your location, what types of media you work with, your preferred beats, languages you know and what risk level you’re willing to tolerate. Indicate whether you’re currently booked or open to assignments. Lastly, add examples of your work to the portfolio section to give editors a taste of your work.

In the “My Hackpacks” tab, you can browse forums by geographic region to seek guidance from fellow journalists, editors, fixers, photographers and videographers working near you. In the forums, you’ll find advice on anything from finding contacts to overcoming visa issues. If you have tips, you can share them with fellow reporters too.

Journalists can also use HackPack’s colleague feedback feature to their advantage. After working for an editor, reporters can evaluate the person on a number of factors. Other freelancers will then be able to view the evaluations.

“If you’re a journalist evaluating an editor, you’ll want to know what he or she pays, and if that payment is usually on time,” Varilek explained. “You can also find out if editors will push you one way or the other, or if they’re basically objective in taking a story and letting you tell a story.”

The same goes for editors, who can evaluate freelancers they’ve hired for gigs.

Ultimately, Varilek said he hopes to develop a mobile app for HackPack that allows freelancers and fixers to stay in touch on the go. The app, which is being funded through a KickStarter campaign, will automatically update users’ locations in real time. Other features include push notifications and email integration.