10 Predictions for Media Metrics in 2016 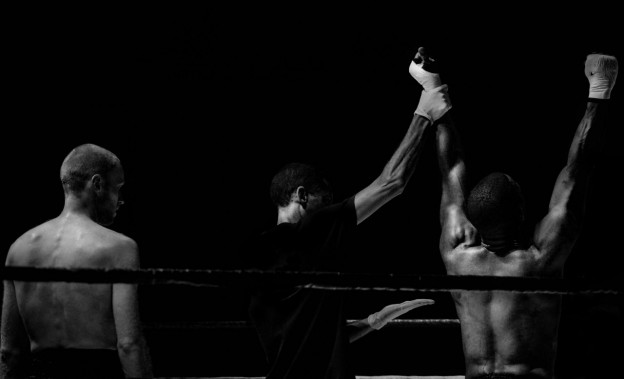 It’s hard to keep score when the rules keep changing in the middle of the game.

It’s even harder when the playing field keeps expanding so you’re not just competing against one team, but endless newcomers.

In 2016, the challenge for media will be deciding on the right metrics to determine if they’re winning, losing or even if they’re in the game.

Here are 10 predictions for what those metrics will look like.

1) Rankings will return as a competitive metric

When I was growing up, Milwaukee had two daily newspapers. The Milwaukee Journal and the Milwaukee Sentinel fought to scoop each other and become the No. 1 paper in the city. But the merger of the papers in 1995 eliminated their biggest competition, which was a pattern that played out with regional media consolidation. Today, the Journal Sentinel has new competition to be No. 1 — but the metric looks very different. Rather than circulation, the Journal Sentinel is competing for downloads of its new investigative journalism podcast to be No. 1 on the iTunes chart. Right now, they’re No. 3 behind only This American Life and Serial. The new digital landscape has allowed local media like the Journal Sentinel to measure itself not just against regional competitors, but in national rankings that show where you stack up on a much broader scale.

I was serious when I said we were coming for you @serial…#Unsolved No. 3! https://t.co/SscShCr2rN pic.twitter.com/Zcb5YXwLZk

2) Metrics will be tied to real-world impact

The media exists to make an impact in the world, whether it’s to bring new information to light or provide the catalyst to correct an injustice. This takes measurement out of the realm of the virtual and into the real world. A good example is Serial. It became the most popular podcast in history with millions of downloads, which is certainly an important metric. But even more than that, it helped get a new hearing for Adnan Syed. Since then we’ve seen other media try to replicate this success with engrossing journalism that can help solve mysteries or problems, like Frontline’s “My Brother’s Bomber” or Medium’s Ghost Boat. Metrics are meaningless unless they can be tied to something that matters. The “caring metric” is hard to define but has potential to be the most meaningful, if media companies can figure out how to measure it.

3) Big data will be seen as a big bust

In 2014, the concept of “big data” was somewhere between “peak of inflated expectations” and “trough of disillusionment” on the Gartner Hype Cycle. By 2015, the phrase had dropped off the cycle entirely. Analytics at Gartner explained that big data had become mainstream, so it no longer had to be tracked on their life cycle of emerging technology. What does this mean for the media industry? In practice, data for the sake of data is no longer enough. Numbers need to be tied to a relevant metric to be meaningful. So in 2016, expect to hear “We need more data!” less and  “What does this data mean?” more.

4) Public follower counts will be downplayed

Quick, how many Snapchat followers do you have? How many Facebook friends do you have? Now how many Twitter followers do you have? Chances are you probably don’t know the answer to the first two, but you can estimate your Twitter followers you have off the top of your head. Today, your number of friends, followers or likes has been derided as a “vanity metric” even while it still continues to be a prominent scoreboard on your Twitter profile. But that number can be an intimidating or demoralizing barrier to entry to new users. Expect Twitter to quietly downplay followers in future redesigns as pressure mounts for the company to expand its users.

When it comes to website traffic, bigger isn’t always better. For publishers and advertisers the benefits of having a smaller but enthusiastic niche can outweigh a much larger but undefined audience. “Focusing myopically on scale and continuing to optimize for the largest possible audience compels us to the lowest common denominator of editorial quality,” Katie Zhu writes in Nieman Lab, calling 2016 the year of the “splinter site.” Zhu cites several spin-off websites like the New York Times’ cooking site and Vice’s spin-off Broadly that focus specifically on women.

6) Do we have your attention? Attention-based metrics gain traction

In the last few years we’ve increasingly seen that getting a website hit and page views from slideshows isn’t enough anymore. Publishers want to show that content is engaging, that it’s keeping people on the page, and that people are scrolling through and actually want more. Medium helped popularize this with “Reads” in their analytics, which they call Total Time Reading. Recently, NPR announced they are building a “Carebot” tool that will provide a proxy metric for how much visitors care about a story. We’ve only scratched the surface in attention metrics, which will start to be more multi-dimensional.

7) Clickbait-inflated metrics: You WILL believe what happens next

Spoiler alert: Clickbait will be alive and well in 2016. Sure, certain obvious tactics from the likes of Upworthy will evolve. But the ability of publishers to take advantage of human psychology to drive page views will stay the same. As the presidential race heats up, pay attention to the use of “extreme” words in headlines that stir emotion, and in turn, clicks. A research paper called “Breaking the News: First Impressions Matter On Online News” analyzed nearly 70,000 media headlines and found that “an extreme sentiment score obtained the largest mean popularity.” In other words, there’s nothing subtle about what will continue to drive web traffic.

Reach used to be such a straightforward metric. In traditional media, your reach was your subscriptions or your Nielsen ratings or your newsstand sales. Today, reach can be a multiple of your various platforms and be dependent on different algorithms. Media reach can rise and fall on the whims of a tweak to Google’s search formula or a newsfeed. It might be your downloads on iTunes plus Stitcher plus Overcast plus SoundCloud. It could mean views on a Facebook Instant article in addition to clicks to your website. In 2016, media will have to redefine what a new cumulative reach metric on all their platforms means to them.

9) Newsrooms will rely on predictive analytics

It’s helpful to have metrics that tell you what content did well in the past – but not as helpful as analytics that forecast what will do well in the future. In 2016, expect editors and reporters to be informed by metrics that help them decide what to cover, like Mashable’s predictive analytics tool. The tool, called Velocity, monitors how stories are shared and interacted with across social networks, and by predicting which of these stories will be popular on social, it allows Mashable users to ride the wave of traffic. “We like to think of it as a digital crystal ball,” said Mashable’s global news editor Louise Roug in an article about Velocity in journalism.co.uk.

Congratulations! You made it to the end of this list. Maybe you didn’t closely read every point, but you skimmed and scanned down the page until you hit on a point that caught your interest. That’s one thing that continues to make lists so effective in a world of more and more content – it lets you pick and choose and puts you in control. “Lists banish mental heavy lifting, complexity, and ambiguity. Click,” Bryan Gardiner writes in Wired. Is this prediction right? Find out in a week when we share the metrics for this post.