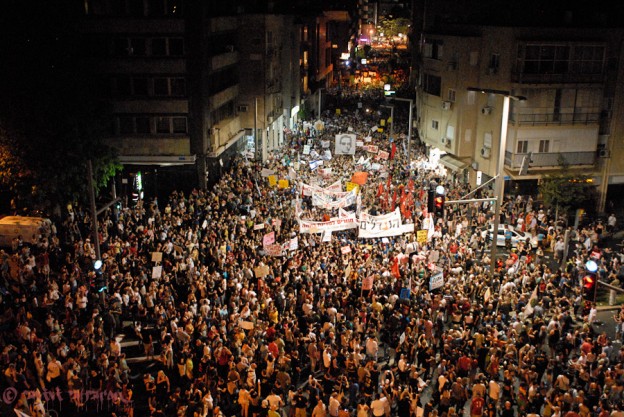 The headline of a New York Times’ compilation of user-generated content reads: “The Videos That Are Putting Race and Policing Into Sharp Relief,” showcasing the power of eyewitness video.

On the flip side, some of the tweets that erupted last summer, when the video of ISIS members beheading freelance journalist James Foley surfaced, show the more sinister side to sharing such videos:

"You can never know what will result from exposing these sorts of abuse...But what we want to identify are the different considerations you should make for an informed decision." -Madeleine Bair

Don’t share or watch the video of ISIS beheading journalist James Foley. Don’t be voyeuristic and think of his family.

The video of ISIS beheading a man they say is US journalist James Foley is absolutely dark, gruesome. Not sharing. No one should share. — Anup Kaphle (@AnupKaphle) August 19, 2014

“You can never know what will result from exposing these sorts of abuse,” Madeleine Bair, a program manager at Witness, told MediaShift in an interview. “But what we want to identify are the different considerations you should make to make an informed decision.”

Witness, which is based in Brooklyn, was founded in 1992 after the beating of American taxi driver Rodney King in 1991 by Los Angeles police. A local witness saw what was happening and videotaped much of the incident from his balcony. He then sent the footage to the Southern California news station KTLA, and it was later used in court as evidence.

The 1992 trial of the four police officers involved in Rodney King’s assault — where none of the four were found guilty — sparked the Los Angeles Race Riots in which dozens died, thousands were injured, and several thousand fires erupted. A local witness had filmed the incident. Photo of Rodney King by Justin Hoch on Flickr and reused here with Creative Commons license.

Similar to the conversations happening now about how video is revolutionizing the news ecosystem, Witness’s founders (including singer Peter Gabriel) saw video as a powerful platform to hold authorities accountable and spur national dialogues. “What Peter Gabriel wanted to do was to put the power of video in the hands of people,” Bair told an audience at a recent event in New York discussing the current era of civil rights reporting, in which she was also announcing the release of the new guidelines. So previously, most of the resources Witness produced were targeted toward activists and others who were concerned with documenting this footage, Bair explained to MediaShift. In recording evidence of abuse, people needed training and tools on techniques like how to film protesters safely, and how to properly archive video. “But now in this landscape, those resources won’t get to everyone who is documenting abuse,” Bair said. “This is targeted to the other side of the coin, people who are using these videos.”

Weighing Risk v. The Value of Speaking Out

A video of a standoff between a student journalist and protesters at the University of Missouri is one of the latest videos to have gone viral and sparked discussion about race and civil rights reporting. Screenshot courtesy of Mark Schierbecker, who posted this footage on YouTube.

From the curated video content “Watching Syria’s War” on the New York Times, to the recent viral video of a cop abusing a young Black woman in a classroom and even more recently, the standoff at the University of Missouri between a student reporter and fellow student activists, video has become embedded — both literally and figuratively — in the way we report and understand the news. And the actions of news editors, producers and others who utilize this content, whether by incorporating it in a news article or by sharing it on social media, has implications beyond simply informing an audience.

“Does sharing videos by extremist organizations aid their goals of provoking fear and glamorizing violence, or is it a necessary part of reporting?” Witness asks in its blog announcement of the guidelines. “Should eyewitnesses be asked permission before their videos are broadcast by news media, or would that hinder the reporting process? How can investigators and advocates report on abuse caught on camera without violating the privacy or impacting the security of those seen on video?”

Witness staff faced these ethical dilemmas when curating content for its human rights channel, and so initially created these guidelines for themselves. The response to doing that — other journalists and human rights advocates asking advice on what their own guidelines and standards should be — coupled with the discussion in the general public when it came to witnessing and sharing these videos, spurred the creation of this public set of guidelines.

“That’s what convinced us there is a gap in resources to help people like us — other human rights advocates and activists — as well as journalists themselves,” Bair said. The guidelines offer case studies that walk readers through the decision-making process. For example, two years ago in Fiji, when video surfaced of security guards abusing detainees, a mother was able to identify her son and advocate for justice. Another example is of a situation in Malaysia in 2005, when cellphone footage surfaced of guards abusing female prisoners. “Those videos [from Malaysia] got out and motivated a national discussion about the abuse going on,” Bair said. “But they continued to expose the women being abused themselves. One woman said, ‘I am glad this abuse is exposed, but please stop sharing this video because I am vulnerable.'”

Protecting the individual dignity of a person is one of the key considerations one ought to make when examining such footage. And sometimes, there is no easy answer. During our conversation, for example, I asked Bair what she thought of the video of a police officer abusing the young Black female student in South Carolina — a video I had shared on my Facebook timeline. Even though I was a bit conflicted about doing so, I was disgusted at what was happening and wanted to alert my friends and followers on Facebook, especially since I don’t often share viral videos. So I first posted Reuters’ article on the incident and then added, with the video embedded below, “See for yourself if you don’t think this is that big of a deal.”

But while I had wondered if some people might be too emotionally exhausted to witness this kind of viral video of police abuse yet again (hence the “See for yourself” line, to serve as a warning), it didn’t occur to me whether the girl had wanted her identity to be known.

Did the benefits of sharing that video then outweigh the costs and ethics of doing so?

“That’s not an easy question,” Bair acknowledged. “In this scenario, this girl was not in the situation to give her consent. Then you ask, ‘What would be the risks to her with this footage being exposed to a wider audience?'”

“We can never really speculate what would be the implications,” she added.

Witness will be going through the guidelines in a weekly blog series on its website. The guidelines are available to download here.