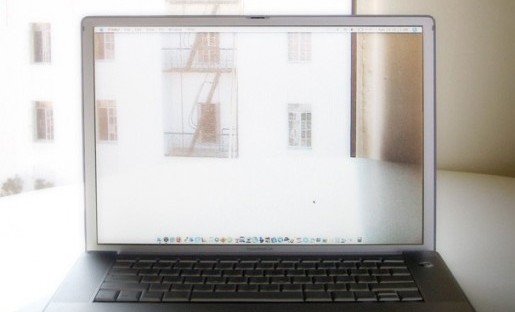 For publishers, incorporating branded content into their offerings for advertisers can be a way to make serious revenue and avoid some of the problems besieging the media industry.

To answer the question of why a publisher should bother with content marketing, I’ll risk quoting bank robber Willie Sutton: It’s where the money is.

“There’s a gold rush,” financial services media strategist Rod Kurtz said at LinkedIn’s Finance Connect conference in May. “Every brand in the world wants to do content.”

But not every brand knows how to produce good media that’s not just advertising, or how to make it fit seamlessly in a particular publication.

That’s why publishers from giants like BuzzFeed and The New York Times, upstarts such as Vox Media and NowThis, to more niche media concerns such as Complex and Digiday have content marketing studios that produce media for brands.

BuzzFeed and Vox are said to make nearly all their money producing content for brands and charging to place it in their streams for sponsors. Vox goes so far as to let sponsors directly access Vox’s proprietary content management system.

Complex Media was paid to create this website on behalf of a soft drink brand.

Complex Media CEO and co-founder Rich Antoniello told me his company makes more than half its revenue — millions of dollars each month — through “branded content and integrations” for sponsors. They’ll create websites and videos for sponsors such as soft drink and sneaker companies that can run on Complex.com or elsewhere.

Digiday, BuzzFeed, The Dallas Morning News, The New York Times, Forbes and many others have content marketing teams or shares in creative agencies whose entire job it is to make media that both serves the marketers’ purpose and also fits the publishers’ brands.

NowThis has been able to charge many thousands of dollars to make its high-quality video production facilities and staff available for consumer brands paying for help in creating media they hope consumers will enjoy and share.

It’s An Answer to Technology

There are a number of technological benefits to a publisher from running content marketing, as well.

One is that because the marketing messages are placed in the editorial stream, the sponsor’s message can avoid ad blocking software that’s increasingly installed on mobile phones.

Also, because the content is in the editorial stream and handled though similar templates and feeds as editorial matter, it can appear seamlessly on whatever device is being used, without having to reconfigure or use multiple ad servers for, say, an iOS device rather than Android.

The content can even be put into feeds sent to third party platforms and feed aggregators, and more easily shared through social media and optimized for search, sending links and traffic back.

The experience for the user can be much better, especially on mobile phones, than incessant popups, ads, self-playing videos, and other annoyances.

Finally, a publisher can collect better data on the media — how long people spend with it, what they do after looking at it, and so on — than with display ads from a third-party server that links externally.

And, whatever type of media a publisher makes, the sponsor content can be made to match: Vine videos,  an inserted “swipe” in the Snapchat Discover flow, a long article, research white papers and full-blown interactive graphics are some examples of things that have been done.

(One quick note: Some third-party content marketing solutions are “served” onto a page, and so require ad serving technology, making them susceptible to ad blocking, and unlikely to appear in the editorial feeds.)

Done Right, It Can be Cost Effective

A publisher in the media game for the long-term will need any paid media it runs to strike the right tone and tenor, while also making it clear that the message is on behalf of a brand, not purely editorial.

That’s a tricky mix to get right. Not only do some brands’ marketing managers have trouble accepting media that doesn’t overtly tout the brand’s benefits, it can also be costly for a publisher to get content made, and made right.

Even when the brand marketer agrees to make something fun and useful — and not just promotional — getting it done requires creative people to make it, and back-and-forth among the parties involved. With all those people involved, it’s tough to scale the operation.

“Creating content is actually difficult. And it takes a certain state of  mind,” Jimmy Maymann, president of brands at AOL said at a recent Advertising Week event in New York.

“How do you accelerate that?” he added. “Publishing [even] five pieces of content every day is a big thing for some brands.”

A publisher will have to price accordingly, and allow for long enough timelines to get the job done and still make a profit. The advertising, of course, has to support not just the cost of creating it, but also contribute to supporting the editorial operations.

Understand What to Offer The Sponsor

Today, many brands try to attract people to their own blogs, YouTube channels, social media and other outlets. The Casper Mattress Company, for example, has created the Van Winkle’s blog.

The blog is about “sleep culture,” Casper COO Luke Sherwin said at Advertising Week, and is a long-term investment in attracting and engaging people rather than a short-term way to sell more mattresses.

That means a publisher may have to show they can provide extra value beyond what the marketer can do on their own. They may even offer media or consultative services for the media the brand is creating.

Publishers Need To Be Careful About Diluting Their Media

Many media properties include links to content provided by a third-party vendor, such as this one.

Many top-flight news organizations like CNN and The Los Angeles Times try to solve the scale issue by putting links on their pages from third-party vendors to others’ media.

You might see headlines and large thumbnail photos of anything from health and financial tips, to promises of scantily clad celeb-utantes in embarrassing poses. (Look for buttons or taglines like “Powered by…” as in the image here, to see such items.)

But while the publishers can make reasonable incremental revenue for every clickthrough to that media, there’s a risk of diluting the brand — and that’s not just because pictures of bikini clad babes and the latest Kardashian doings might conflict with the tone of the article or video on the page above.

“People leave your site,” an executive of one content marketing technology company said to me, asking that I not use his name. “Publishers are literally destroying their businesses for pennies per click.”

It’s Most Effective When …

Content marketing is most effective for a publisher when it’s done carefully and well.

There are ethics and standards to follow, as I’ve previously noted in a column about The Atlantic’s sponsored content “meltdown.”

Publishers need to clearly label advertising as such, and be careful what assertions are made in any media created. There are also important questions raised if people on the editorial team are helping with content marketing, as Conde Nast discovered earlier this year.

It’s also important to work with marketers to help them understand where the content fits in their marketing strategy, and urge them not to expect the same kinds of metrics as for display ads, such as immediate clickthroughs leading to a quick purchase.

“For us, we’re trying to play on the way top of the marketing funnel, and we never get lower down,” Sherwin said. That means, they’re trying to get people interested, but not to immediately buy a mattress or even, necessarily, fill out a form or sign up for anything.

Good publishers know what quality content is, how to amuse and inform people with valuable media, and not go over the line into pure product promotion.

They can help craft so-called “thought-leadership” media such as sponsored research papers or videos that show multifaceted sides of the kinds of thinking inherent in a company.

Not every company will want that, and not all of them will understand the nuance. Another thing publishers should be willing to do is say “no,” and forego some immediate money for the sake of preserving their own publishing operation long-term.