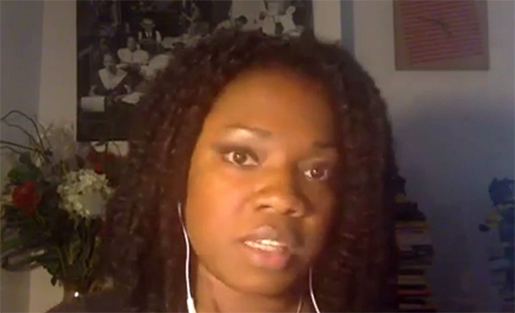 Since time immemorial (or at least the mid-’90s), tech and media companies believed that if you rolled up hundreds of tiny hyper-local news sites it would make a boffo business. So many tried and failed, from AOL’s DigitalCities to Backfence to Microsoft Sidewalk to AOL again with Patch in the 2000s. The lesson again and again was that hyper-locals just don’t scale because then they become a chain, not unlike the newspaper chains that have hit the skids over the past decade. Now that Patch is only a shadow of itself after being spun out from AOL and shedding hundreds of employees, some of Patch’s old employees have struck out on their own, showing commitment to producing local news, according to a Nieman Lab report. Hyper-locals distinguished themselves by focusing and providing in-depth coverage of a specific community — like Brick City Live does with Newark, New Jersey. Publisher and editor Andaiye Taylor started the site in 2013 as a response to a spate of shootings and the media coverage of those shootings. She writes: “I started Brick City Live as a corrective.” And the same disruption that’s hit national news networks are also affecting local news sites. We’ll discuss hyper-local news on this week’s podcast with guests Barry Parr, publisher of the Coastsider; Laura Rich,CEO of Street Fight Magazine; Dylan Smith, editor and publisher of TucsonSentinel.com and chairman of the Local Independent Online News Publishers (LION); and Andaiye Taylor, publisher and editor of Brick City Live. MediaShift’s Mark Glaser will host, with Jefferson Yen producing.

"I decided if the only way I could think of to monetize this business was display ads, I wasn't going to do it" - Andaiye Taylor on starting Brick City Live

Barry Parr is the editor and publisher of Coastsider, a hyperlocal news site for coastal San Mateo County which he founded in 2004. Barry’s online journalism roots go back to the LA Times’s videotex project in the early 1980s. He was on the team that created Mercury Center, the first full newspaper on the web, and CNET’s News.com, the first web-only news site. He covered Internet media for IDC and Forrester Research. Barry’s the Director of Marketing Communications for a software startup in San Francisco.

Laura Rich is Co-founder & CEO of Street Fight, the leading source of daily information and events about the disruption taking place in local. Prior to launching Street Fight, Laura headed editorial teams at Condé Nast Portfolio.com, Inc.com, FastCompany.com, The Industry Standard and Recessionwire, which she co-founded in 2009. She is also the author of Paul Allen biography The Accidental Zillionaire and a former columnist for The New York Times.

Dylan Smith is the Editor and Publisher of TucsonSentinel.com, a nonprofit local independent online news organization. Prior to founding the Sentinel, he was the Online Editor for the Tucson Citizen until that newspaper was shut down in 2009. He also serves as the founding Chairman of the Board of Directors of the Local Independent Online News Publishers (LION Publishers), organizing a group of publishers of more than 130 local news websites across the country.

It’s interesting to look back a few years back when blogs and hyper-local news sites were making yet another comeback. At the time it wasn’t necessarily evident the two were that different apart from subject matter. But in the present, hyper-local news sites haven’t acquired the marketshare of blog networks such as Vox, Gawker and others. (Although, one could argue Gothamist’s city blogs are actually hyper-local news sites.) The difference between the two is evident. Blogs could take on niche and vertical topics, and leverage the growing power of social media networks. But a hyper-local site’s potential audience is limited by geography. This is probably why a national network of hyper-local sites didn’t take off. It’s much more attractive for an advertiser to work with a sports blog network like SBNation (part of Vox) whose demographic is easily identified. Hyper-locals also compete with established regional media organizations with more resources for eyeballs.

That’s not to say there isn’t a place for hyper-local content. The challenge for hyper-local sites is being able to find a sustainable funding model. As we barrel towards a distributed content future, there will be a premium placed on journalism that is original and specific and that’s one thing hyper-local sites have in spades. Plus, a recent Reuters Digital News Report found that 52% of Americans were interested in news about their town and city, a higher percentage than in any other industrialized nation surveyed. The interest is there, as long as hyper-locals can work out the business model online.

How are hyper-local news sites rising above the noise online? Using social media, mobile and location services to connect with audiences?