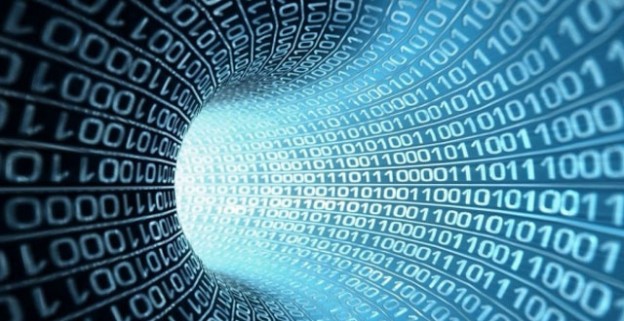 I. Match the debate phrase to the TV news station that repeated it the most.

When presidential candidates debate each other, which sound bites does TV news consider to be important enough to repeat to viewers? How is political TV ad money being spent? How much do different TV channels vary from each other in what they consider to be political news? Do they report en masse, in a pack, or are there greater variations in what’s considered news for increasingly segmented audiences?

"Despite stories of political campaigns turning to microtargeting, neuromarketing, and other new ways to slice and dice the electorate, political TV ads are not going away."

To answer these kinds of questions, one needs data. At the Internet Archive, thanks to the support of the Knight Foundation, we’re launching a new project where we’re gathering the underlying data that will help journalists and researchers dig deeply into television news and TV political advertisements during the 2016 elections.

In early December, the Political TV Ad Archive will go live. We will track presidential TV ads in 20 select markets in key early primary states, providing a library not just of the ads themselves, complete with embeddable video clips, but also underlying metadata on how often they are aired, where, and when, which will be downloadable. We’re also partnering with nonpartisan journalism partners — the Center for Responsive Politics, the Center for Public Integrity, PolitiFact, Factcheck.org, and the Washington Post’s Fact Checker — that are deeply invested in digging up the story behind the assertions and other platitudes voiced by candidates.

How we’re doing it

With the expected deluge of TV ads in the iconic early primary states such as Iowa and New Hampshire, this is a huge undertaking, and we’re expecting we’ll learn a lot along the way. How are we doing it? The 19-year old San Francisco-based Internet Archive already has a rich treasure trove with its Television Archive, including a searchable library of 50+ channels of broadcast journalism, most going back to 2009.

In 2014, the Archive took a first step helping along election media analysis by tracking all the political TV ads airing before the Philadelphia region’s midterm elections. For that pilot project, we partnered with the Sunlight Foundation, the Philadelphia-based Committee of Seventy, and the University of Delaware. The results are archived here, including the Delaware University study that revealed the ratio of local news programming time devoted to political advertising to time devoted to substantive political reporting was 45:1

EBOLA at top appeared in political ad sponsored by American Action Network, attacking Democrat Amiee Belgrade in NJ House race in 2014. Her opponent, Tom MacArthur, R, won the race. See full clip here or by clicking on the image above.

What we learned about process: using volunteers to identify all the political ads on TV was cumbersome and wouldn’t scale if we were trying to capture political TV ads across multiple regions. So this time, with the help of senior engineer Dan Schultz, we are adapting a tool called audfprint, developed by Dan Ellis at Columbia University, an audio fingerprinting tool that enables us to identify ads by matching together streams of identical audio. In other words, the tool can tell us “this 30 seconds of broadcast coverage is just like that 30 seconds of broadcast coverage.” Schultz’s work will all be open source, so that others who want to experiment with large amounts of video may use the technology behind the Political TV Ad Archive to build their own projects.

We’ll use a human to sort the cat food ads from the political advertising, and also to add metadata about the subjects of the political ad, who the named sponsor is, which candidate it mentions, and so on. We’ll also link this information to the Center for Responsive Politics’ data on what legal type entity of sponsor is — is it a Super PAC? A 501(c) charity organization? And so on.

II. In the recent election, what was the ratio of political ads focusing on a proposition to curb Airbnb operations in San Francisco compared to those whose subject was the mayoral race?

Along the way, we’ve also been experimenting with our new capability to deploy audfprint by tracking the presidential debates. Within 24 hours after each of the debates this fall, we’ve crunched the underlying metadata to produce tools that let viewers see which phrases subsequent TV news broadcasts repeat from the debate. It’s possible to dig in and see which channels devote how much time to which sound bites.

In addition, using this tool developed by social scientist Kalev Leeatru, researchers can see how many times candidate names are mentioned on broadcast TV news. Washington Post reporter Jim Tankersly recently mashed up those data with polling data from RealClearPolitics to suggest that Ted Cruz is getting less TV news coverage than his poll numbers suggest he should, while Donald Trump and Jeb Bush have been receiving more.

Despite stories of political campaigns turning to microtargeting, neuromarketing, and other new ways to slice and dice the electorate, political TV ads are not going away. In fact, Kantar Media estimates that $4.4 billion will be spent on political TV ads in 2016 for federal and state races combined. In other words, to paraphrase Mark Twain, the rumors of the death of TV in political advertising have been exaggerated.

At the same time, we have better tools and technology not just to hold politicians accountable for their claims, or who may be pulling the strings behind campaigns, but also to delve deeply into how TV broadcasting filters and digests the news for the public. Stay tuned.

III. What percentage of total airtime for presidential political TV ads airing in Iowa and New Hampshire will be paid for by dark money groups?

C. Get the data to answer this question in March 2016.