Mediatwits #176: The New Social Media Election: How 2016 is Different 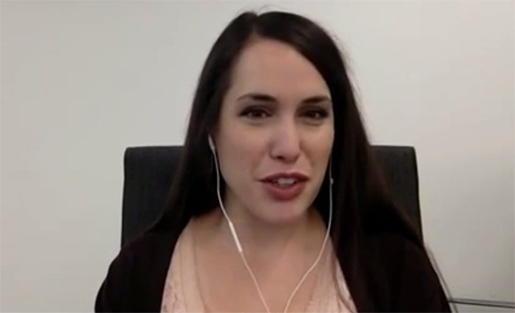 Just how big an effect will social media have on Election 2016 in the U.S.? There are some who truly dislike social media like Nicholas Carr and argue it is ruining politics, that the medium “prizes emotionalism over reason.” But, according to Pew Research, more Americans are using social media to connect with politicians. Since 2010, the share of registered voters who follow political figures on social media has doubled. And it’s not just younger voters; the share of voters 30 and older following candidates nearly tripled in the same time. The 2008 election was called the “Facebook election” because of the Obama campaign’s ability to connect with constituents via social media channels. But even as social media lowered the barrier between the elected and the electorate, it’s given enterprising journalists a new tool to engage with their audience. Take for instance the award-winning campaign to #MakeAlCare by Meghan McCarty at Southern California Public Radio (SCPR), which sought to make one voter care about the local elections. How will this election cycle be different from past ones when it comes to digital and social? We’ll ask guests Hadas Gold, media reporter at Politico; Meghan McCarty, transportation reporter at SCPR; and Josh Stewart, deputy communications director, Sunlight Foundation. MediaShift’s Mark Glaser will host, with Jefferson Yen producing.

"Not every single person is on Twitter or Facebook, however a lot of people are tuning into CNN...that's where they are finding out about [the election]." -Hadas Gold, Politico

Hadas Gold is a reporter at POLITICO. Hadas comes to POLITICO from a wide range of experiences, from following trash pickers in Argentina with the Pulitzer Center to setting up blind dates and chasing fires at her college paper, The GW Hatchet.

Meghan McCarty covers commuting and mobility issues for KPCC. Meghan has contributed to public media outlets up and down California, from KQED in San Francisco and KVIE in Sacramento to KCET TV in L.A. She has reported abroad from South Africa, Germany, India, Israel and the West Bank.

Josh Stewart is the deputy communications director at the Sunlight Foundation.  Josh focuses on anything and everything that furthers Sunlight’s mission of making our politics more transparent and accountable. He previously served in Congress as a Press Secretary and worked in a number of different roles on battleground campaigns for the Senate and the White House. Additionally, Josh holds a master’s degree from The George Washington University.

No media story exists in a vacuum and neither is social media’s effect on the campaign. Think about how live-tweeting has changed the nature of events including those surrounding political campaigns. Among the traditional polls, social media was used as a metric to determine which candidate won the last debate. Then there’s the fact that the debate was co-sponsored by Facebook and CNN. The partnership allows CNN access to some of Facebook’s data while Facebook shows off its video features, presumably to attract advertisers.

Social media campaigns have also allowed previously underrepresented groups to change the national conversation. #Blacklivesmatter was mentioned specifically in the last debate. While Facebook and Twitter have helped such campaigns coalesce they don’t necessarily provide the best venue for discussion. A study by Pew found only 46 percent of Americans were willing to post about a controversial topic – in this case Edward Snowden – on social media vs. 86 percent who were willing to talk about it in person.

There’s also the gaffe factor of politicians without filters. A former candidate running for federal office in Canada, Ala Buzreba, suspended her campaign after it was revealed she had once tweeted at someone to “blow your brains out.” She won’t be the last person whose past social media activity will be used against them, which is probably why Twitter has a guide for politicians who want to use the service.

How do you think social media has changed politics and the election? Has it been a force for good and more voices, or a cesspool of attacks and negativity?