#MediaDiversity: The Struggle Continues, But Solutions Are at Hand 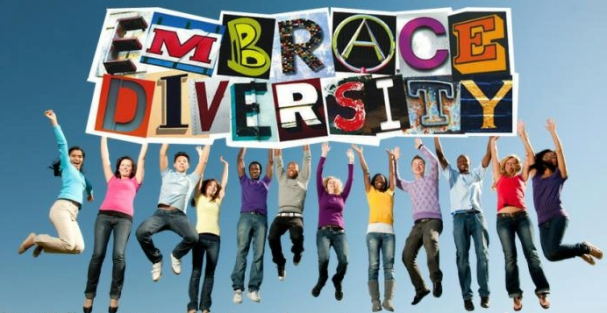 Statistics show that newsrooms have actually become less diverse. Image from All Digitocracy.

Recently, I had the pleasure of being on a panel about media diversity at Bloomberg’s “Power of Difference Summit,” in Washington, D.C. Topics covered included a current look at diversity in journalism, why newsroom diversity is important, the value of having a diverse newsroom, how the media covered Ferguson and the Baltimore riots, along with some solutions.

The moderator was Toluse Olorunnipa, White House correspondent for Bloomberg News. My fellow panelists were Drew Berry, a professor at Hampton University’s Scripps Howard School of Journalism and the owner of Drew Berry & Associates LLC; Richard Fowler of “The Richard Fowler Show;” and Orlando Watson, communications director for black media at the Republican National Committee. Washington Post staff writer Vanessa Williams was unable to participate due to a late deadline.

"Stephanie’s manifesto addresses all the excuses and offers simple ways to override them. It should be required reading for everyone involved in building our workforce or programming. It’s a roadmap, it’s an action plan, it’s a manifesto."

A Manifesto for Change

It was a good discussion, but of course, we didn’t solve the problem. But on my way home, I saw an article from “This American Life’s” Stephanie Foo entitled “What To Do If Your Workplace Is Too White,” written on the Transom website. Stephanie’s manifesto addresses all the excuses and offers simple ways to override them. It should be required reading for everyone involved in building our workforce or programming. It’s a roadmap, it’s an action plan, it’s a manifesto.

I read it and found it had some really great ideas about how public radio can diversify, and there are lessons that other media outlets could learn.

“A diverse staff will lead you to a broader range of ideas. And new ideas bring new listeners. If you’re in storytelling or media, new, competitive, different ideas are the pillars your entire business rests on,” Foo writes. Simple right?

But then it went downhill. A person I admire greatly wrote about Foo’s post on social media, underlining the need for more diverse newsrooms (and this person is someone who has walked the walk in this area). But instead of a civil discussion, the thread devolved into the old arguments like why can’t we hire strictly on merit, why race continues to be dragged into the hiring discussion and even calling Foo racist for her headline that included using the word “white.”

A look at Foo’s manifesto.

So despite the naysayers, the problem is still there. While there are companies like NBC Universal, BuzzTeed and First Look Media that are taking it seriously, the issue of media diversity is far from solved.

Diversity is not just about checking a box for the black, the female, the Hispanic, the Asian or the LGBT person in your newsroom. Ongoing demographic changes that show the white, male audience that media companies continue to case is dwindling, so diversity in newsrooms is actually good business sense. So in case you forgot, here again is how you can start diversifying your newsroom.

I wish this conversation could be over. But it’s not, and considering the direction the country is going in diversity-wise, you ignore this at your own peril.