How to Transform Your Journalistic Career with Data Visualization 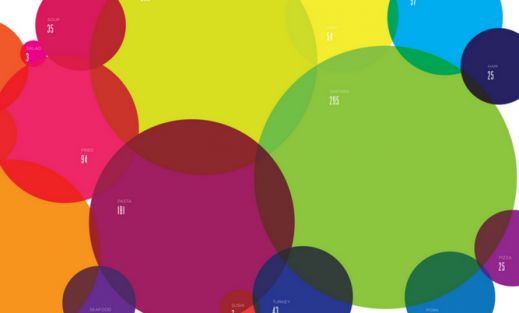 Getting laid off is not always a bad thing for a journalist. In the case of Manuel Benito Ingelmo, it created an opportunity for him to develop something he had been thinking about for a long time.

Benito Ingelmo was a business journalist in Salamanca, Spain, with an interest in statistics and data visualization. He felt that print newspapers were definitely on the way out, he told me in an interview via Skype.

"Not everybody can be Bill Gates. But between Bill Gates and failure, there are lots of possibilities for earning a decent living." Benito Ingelmo

“I wanted to make the jump to a digital publication but I did not want to do the same thing as we were doing on paper.”

So when he was laid off from a small daily in 2012, he took his severance package and began to experiment with how to take advantage of the strengths of digital media — interactivity, instantaneous publication, potential massive audience — to create a journalistic product or service that would build on databases that were already available.

The partners decided to offer media organizations subscriptions to a simple tool that they could use to create their own graphics quickly, with data specific to their province or town, culled from government databases. They called the service Porcentual. They did not want to compete with the big newsrooms that had their own graphic artists and data visualization specialists. Rather they offered their service to television stations and print media that wanted something visually different to illustrate their stories.

In the first years, Benito Ingelmo and his partners invested €12.000 (about US$13,400) to develop the business. He worked from home; his wife’s job and income were a big help.

Gradually, they gained subscribers. Among the first to sign on were a public relations news wire, PR Noticias, as well as some major names like La Razon and a media group called Prensa Iberica. Now Porcentual has more than 80 clients, including such major names as El Huffington Post and 20minutos (in the graphic below), La Opinion and Antena 3 Noticias.

In the first nine months of 2015, Porcentual has already generated 170 percent more revenue than it did in all of 2014, Benito Ingelmo said. He did not want specific figures published, but he and one of the partners are collecting a salary and contract with programmers to build the digital tools.

The graphics and widgets that Porcentual’s clients insert in their pages are updated automatically from government databases on the economy, unemployment andelection results. The graphic at right shows the Sept. 27 vote for the provincial parliament in Catalonia, by political party. The columns at right show how the city of Cadaques voted.

For other journalists who want to create their own media, Benito Ingelmo, 41, offers this advice:

He believes that the best business model is one that has many clients paying lower rates rather than a few clients paying higher rates. With the latter model, “when the day comes that you lose a client, it’s a disaster. We put our confidence in the model of micropayments.”

“Not everybody can be Bill Gates,” he added. “But between Bill Gates and failure, there are lots of possibilities for earning a decent living.”

James Breiner (@jamesbreiner) is a Knight International Journalism Fellow and created Latin America’s first digital journalism center at the University of Guadalajara. For two years, James was the director of the master’s program in Global Business Journalism at Tsinghua University in Beijing. James now writes for his blog, News Entrepreneurs, and is a visiting professor of communication and digital art at Tecnológico de Monterrey in Mexico.