How Digital Ads Could Give TV a Run For Its Money 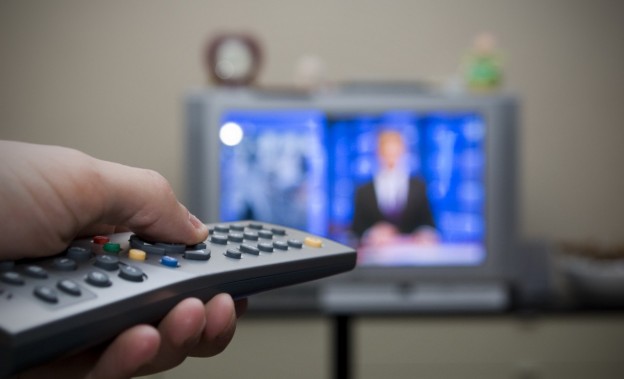 For years, the digital world has vowed to move TV ad dollars online. Many believed that simply flaunting some of digital’s key features, such as geo-targeting and cheap impressions, was enough to prove itself a better option than television. But despite a commitment to capture TV’s market share, digital has only succeeded in taking small chips off of this multi-billion dollar industry.

"In the growing fight for ad dollars, digital players must distinctly distinguish themselves in the market, while demonstrating the same key benefits that continue to draw advertisers to television."

The idea of TV and digital convergence, while ideal in theory, remains far from reality. There currently exists no measurement compatible for both mediums, and therefore no metrics telling advertisers to choose digital over TV. And despite attempts, measuring digital the same way TV is measured is not the solution. TV and digital are two different products. For digital to succeed in the quest for TV’s dollars, it must differentiate itself while proving it can provide advertisers with the same, if not better, benefits than TV has for decades.

With no direct measurement correlation between the two mediums, digital has been slow, and frankly ineffective, at capturing TV dollars. While digital players have attempted to address this problem, such as Facebook’s recent announcement on new TV-like measurement capabilities, the solutions always prove ineffective. These measurement systems will continue to prove useless as long as they are backwards compatible. In an industry that continues to evolve, what worked in days past will no longer be adequate for an industry that will likely look very different five years from now.

Instead, digital must look to a solution that supports the future state of media and provides apples-to-apples comparison to TV. The attempt at mimicking – trying to make digital “look like” TV – will not succeed in digital’s quest to capture ad dollars. For one, where TV succeeds, digital still struggles. If there is any chance at crumbling TV’s dominance, digital players must instead focus on demonstrating that they provide similar, if not better, solutions.

Television’s decades-long reign has been sustained by several key benefits it provides advertisers. Digital properties must exhibit these same qualities to advertisers and offer a compatible measurement system if there is any hope for capturing market share:

Purchasing ad space on TV isn’t difficult to do. There are plenty of places to go, campaigns are easy to execute and easy to manage. Programmatic technology has enabled digital to provide some of this ease (particularly with execution), but the landscape is complex and not as straightforward as TV. Television’s ease has made it accessible to brands of all shapes and sizes, and this is an important factor in the medium’s dominance.

TV provides advertisers with the ability to reach a vast audience with little effort. One 30-second spot can generate 11 million impressions, if not more.  As a medium, television has always been about reach. Digital, on the other hand, is about frequency, and as a result, requires more effort and more placements to achieve a comparable scale.

Television placements provide clear transparency. When a TV ad runs, there is no doubt that it can be seen. There’s no ad blockers to worry about or screen placements, and tracking that an ad played from start to finish is elementary. Digital impressions, however, continue to struggle with viewability and advertisers don’t receive the same viewing guarantee that TV does.

There is no fraud

While the standard measurement for television is flawed, measurements don’t take into account fake audiences the way some digital impressions do. Advertisers that run a campaign on TV can be certain that real people are genuinely tuning in and will see their message. Digital content, however, continues to struggle with massive fraud.

In terms of relative cost, television is a fairly affordable medium for advertisers. One ad can reach millions of viewers, and this pushes the cost per mille (CPM) down. Purchasing a cable TV spot in primetime for a particular demo, for example, would generate a CPM in the $18-$19 range. A similar ad buy on premium video sites with the intention of reaching the same audience size and demographic, would equate to around $30 CPM. This is simply because TV has a lot more supply to work with.

In the end, advertisers continue to buy TV impressions because they work. Brands see an ROI for their TV spend, and therefore will continue to allocate dollars to the medium that provides a direct correlation between ad spend and customer acquisition. Digital, on the other hand, remains inconsistent and difficult to measure how it could be better.

In the growing fight for ad dollars, digital players must distinctly distinguish themselves in the market, while demonstrating the same key benefits that continue to draw advertisers to television. Looking to measurements that are relevant to the digital world, but also prove to advertisers that these impressions offer the same benefits as TV, is the only way digital will succeed in capturing TV’s market share. We’ve seen signs of an industry shift towards this way of thinking, particularly with the recent comScore and Rentrak union. If the digital world can prove to advertisers that they provide the results-driven, guaranteed solution that TV does, that’s when the dollars will follow.

Rob Byrnes is senior director, programmatic sales at Gamut, where he leads the programmatic and political strategy. With nearly 20 years of ad sales experience, he is a true cross-media expert.  Before joining Gamut, he led sales strategy and planning teams for both TV and online ad sales teams. He has worked at several major media companies, including NBC Universal, ESPN, Meredith and Gannett, where he helped establish the programmatic strategy and capabilities. Rob received a degree in journalism and business Communications from Baruch College.