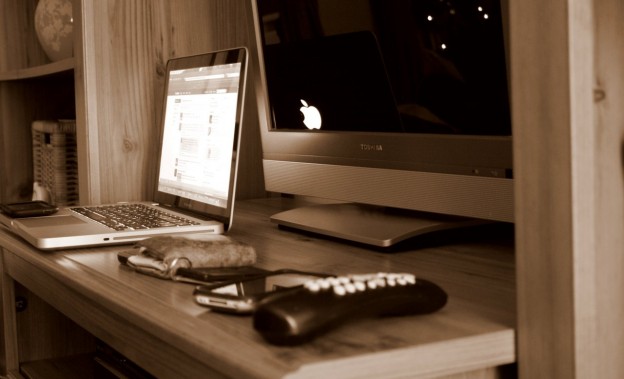 By nearly any measure, there is a tremendous amount of interest in the 2016 U.S. presidential election. Television ratings for the first two Republican presidential debates have been through the roof, and the dialogue and drama that surrounded both events have given Wrestlemania a run for its money. None of this is particularly new, but what will be new, and play a massive role this election cycle, is streaming video.

"Voters will be able to see important moments, soundbites, and gaffs as they are happening, or a few short minutes later, and well in advance of the evening news or the next day’s paper."

In 2016, the massive volume of video content will help voters decide who is elected as the next President of the United States. Video of all types — live, on-demand, streaming, device-driven — will play a significant role in how candidates convey their message. Video will represent one of the primary ways voters connect with candidates and, as well as how a new generation of voters learns more about them.

The Power of Streaming

To be clear, streaming video has been a campaign element before. The 2012 Obama presidential campaign used video snippets to drive fundraising while the candidate was on the trail, honing his stump speech. The amount of money given in the minutes and hours after these “behind the curtain” videos, which showed the candidate backstage just before making a speech was orders of magnitude higher than the standard donation volumes before and after the video was posted. The campaign recognized the value of these snippets of content, the exclusive feel of the video and the growing demand for content produced in this intimate way.

In the intervening years, technology has evolved to the extent that it will help create experiences and simplify workflows that define how events unfold in our lives. Social networks continue to play a massive role in how we discover and consume digital media and this election will advance this trend. While Facebook and Twitter were part of the 2012 campaign, they will profoundly shape this election season. You can expect them to figure prominently in how each campaign positions their message to voters and how voters receive them.

Video technology has also progressed. Device-driven apps like Meerkat and Periscope have changed the way people create and consume video on smartphones. By enabling users, and in this case politicians, to easily share their experiences, live, to the world, viewers can feel like they are right there on the campaign trail and witnessing an unmediated view of the candidate. This cultivates a sense of trust and empathy, which research shows have a powerful impact on voting behavior.

In addition, the 2016 candidates now have access to technology that enables them to easily extract short video clips from live feeds. Shortening the video to bite-sized bits makes them more shareable on social media. According to video production marketplace Veed.me, the optimal video length on social media is “as short as possible,” and certainly under two minutes. People are more likely to watch shorter videos, and shorter videos translate into a more engaged audience.

The ability to live stream experiences and put sound bites on social media in-the-moment will have a have profound impact on the way information is disseminated. Voters will be able to see important moments, soundbites, and gaffs as they are happening, or a few short minutes later, and well in advance of the evening news or the next day’s paper. Politician’s communications office, press conferences, and journalists won’t maintain their centrality to campaigns, since candidates have a direct way to connect with voters.

For many voters, especially younger ones, Periscope, Meerkat and perhaps even Facebook mentions will be the only way they hear a candidate speak live. Smart political campaigns are making these platforms an important part of their logistical plans at each and every campaign stop.

The cloud will also play a role in this election, maturing significantly from the 2012 campaign. Some campaign teams may choose to elevate their video efforts and go beyond just the smartphone; they will add more production value by using a laptop and camera to live stream from a campaign stop or on the bus between them.

Streaming technology has developed such that these teams are no longer dependent on a full-scale television production infrastructure through which the video signal is passed. Now, they can use a simpler setup and push a single stream to the cloud using LTE or Wi­Fi and have it delivered to larger audiences. Audience engagement is critical, especially with services like Meerkat and Periscope. These platforms offer a perfect fit for the candidates to reach the viewer, and take and answer questions as the event unfolds.

As we approach the general election, and then the inaugural speech, I predict that live streaming numbers will spike. Members of the younger, smartphone-­first generation will turn to their smaller screens to keep abreast of vote tallies as they are counted into the night, and as our new president begins his or her term. From now and into the future, presidential campaigns will be streamed.