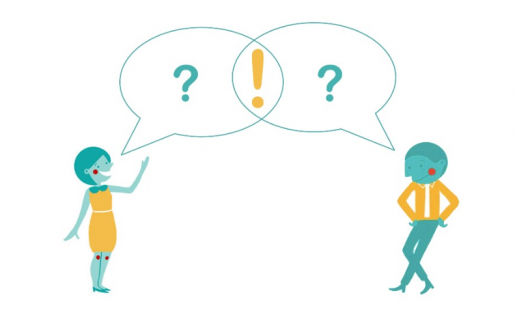 Three New Jersey newsrooms are launching Hearken projects that aim to reimagine how journalists and the public can work together to investigate the issues that communities say matter most to them. Image from Medium.

This piece was co-written by Josh Stearns.

Good journalism often starts with questions. But where those questions come from matters. A lot of the questions journalism answers begin in the newsroom, they are born out of a meeting, or as a hunch, or in an interview.

"At the heart of our work is a fundamental belief that community-led journalism like the kind Hearken embodies and nurtures is not only the key to the financial stability of local news, it is also a vital pathway to building better, more vibrant and connected communities."

That is the vision that inspired WBEZ’s Curious City, a reporting project that lets the community ask, vote and then help answer each other’s questions. Jennifer Brandel, the founder of Curious City has now expanded this model internationally under the umbrella of Hearken.

This week three New Jersey newsrooms are launching Hearken projects that aim to reimagine how journalists and the public can work together to investigate the issues that communities say matter most to them. Brick City Live, New Brunswick Today and NJTV are some of the first newsrooms in the country to adopt the Hearken platform; they will be leading the charge to collaborate with the public on community-driven stories across the state, further establishing New Jersey’s reputation as an innovator in local news.

Each of the three sites has a Hearken widget on their site where anyone can ask a question that they are curious about. How often are Newark buildings hit by lightning? Are there secret tunnels under the Rutgers campus? Which New Jersey communities have the most polluted water? Anything you can imagine. Anything you are curious about. The public then votes on what question they want to see answered, and the person who asked the winning question gets to come along with the journalist and help investigate and report the answer.

“Suddenly, everyday people are represented in the news without needing to have done something notably terrible or remarkably wonderful,” writes Brandel. “Newsrooms get stories no other newsroom is doing, and stories that are directly relevant to their audiences. And members of the public get to share in the super power that reporters have long had: the ability to ask questions and get answers from just about anyone, including people in power.”

The result? The Hearken model helps produce stories that are original, relevant and popular. And the local newsrooms testing this approach, becoming astute listeners, investigators and collaborators creating stories with the communities they serve.

The Curious New Jersey partnership is a unique collaboration bringing together public TV with two for-profit hyperlocal online newsrooms. It is also the outcome of a funder collaboration: the project is part of the Geraldine R. Dodge Foundation’s journalism sustainability project which is funded by Knight Foundation to experiment with new community engagement and revenue models for local news. Additionally, both the Rita Allen Foundation and the Wyncote Foundation are supporting this work.

Such a diverse group of funders, coming together to support this project, should send a message about the promise we see in this approach not just for these three sites but for journalists across NJ and the country. Yes, this is a pilot project, but it is also us putting a stake in the ground for the kind of community-driven reporting we value.

In addition to the funders, the newsroom collaboration is being coordinated by Montclair State University’s Center for Cooperative Media. With this project New Jersey is proving that local news can be hugely creative and deeply committed to serving its communities.

We Believe. Do You?

At the heart of our work is a fundamental belief that community-led journalism like the kind Hearken embodies and nurtures is not only the key to the financial stability of local news, it is also a vital pathway to building better, more vibrant and connected communities. News is a civic tool that the public is eager to put to use, but are rarely given the opportunity.

We imagine a future in which newsrooms and communities are genuinely invested in each other’s success. If you share that vision too, we know that this manifesto, adapted from Brandel at Hearken, will resonate with you as much as it does for us.