Thinking of Starting a Podcast? Read This First 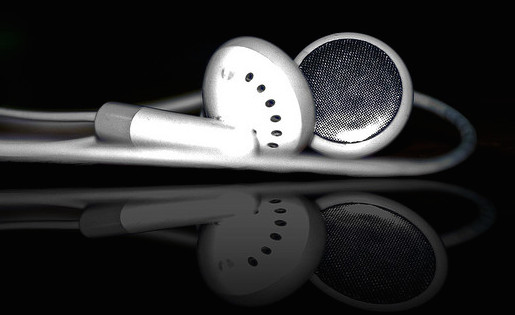 Podcasts first popped up on my radar about 10 years ago, when the trend, fueled by RSS and file sharing technology, was just starting to boom. I loved the concept but couldn’t figure out how to create one in a way that fit into my career as a freelancer writer. Even if I had the time, the technology that existed to create podcasts were off-limits for all but the most savvy Internet users.

A decade later, that barrier to entry has drastically changed. Third-party platforms like Stitcher and Pocketcasts have made finding, consuming and sharing podcasts simpler than ever. Meanwhile, cars are now coming off the assembly line with technology that gives commuters the chance to tune into a favorite podcast from the road. Add in the runaway success of Serial, and it’s safe to say that the format is experiencing something of a golden age.

"Starting a podcast is a serious commitment, and for freelancers already strapped for time and money, a risky business proposition. But the rewards -- both creatively and financially -- can be huge."

I’ve been podcasting for a little over two years now — focusing on the home, parenting and family niche — and have witnessed the recent explosion in popularity firsthand. In fact, the buzz over podcasts has grown so much that I launched a small lifestyle podcast network three months ago. Surprisingly, my podcast audience and traffic continue to grow at a faster rate than my blog traffic. And judging by the enthusiastic emails I get from listeners every day that include words like “obsessed” and “hooked,” it seems there’s a burgeoning audience hungry for more content.

But does that mean you should jump on the podcast bandwagon? Starting a podcast is a serious commitment, and for freelancers already strapped for time and money, a risky business proposition. But the rewards — both creatively and financially — can be huge.

For all the future Ira Glass’s hoping to take the plunge, here are some questions worth asking.

HOW MUCH TECHNICAL ABILITY DO I NEED?

You need to be willing to take some time to figure out how to set up a microphone, purchase recording and editing software, get your feed set up and list your show on iTunes and a variety of podcast platforms.

It can be a complicated task, especially for novice techies, but luckily there are plenty of resources available. I’ve linked to several tutorials and helpful how-tos in my blog’s Podcasting 101 tutorial.

This technology hurdle can be a good early test. If you’re willing to put in the effort needed to get off the ground, that likely means you’re passionate enough to record and publish consistently in the future.

HOW MUCH MONEY AND TIME WILL I NEED TO INVEST?

This depends on a lot of factors: How serious do you want to get right off the bat? Will you be interviewing others from a distance or recording everything in your own home or office? Do you already have some kind of editing software on your computer?

It’s definitely possible to start a podcast with a $25 microphone and simple (or even free) editing system, so don’t let costs get in your way. However, if you have a few hundred dollars to invest up front, you’ll make it much easier for yourself by spending more. I started with a Rode Podcasting microphone and boom system that cost around $300, and I admit it’s been very beneficial to have great audio right from the get-go. You’ll also need to consider the cost of hosting your show, though when you’re just getting off the ground, it won’t be a lot — my host Blubrry.com offers packages starting at $12/month.

But regardless of how much money you spend, when it comes to time, the opportunity cost will be steep. When I first started podcasting, each episode would take me about an hour and a half of recording, plus another hour or so to edit. Add in writing the show notes, promoting the show and scheduling interviews with guests — we were looking at potentially four hours to produce a 50-minute show.

Now that my husband (who edits my shows) and I have a streamlined system in place, we’ve whittled it down to less than two hours of production time per show, but it’s still a significant investment of energy during the week. And whether that investment is worth it or not depends largely on the answer to the next question.

HOW MUCH MONEY CAN I MAKE?

You can definitely make money, but as with blogging or any other media format, the amount you’ll be able to command varies substantially. For example, I currently earn anywhere from $250 to $600 per show, but that number is based on pulling together several revenue streams, and also depends on the strength of my platform outside of the podcast itself.

There’s no way to predict how much money you’ll be able to earn right off the bat, and you might have to get creative to piece together a decent income. But for a general overview, here are some of the ways podcasters monetize:

According to podcasting guru John Lee Dumas, ad rates hover around $18 per CPM for a 15-second pre-roll spot (at the top of your show) and $25/CPM for a 60-second mid-roll placement (at the middle of your show).

That means that for every thousand downloads, you’ll earn between $18 and $25. I’ve found these numbers to be accurate when working with an ad network, but in my experience, most ad networks require you to have a fairly substantial following (some ask for at least 10,000 downloads per episode) before they’ll sign you.

For those under that threshold, there are several other valid monetization options to consider.

Listen to podcasts for a while, and you’ll hear the same sponsors come up again and again: Audible, NatureBox and SquareSpace are just three of the brands I hear on a regular basis. Many of these sponsors are operating on an affiliate system, in which you can earn money based on the number of sales or subscriptions your particular show drives to the company.

I’ve had luck searching for brands and products I love via networks like ShareASale.com and then applying for membership in their affiliate programs. You can also try searching for “brand name podcast affiliate program” to see if there is a more direct way to apply. Additionally, I like to include Amazon Associates links in my show notes when I’m linking out to products or books mentioned in the show. All these strategies together make me about $15 to $25 per show — definitely not enough to be profitable, but depending on the topic and audience of your show, you might do better.

Like blogs, many podcasts don’t generate money directly — but they can be an important part of a freelancer’s overall platform. A popular podcast can help drive traffic to your work, increase credibility and lead to more bylines or projects down the line. And, especially if your show is about your line of freelance work, it could potentially put you in front of people capable of hiring you later on.

Podcasts have also become a great way to build a stronger relationship with your audience. There’s something intimate about the human voice that can’t be captured in writing, and I’ve found that my podcast has helped me develop more loyalty amid my blog readers. Every week I get emails from new listeners who have purchased one of my books or want more information about a course I’m putting together based on something I said during a podcast.

No Agenda, hosted by Adam Curry and John C. Dvorak, is a great example of a podcast with a highly engaged audience that is willing to support the show through donations. Curry and Dvorak have to do a fair amount of fundraising in each episode, but they make it fun for listeners and donators alike by cheerfully wielding peer pressure — a technique that can be quite effective with a passionate, grateful niche audience. If your show is particularly controversial or not sponsorship-friendly, this might be the route for you.

When it comes to the nitty-gritty of actually collecting donations, Patreon is a popular service among podcasters.

This is the model I’m currently following, since my shows don’t yet have the numbers to earn much money from large advertising networks. While my listenership isn’t huge, I have a blog and several social platforms with a decent-sized following — about 25,000 social follows and 50,000 page views per month — so I’ve pitched my podcast as just one part of an integrated, multi-platform sponsorship package (social promotion, links in that episode’s show notes and sidebar advertising are generally included in that price). Selling your own sponsorship packages lets you to reach out to companies that are a strong match for your show.

My final piece of advice? When it comes to podcasting, think outside the box — don’t wait for permission, and don’t be afraid to do things your own way. We’re still in the Wild West of audio content creation — there are no rules. You’ve got plenty of time to experiment. Oh yeah, and always remember: NPR wasn’t built in a day.