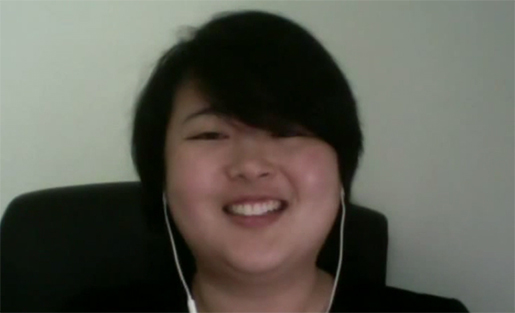 The Washington Post's Hayley Tsukayama joins the Mediatwits on Sept. 3, 2015 to discuss how ad blocking on mobile phones will affect publishers.

The mobile web. We’ve described it as the future of news. Now it’s time to address why “the mobile web sucks.” The reason is pretty simple: ads bog down load times. So it’s no wonder Apple is allowing ad-blocking software in the next iOS update. Owen Williams at The Next Web tested a beta version of the feature and found load times were halved on news sites. According to a report by comScore, 43 percent of all time spent on mobile websites came from iOS accounts. This is bad news for publishers, given that they are already struggling to convert mobile traffic to revenue. Social platforms such as Facebook, Twitter and Snapchat created ways to interact natively with publisher’s content because the mobile experience is so bad. Apple is too. The latest iOS update will also include their News app which will have more than 50 publishers at launch. This week we’ll discuss mobile ad-blocking both the positives and negatives. Our special guests include Mathew Ingram, senior writer at Fortune; Patrick Kulp, business reporter at Mashable; Hayley Tsukayama, tech reporter at the Washington Post; and regular guest Andrew Lih at American University. MediaShift’s Mark Glaser will host, with Jefferson Yen producing.

"If I had the answer to that, I'd be doing that instead of this" - Hayley Tsukayama on how publishers can cope with diminishing ad revenue.

Patrick Kulp is a Business Reporter at Mashable. Patrick covers brands, advertising and ad technology. A graduate of UC Santa Barbara with a degree in political science and economics, he previously worked at the Pacific Coast Business Times.

Hayley Tsukayama covers consumer technology for The Washington Post. A Minnesota native, she joined The Post in 2010 after completing her master’s degree in journalism.

If you want to understand why ads are throttling speeds on mobile you just need to dive into the code like Rob Leathern. Writing on Medium, Leathern found that even though he only saw two ads on NYPost.com, 10 megabytes worth of data was being downloaded. Even though he couldn’t see them, large stills for video ads were loading in the background. This type of advertising is never seen, and really shouldn’t be charged to ad-buyers, according to Leathern, saying the industry only has itself to blame for the coming rise of ad-blocking software.

But not all ads are blocked equally. For a fee, companies such as Google can have their ads bypass the software. What does this mean for publishers? Most likely, falling revenue says Jean-Louis Gassée at Monday Note. Sites that can sustain subscriptions like the New York Times will suffer less but it’s doubtful all websites can garner that much support. An alternative Gassée suggests is a single marketplace where consumers can buy articles in something akin to Apple’s News app. Unfortunately, he doesn’t believe there’s enough revenue to be generated to make it worthwhile.

How do you think mobile ad-blocking in iOS will affect your mobile news experience? Can publishers bypass the problems with better ads such as native ones? What are other options for publishers?