Can FOIA Get its Groove Back? 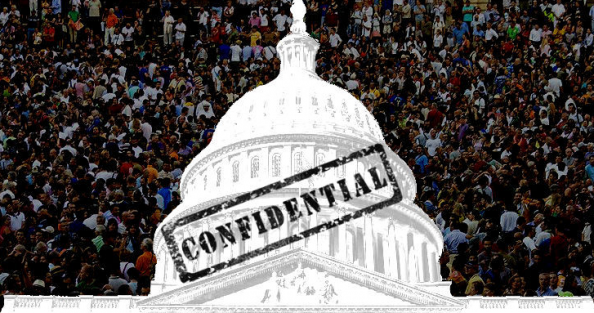 FOIA allows anyone to request public records from federal agencies. Image from Flickr

The Freedom of Information Act, or FOIA, is getting its groove back. That law, intended to secure to “the people” the right “to know what their government is up to,” allows you, me, anyone to request public records from federal agencies. The Supreme Court has cautioned us that it “should not be dismissed as a convenient formalism” but rather recognized as a “structural necessity in a real democracy.”

If news coverage is any indication, no one is dismissing FOIA as a formalism. Recently, this invaluable law has caused the disclosure of documents relating to the CIA’s snooping on the Senate Intelligence Committee, classified legal reasoning for extrajudicial killings of Americans abroad, and now communications of former Secretary Hillary Clinton while at the State Department.

"Under the “most transparent” administration in history, the gap between rhetoric and reality is breathtaking. If the Obama Administration really cares about transparency, it should direct its agencies to – at long last – give up the ghost."

But FOIA’s current popularity is rivaled by the magnitude of its problems. Agencies are backlogged with requests, which translates into responses months or years later—not days as required. Agencies abuse the bases for withholding records. (One such basis is used with such abandon it earned the “Withhold It Because You Want To” label. Last year, the DOJ sabotaged a reform bill that would have narrowed it.) And, agencies often deny requests outright assuming that the requester won’t sue, only to comply once a suit is filed. These problems have worsened under the current Administration, which ironically had promised to be the most transparent one in history.

This Administration’s agencies also abuse FOIA’s extremely important fee provisions. Normally, FOIA allows agencies to assess fees for processing requests, but it limits fees when the requester is a “representative of the news media” among other things. The reason is simple: it encourages requests where the public is the principal beneficiary of the information it learns from a journalist’s reporting on public records uncovered through FOIA.

For some time, it has been suspected that agencies use processing fees – described by one commentator as “toll gates” to public information – to discourage requests. Vice News, for example, reported this year that the Drug Enforcement Agency responded to a FOIA request relating to the capture of a drug lord by claiming it would cost $1.4 million to process. And, multiple agencies use long-outdated regulations that narrowly define who qualifies for waivers of such fees to improperly exclude those who are entitled to them by law. These regulations, however, conflict with recent amendments to FOIA clarifying that independent journalists, bloggers, and the like are entitled to waivers on the same terms as other media.

This summer a federal appeals court in D.C. finally rebuked this regulatory shadow game. In Cause of Action v. FTC, it considered an FTC decision to deny a fee waiver to a non-profit, advocacy organization. The organization then sued, asserting it was entitled to a fee waiver as a member of the media because it published information online.

The organization was right. The court reaffirmed that a fee waiver is available to anyone who gathers newsworthy information and uses its editorial skill to report and distribute it to the public. It did not matter, the court explained, whether the news media requester distributed its work by posting “content to a public website…rather than have it delivered to their doorsteps.”

Frustratingly, the case was born entirely of the FTC’s stubbornness. As a result, that agency was forced at oral argument in front of the court to concede several positions, and even the court scolded it for “press[ing] erroneous interpretations of FOIA…in its own regulations.”

The Right to Know

The open secret, though, is that the FTC is not alone. Numerous agencies, like the CIA and the Federal Election Commission, have similar regulations rigged to deny fee waivers to the press – and interfere with the public’s right to know. They require a representative of the news media to be or to work for an organization that is “organized and operated to publish or broadcast news.” But that decades’ old language is obsolete, as the federal appeals court clearly explained: “Congress…omitted the ‘organized and operated’ language when it enacted the statutory definition in 2007 [amendment].”

The Department of Justice too has the same language in its regulations, which is especially questionable since it opposed the 2007 amendment removing it precisely because the DOJ recognized that removing the “organized and operated” language would “expand[] the definition of ‘representative of the news media,’ and thereby exempt[] a larger class of requesters from the obligation to pay” for requests.

What’s worse, other agencies continue not only to use this obsolete language but reaffirm it in new rulemaking procedures adopted after Congress specifically rejected it. (Agencies have agency-specific regulations relating to FOIA.) The Department of Homeland Security and FEMA, for example, are currently proposing new, erroneous rules that would continue to grant waivers only to organizations that are “organized and operated to publish” news.

This state of affairs would be troublesome under any administration. Under the “most transparent” administration in history, the gap between rhetoric and reality is breathtaking. If the Obama Administration really cares about transparency, it should direct its agencies to – at long last – give up the ghost. Agencies should update their regulations to match the law and give the public back its right to know what its government is up to.

Matthew Schafer is a media lawyer at Levine Sullivan Koch & Schulz, LLP in Washington DC, where he regularly litigates open government issues. While studying at Georgetown University Law Center, Matt interned for the office of the general counsel at National Public Radio, where he focused on the Freedom of Information Act and privacy matters. Matt also graduated with a Masters of Mass Communication from Louisiana State University. His thesis work focused on First Amendment problems associated with subpoenas compelling national security reporters to disclose the identities of confidential sources. The views expressed herein are his own and do not represent those of Levine Sullivan Koch & Schulz, LLP or its clients.