A Data-Driven Approach to the Culture Beat 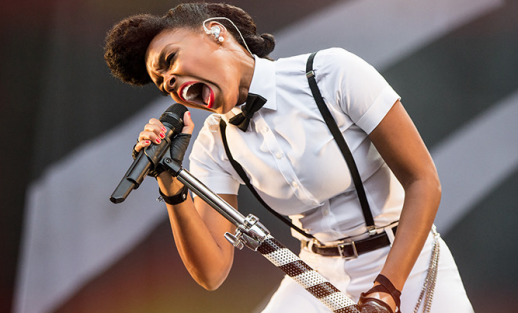 At this year’s NICAR event, I attended an hourlong panel called “50 Ideas in 60 Minutes.” I sat, doing my best to keep up as journalists Tyler Dukes and Mc Nelly Torres dexterously moved through a slideshow highlighting some of the most compelling data-driven news stories from recent years, succinctly describing each one in under a minute.

The stories they showcased were impressive, both for their rigor and for their ingenuity: Why are school superintendents in North Carolina making so much money? Does America really have an arson problem? Who, exactly, pays for a city’s elaborate sports complexes? And what, exactly, is in the food you purchase when you visit these stadiums?

"Data stories often reveal ugly truths about the state of our affairs as they relate to public debt, health, safety, consumer regulations and more."

WRAL found that NC superintendents’ contracts were packed with perks.

Data stories often reveal ugly truths about the state of our affairs as they relate to public debt, health, safety, consumer regulations and more. The renewed attention data journalism currently enjoys is mostly associated with stories like the ones above. But we can use data for more than watchdog or investigative reporting.

The Culture of Data

“When people think of data, they think of finance, business and public affairs. But really, data is anything you count or collect on any subject,” says Dan Nyugen, visiting data journalism professor at Stanford.

True. We really can count anything. So while political, business, finance, health reporters and others use data for their beats, how can culture editors and reporters use data techniques to help us do our jobs better?

Culture is a big word, I know. But let’s think of it the way scholar and culture journalist Jeff Chang does in his masterful chronicle on American culture, “Who We Be,” as the realm in which various elements — race, identity, music, art, memory, stories, sounds, and images — collide to tell us something about what we think we are and what we think we are not.

Getting access to public records, the bedrock on which most of today’s data journalism stands, won’t always be the solution to addressing sticky cultural questions. And that’s good news: Data journalism for cultural reporting relies heavily on data sets reporters collect on their own. It’s what YouTube star and Fusion writer Akilah Hughes did when she spent one month counting how many times YouTube promoted its black video creators through its Twitter feed. (The answer is a sad 15 times, if case you were wondering.) It’s what I did a while back when I wrote about R&B groups. (Billboard charts are one hell of a data set.)

And data journalism that doesn’t rely on public records is still reporting that can do some public good. When it comes to what kinds of entertainment audiences really want and are willing to pay for, how often do entertainment execs get it right? The Washington Post’s Alyssa Rosenberg asked this question over a year ago, just as FiveThirtyEight was launching its data-driven site. She wrote:

The entertainment industry holds up as sacred any number of assumptions that deserve a rigorous, numbers-based fisking, among them that female leads cannot carry movies and that international audiences dislike black actors … Vida has made headlines in recent years with its count of female book reviewers in prominent literary publications. It would be useful and important to extend that project to look at race, and to explain whose books are getting reviewed and to determine what effects those reviews actually have to bolster the case for a more diverse reviewer corps or a broader selection of books.

The Internet is brimming with cultural opinion and analysis. We constantly consume culture, write about it, tweet about it, create memes about it and then debate those reactions and opinions online. Numbers bring important context to cultural trends and shifts in social media, music, art and to race and identity. Applying a data-driven approach to the beat might help us make sense of it all.