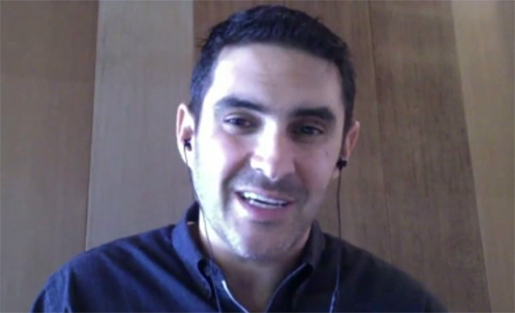 We’ve covered cord-cutting from cable for years, but now there’s no doubt about it: it’s real, it’s here and media giants will need to get used to it. Variety reported that pay TV had its worst-ever quarterly subscriber declines in the second quarter, losing more than 500,000 subscribers. The number of pay TV households is now shrinking nearly 1% per year, according to MoffettNathanson. And media companies, in case you hadn’t heard, took a beating last week. It all started when Disney executives revealed that cable and satellite subscriptions are down. In a conference call, Disney’s CEO said he’d consider selling ESPN to direct consumers if subscriptions continued drop. This caused investors to sell off shares in Disney, Time Warner, Viacom, Dish Network and 21st Century Fox, which lost nearly $60 billion in value over three days. Naturally, the woes of paid TV didn’t hurt Netflix which saw its stock price spike as other media stocks slid. This comes following last month’s stronger than expected earnings report for the company. Netflix also reported strong subscription numbers touting its original programming. Joining us this week to discuss the future of pay TV and streaming are Jeanine Poggi of Ad Age; Eric Elia of Cainkade: Trey Williams of MarketWatch; and regular Andrew Lih of American University. MediaShift’s Mark Glaser will host, with Jefferson Yen producing.

"People aren't going to leave paid tv, they're just going to pay somebody else, and the value of a bundle will still be there," - Eric Elia on the drop in cable television subscriptions.

Jeanine Poggi is a TV reporter at Advertising Age where she covers how broadcast and cable networks and distributors are adopting to the changes in the world of TV advertising. She joined Advertising Age in 2012, following six years covering the retail and media industries and other financial sectors for Women’s Wear Daily, Forbes, and TheStreet. She tweets @JPoggi

Trey Williams is a corporate finance reporter for MarketWatch, covering technology, TV and entertainment. He hails from Kansas City, Missouri, though calling New York home is more fun. He had no idea in college that numbers and media could be so much fun. Find him @Trey3Williams

Over the past year, we’ve described how you can make cutting the cord viable. Streaming services such as Netflix, Hulu and Amazon let you watch all your favorite shows with just a bit of a delay. “Skinny” bundles from Sony’s Vue, Dish’s Sling TV, Verizon or Apple TV let you be more selective when paying for channels. Each is another step towards a la carte television. But you’d still have to pay if you wanted live sports. Or so goes the conventional wisdom. So when Disney’s Robert Iger speculated on a future with direct-to-consumer ESPN you could understand why the market panicked. Without the cable bundle, we might see some of the smaller channels disappear.

Some say we’re living in the “golden age” of television. You used to only see prestigious, thought-provoking shows on HBO or Showtime. But shows such as “Mad Men,” “Breaking Bad,” and “Mr. Robot” proved that even smaller networks can have “it” shows. The definition of what constitutes a network has been challenged by Amazon and Netflix. Both have shown, with varying degrees of success, they too can craft prestigious shows. More importantly, they showed you don’t have to have a TV to watch great TV. As cable TV continues to lose eyeballs it will also lose ad dollars and carriage fees. Networks are already slotting in more ads to make up for lost ad revenue. Pay TV is just the latest victim of digital disruption, after music, newspapers, news weeklies, print books, and others.

Do these latest developments signal even more cord-cutting and streaming services? Will we see the TV bundle die and if it does what dies with it?