How to Build Data Journalism Products for Users 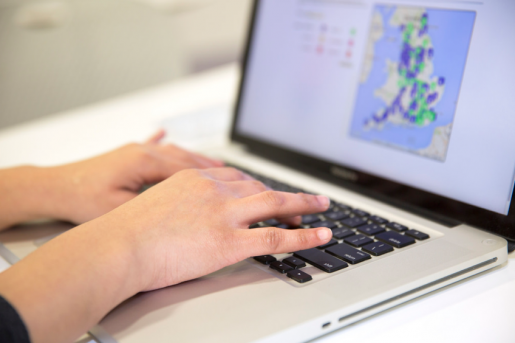 How do you measure the value of a piece of data-driven journalism? Image from Flickr.

It’s a truism, albeit an often neglected one, that journalists should write stories for particular, defined audiences, not for themselves, their peers or some fondly cherished but imaginary ideal reader.

In too many cases, this is an instinctive process. A journalist embodies the particular brand he or she works for, the audience is a construct of that brand, and there is a sometimes happy correlation between the producer, the consumer and the piece of content. This accidental process is one of the many things from which the digital age has liberated us.

"Most people need to see value for themselves in the data. Data products that are not designed for partners, users or audiences just don’t get used. And they only mean something if someone is using them."

Digital content has brought us the gift of knowing our audience. Even better, it’s allowed us to target and understand multiple audiences. This is also a curse, of course: often, one of the things that media houses find out is that they don’t actually have an audience, or at least not the one they offered to advertisers. The idea of what a journalist is has changed as well: now, a coder is as capable of producing a piece of journalism as a reporter.

The reason I’m treading these well-worn paths is that I’ve been grappling with the issue of how to measure the value of a piece of data-driven journalism. The old metric for digital content — eyeballs on a page, or downloads of a story — is on the way out, and we are busy trying to evolve a shared metric for engagement.

But what hasn’t changed is philosopher Ludwig Wittgenstein’s adage about language: Meaning is use. In other words: if nobody is using a piece of data journalism, it has no meaning.

There are generally three reasons you need a measurement strategy that works. First, so that you can tell if your product is successful. Second, so that you can pivot or massage the product according to actual user interaction. And third, so that you can prove value. Without these metrics, you don’t have a product; you have an idea made concrete.

From Concept to Product

For me, a data journalism product should be conceptualized and built with three distinct groups in mind: partners, users and audience. Each group needs its own metric for monitoring success, and each group needs to be sold the idea of the product.

Partners help conceptualize, create, disseminate, fund and/or maintain projects. Users actively engage with projects, either to gain material benefit, or to contribute to the evolution of the data. And audiences consume, promote and comment on projects.

To entice partners to buy into a data journalism product, it must appeal to their editorial strategy and vision. But it needs to do more than that. It also needs to service a business need of the potential partner, whether that is traffic growth, revenue or marketing.

To hook users, and get them to contribute to the piece of data journalism, you need to identify the need first, and then the data. This is slightly contradictory, perhaps: many people would urge you to let the data suggest the stories. But to be truly user-centric, a journalism product needs to be created with the users’ needs paramount.

There’s a key difference between audience and users. Essentially, the users are part of the product that is being consumed by the audience. For example, users who helped generate the data around Code for South Africa’s recent Living Wage Calculator became part of the story told by the data.

Content was generated around the way users commented on the calculator. The brains behind the calculator, Code for South Africa’s director, Adi Eyal (follow him on Twitter @SoapSudTycoon), wrote blog posts about some of the comments generated (“11 excuses people give for not paying a living wage”), and about the value of engaging with users so that a story evolves (“Why you should feed the trolls”).

But more importantly, 12,000 users took an exit survey requiring them to fill out some basic demographic data and tell how much they actually paid their domestic workers. This is probably one of the largest data sets of what domestics actually get paid, and allows the data to tell a different side of the living wage story, such as what the average wage is by province.

The stories that come out of this would be consumed by an audience which did not help generate the data. In both cases (users and audience), there is interaction with the data journalism product, and the traffic from both sets of interaction could be reported.

Underlying this strategy is the sad truth that most people aren’t as excited about data journalism as the data proselytizers believe. Most people need to see value for themselves in the data. Data products that are not designed for partners, users or audiences just don’t get used. And they only mean something if someone is using them.