The Power of Know in the Newsroom 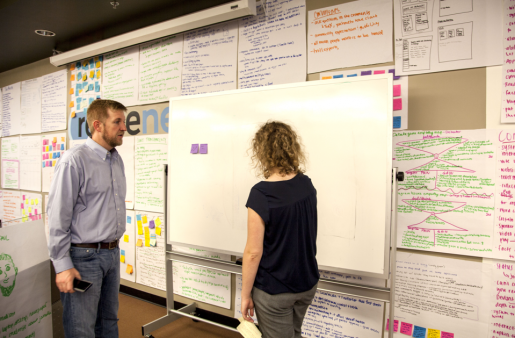 It’s a harsh statement that always takes people by surprise when they first hear me say it. It’s one of the first external complaints teams must address, and it lands without warning.

"But when a student says 'I think' or 'I hope' or 'I believe' when they are talking about their product or service, my response is always the same. I don’t care."

Let me be clear, I do care about my teams and their projects. I care deeply about each individual, their goals and their concerns. I care about what students are learning and how to make that experience better and more effective. The students also know I care about them, which is why I can get away with it.

But when a student says “I think” or “I hope” or “I believe” when they are talking about their product or service, my response is always the same. I don’t care.

They need to know. That’s precisely why we do the research. It’s why we build and test prototypes with potential customers. It’s why create revenue models to see if the math works in our favor. It’s why we continuously say, “Go talk to more people.”

When students say “I think,” Clark reaches for this flag. Photo from Reese News Lab.

It’s not a one-time statement, either. I say it whenever I hear think, hope or believe (or any other similar phrase). Samantha Harrington, the Lab’s summer assistant, made me a flag that reads “I don’t care” to use. I happily wave it when needed because it gets the point across.

Removing those phrases from the students’ dialogue creates better products. Yes, it’s that simple. Not a single student likes to hear “I don’t care.” It becomes something to avoid, and the only way to avoid it is to prove what they are saying with data and facts. They learn not to say anything that can’t be proven. On the flip side, if they truly believe something, they know they must go out and prove it.

Before long, students begin catching themselves saying those meaningless phrases. When they do, one of three things happens:

It’s important to note this happens all the time. It’s not reserved for formal pitches and practices. We watch for it during team meetings, discussions and impromptu presentations for random lab visitors.

The Power of Know

Removal of these words also boosts confidence. It’s subtle, but when presenting any idea, it’s much more powerful to say “we know” than to say “we hope.” That boost in confidence makes for better pitches, too. Obviously, the more students know about their products, the more confident they will be. Because they have real data to back up their statements, they don’t feel the need to hide anything. It’s empowering.

As counterintuitive as it may seem on the surface, I say “I don’t care” because I actually do.