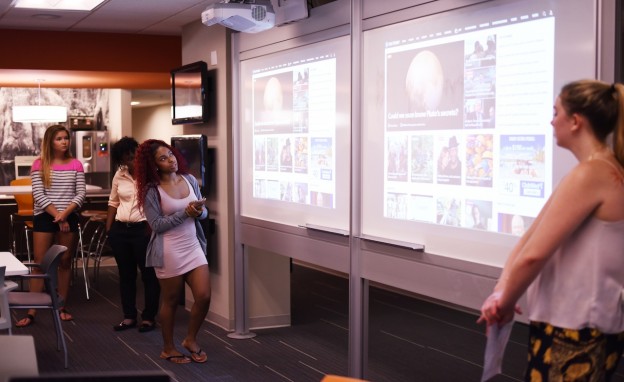 Discuss audience analytics with any group of journalists and at least one person is going to start complaining about click-bait or pandering. It’s true that the information you get from taking a deep dive into the data on how your audience accesses and consumes your content could lead your news organization astray, but it can also be an incredibly powerful strategic tool for creating more engaging journalism.

“In some ways it’s old thinking, that we know better what stories we should be doing than the audience,” said Matt Sheehan, who directs the Innovation News Center at the University of Florida’s College of Journalism and Communications. “We can definitely use analytics to be informed about the stories and story types that attract audience, but we’re not going to shy away from covering a story because it’s not popular.”

"We need to respect their news knowledge and not pander to salaciousness, but find ways to reach them with important content.”

The University of Florida’s student media operations have regularly used Google Analytics and Chartbeat to look for trends in traffic and usage says Sheehan, and it’s now one of five schools involved in or working on partnerships with Parse.ly, an analytics tool that’s hoping to break into the journalism education market.

“We are partnering with tomorrow’s journalists, content makers and publishers. We’re working with several schools, providing the platform for free for a full semester,” said Sarah Khuwaja, a Parse.ly spokeswoman. “These schools can’t afford our normal rates, but we want students to know our value proposition and work flow and understand what Parse.ly is, and then we hope they will bring us to the newsrooms they work in one day.”

At UF, the Parse.ly partnership came at the right time for public relations professor Ann Christiano. After a recent visit with a New York Times editor, Christiano says she and Sheehan got a taste of how that news organization is using PR and marketing people to work within the newsroom on getting content in front of the people “who should be seeing it.” Christiano has now modified her summer PR campaigns class, putting her students in the school’s news center to work with editors on using analytics to better target audience.

“We had to focus first on understanding analytics, thinking through content marketing and applying strategic planning,” said Christiano, commenting on the first two weeks of her six-week class. The need to quickly bring students up to speed on analytics usage is one reason why the partner schools seem to like Parse.ly.

“When you look at the Parse.ly interface, it’s user-friendly,” said Matt Veto, professor of practice in Lehigh University’s journalism department, one of the schools partnering with Parse.ly this fall. “You instinctively know where to click and know what you’re looking for; in Google Analytics you have to take some time to really learn the tool.”

With Parse.ly, you can track articles, authors, social shares, etc., with a goal of figuring out what popular topics to use as a basis for future articles. The real-time traffic feature is also generally considered to be superior to that of Google Analytics, something that could be particularly useful in a breaking news situation.

Veto says he will soon sit down with the student managers for The Brown and White, Lehigh University’s student newspaper, to see what they want the analytics to do for them. He knows, for example, that he would like to try a new form of story tagging.

“I can see us sort of reinventing the concept of tagging online,” said Veto. “We would tag our content to correspond with the type of story: brief, investigative, long, short.”

With those tags, Veto thinks Parse.ly can help the students better understand who is reading what types of stories and how to package important information in the right form for the right audience.

“You can sort by post, author, section, tags, topics,” said David Aronica, a member of Parse.ly’s sales team. “Google Analytics is going to provide everything by URL. It’s deep, but the information is hard to extract for some. Parse.ly makes it easy to understand and access data with a high degree of relevance.”

The question is whether that improved functionality will be enough to convince schools to pay for the service. Right now, Google Analytics is free and Chartbeat has a product that costs as little as $10 per month, and though the partner schools are not paying for Parse.ly right now, Aronica says the long-term plan is to charge for the tool.

Both Sheehan and Veto say their experiments with Parse.ly will help them answer the cost-benefit question and both say, if students can learn more about analytics with the more expensive tool, their schools will find the money.

The Parse.ly dashboard allows you to easily analyze your traffic by post, author, tags, etc. Photo provided by Parse.ly.

“As instructors we used to talk about journalism always giving the audience what we thought was needed; that’s kind of pompous, but the other side is click-bait –- giving audiences only what they want. We need to find a happy medium,” said Veto. “We need to respect their news knowledge and not pander to salaciousness, but find ways to reach them with important content.”

Audience analytics can help do that and Parse.ly is looking for additional partner schools. Those interested can contact Khuwaja directly.

Christiano says, regardless of the tool used, it’s critical that students in communications fields understand analytics.

“The students in this class will leave here knowing one of most important skill sets for job hunting right now. It doesn’t make sense to master any particular platform; the more important skill is to develop the agility to use whatever tool necessary to figure out how to connect messages with eyeballs.”

Deb Wenger is an associate professor and director of undergraduate journalism in the Meek School of Journalism and New Media at the University of Mississippi. Her new co-authored book, Managing Today’s News Media: Audience First, is forthcoming from Sage in August.