5 Tips for Avoiding a Public Shaming, and 3 Tips for Recovering 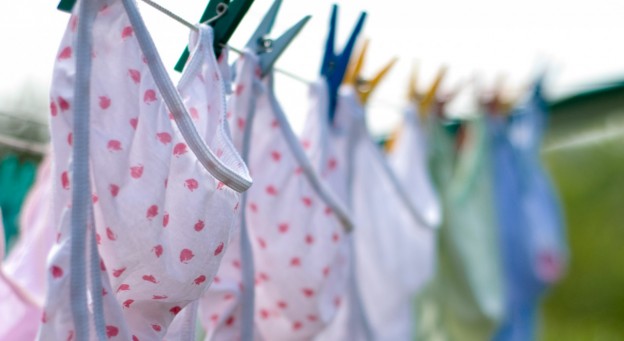 Photo by Eric Wüstenhagen on Flickr and used here with Creative Commons license.

I was in second grade the first time I was publicly shamed. My family had driven to Nebraska to visit my grandparents for Christmas. For the return trip, my mother repacked our laundry in any luggage that had space, regardless of whom it belonged to, and some of it was never emptied. On the first day back to school, I was sitting up front in the bus with the younger kids, when I heard my big brother yell from the back: “Jenny! Come get your underwear!” To my horror, my brother brandished a pair of my Strawberry Shortcake underpants.

I rushed back to my brother’s seat, where his friends were cackling at me, collected my underwear, and tried to hide it before all of my classmates had a chance to count Ms. Shortcake’s freckles. My face remained hot enough to toast a marshmallow off for the rest of the bus ride. I remember plotting revenge against my brother, but because this was before everyone had smart phones and could instantly post a video of the incident to YouTube, within a few weeks, my schoolyard infamy faded.

"We were creating a world where the smartest way to survive is to be bland." - Jon Ronson

We’re living in a different world today, however, a world in which once the public knows about your Strawberry Shortcake underpants, it’s very difficult to convince them to un-know it. Jon Ronson’s entertaining and incisive “So You’ve Been Publicly Shamed” (Riverhead, $27.95) examines the contemporary phenomenon of public shaming on the Internet, comparing it to old-fashioned punishment in stocks in the town square or public whippings, treatment that many contemporary Americans would regard as barbaric.

But could it be that punishments were lighter for minor to moderate offenses two hundred years ago? For example, Ronson interviews Jonah Lehrer, who lost his job, credibility, and profession when it was revealed he made up some of the quotations in his books “Imagine” and “How We Decide.” According to Ronson, if he’d been guilty of “lying or publishing false news” in Massachusetts in the 1800s, he’d have been “fined, placed in the stocks for a period not exceeding four hours, or publicly whipped with not more than forty stripes.” Instead, in 2015, he faces Internet condemnation for as long as Google or a comparable search engine happens to exist.

Jonah Lehrer at Pop!Tech 2009 in Camden, ME. Photo by Kris Krüg on Flickr and used here with Creative Commons license.

Ronson chronicles the shaming aftermath for Lehrer and other people, many of whom were punished for posting inappropriate photos or tweets. They all seem to be living in an online purgatory, and many of them end up jobless and racked with anxiety and insecurity in the wake of their transgressions, because almost all potential employers conduct rudimentary Googles of prospective hires. Since the all-knowing Cloud has undermined our ability to forgive and forget, it’s best to tread carefully. Here are five tips about how to avoid a public shaming:

How to Avoid Being Publicly Shamed Online

The prefrontal cortex is the part of our brain responsible for making complex decisions and regulating social behavior, and it’s not fully cooked until we’re age 25. This is why teenagers are apt to engage in ill-conceived behavior like, say, publicly posting a selfie of themselves posing in their underwear, Strawberry Shortcake-themed and otherwise.

I am extremely grateful that the Internet didn’t kick into full force until I was in college, because as a middle and high school journalist, I wrote and published all kinds of things that I’m sure would merit a public shaming if they’d run online today.

When I was 17, I wrote a “comedy” piece in my high school newspaper in which I made fun of the fashion choices of the European youth I’d seen in town during the Pope’s visit to Denver in 1993 — you know, like the fact that they wore tight pants and hiked them to their actual waists, instead of the baggy, saggy hip-hop jeans favored at my school. My prejudices prompted a reader to reprimand me in a letter to the editor, which we published, and thus chastened and with no further repercussions, I mended my ways. Reader, I married a French guy. But if this had happened today, Google would forever know me as the She Who Is Prejudiced Against Tight, High Pants.

Maybe high school newspapers shouldn’t be online, or at the very least an adult with a fully developed prefrontal cortex should vet their online content. Print editions are best for youngsters’ anything-goes opinion and humor pieces.

Linley Taber of the New York Post suggests that everyone should “Perform a back audit” of his or her social media posts, focusing especially on words and images that you’d rather your employer or your grandmother not see. Taber advises people to remove any images or posts that you can control, such as those posted to your social media accounts, and ask friends to remove or un-tag any that they posted.

I took Taber’s advice, ran a Google image search on myself, and found that perhaps due to that underpants incident, when I pose for a picture, I’m often wearing multiple layers of clothes, including a jacket or a cardigan over another shirt or two. So no margarita-sipping bikini shots for me. I also found that my image search results are filled with brainy, gorgeous, creative stunners whose books I’ve written about, including Zadie Smith, Chimamanda Ngozi Adichie, Jhumpa Lahiri, and Jennifer Egan. So if you really want your image results to shine, get a job writing about good-looking geniuses and/or start a blog about such people. Make sure to include a picture of them and none of you in the article.

Photo by
Cali4beach
and used here with Creative Commons license.

Researchers at Stanford and Cornell Universities recently discovered certain characteristics common to trolls that could make it easier for moderators of online forums to spot and ban them earlier. In “Antisocial Behavior in Online Discussion Communities,” Justin Cheng, Cristian Danescu-Niculescu-Mizily, and Jure Leskovec write that trolls “tend to concentrate their efforts in a small number of threads, are more likely to post irrelevantly, and are more successful at garnering responses from other users.” Does it help to shame the trolls? Nope. The researchers write, “antisocial behavior is exacerbated when community feedback is overly harsh.” The best strategy is still not to engage with trolls in order to avoid or mitigate a shaming. Perhaps I never should have talked to my brother again.

This isn’t a tip, but it needs mentioning. Ronson writes that modern shamings are “breathtakingly misogynistic. Nobody had used the language of sexual violence against Jonah [Lehrer], but when Justine [Sacco] and Adria [Richards] stepped out of line, the rape threats were instant.”

Several of the people Ronson profiles ended up shells of their pre-shaming selves, but some of the men who were shamed following a sex scandal seem to be doing just fine. Although such “sins would in Puritan times have been judged graver than Jonah’s,” now those involved in sex scandals receive lighter public punishments.

One such sex-shame survivor, Max Moseley, wrote Ronson in an email, “As soon as the victim steps out of the pact by refusing to feel ashamed, the whole thing crumbles.” Ronson agreed that not accepting shame is part of the key, but further concluded “of all the public scandals, being a man in a consensual sex scandal is probably the one to hope for.”

Too Late—You’ve Been Publicly Shamed. Three Tips for Recovery.

Whoops, you blew it. You’ve been shamed for some ill-conceived tweet, photo, or action you took. The Strawberry Shortcake underpants are never going to go back in the bag, so what can you do now?

Ronson chronicles a hilarious “Shame Eradication Workshop” he attended, in which Brad Blanton led participants through exercises in radical honesty. The premise is that the more you let it all hang out, the less bad you’ll feel about people pointing out your shortcomings.

“If our shame-worthiness lies in the space between who we are and how we present ourselves to the world,” Ronson writes, “Max [Moseley] was narrowing that gap to nothing.” So next time, I’ll grab the underpants and just wear them on my head. Take that, big brother.

Ronson convinced Michael Fertik of Reputation.com—a firm that specializes in online reputation management for wealthy clients—to help one of the shamees he came across in his research, Lindsey Stone. Stone was roundly pilloried for posing in a joke photo taken at Arlington National Cemetery. Because of the outcry, Stone’s boss fired her from her job working with developmentally disabled people.

When Stone met Ronson, she’d finally landed a new job helping autistic children, but had no idea if she’d lose it if her employer found out about the photo. Fertik’s company set about creating an unobjectionable online presence for her in the hopes this would drown out the vitriol online. Reputation.com employees interviewed Stone about her hobbies, and wrote blog posts on her behalf, which were innocuous. She only vetoed two, including one entitled “Happy Birthday, Disnelyand!” The approach worked, with her Google results showing more of her positive attributes and less of that one regrettable photo. Ronson writes, “We were creating a world where the smartest way to survive is to be bland.”

Ronson interviews Jim McGreevey, who was the governor of New Jersey until he resigned because of a scandal over hiring his lover for a state job. McGreevey announced he was gay, left public office, divorced, and now has a successful—and humble—new career helping prisoners in his hometown of Jersey City transition to life outside of jail. According to Ronson, the career change needs to be fairly radical to make a difference—he points out that Stephen Glass, who was fired from the New Republic after fabricating many stories, went on to earn a law degree and passed the California bar exam. But then last year the California Supreme Court declared he wasn’t morally fit to be a lawyer.

Judging from “So You’ve Been Publicly Shamed,” it’s vicious out there on the Internet, and many of us might be just one ill-conceived tweet, post or photo away from our own shaming. I don’t know about you, but I love Disneyland, America, and cats. And Strawberry Shortcake, of course.