What Our May Graduates Learned and Wish They’d Learned 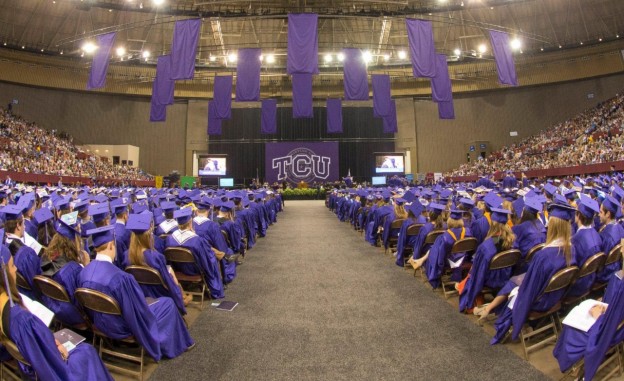 Photo courtesy of TCU and used with permission.

We talk seemingly endlessly about the state and fate of journalism education. We lament what we’re not doing — and there’s often plenty to be frustrated with.

Students, at least many of those who graduated May 9 with a journalism degree from where I work, the School of Journalism at TCU’s Bob Schieffer College of Communication, seem satisfied with their experience. And I don’t write that to be self-serving. I am usually in the camp that we aren’t doing enough and evolving fast enough, which was the sentiment of University of Wisconsin-Madison senior Polo Rocha recently.

"I think journalism taught me practical skills I wouldn’t have acquired anywhere else.” - Molly Spain

“Even though I’m not choosing journalism as my career, I would major in it again,” said Sierra Albertson, who plans to teach elementary or middle school English. “The skills I learned will help me in a variety of ways as I move forward.”

Photo courtesy of TCU and used with permission.

In November, Jan Schaffer wrote here that, “It’s time to think about trumpeting a journalism degree as the ultimate Gateway Degree, one that can get you a job just about anywhere.”

“As much as I enjoy my minor, English, and would have loved to major in English, I think journalism taught me practical skills I wouldn’t have acquired anywhere else,” said Molly Spain, who will be attend the Denver Publishing Institute this summer to get a certificate in publishing.

Maddy Brown, who will be working in the community relations department of the New York Jets, said the writing skills taught in the journalism major are something she values.

“The writing intensive aspect of the journalism school benefited me immensely,” she said. “I think I could go down numerous career paths because I am able to write.”

Matt Kupchin is joining a communication agency as a technical writer. He would have minored in journalism instead, he says, because the most useful classes he took are also required for the journalism minor, while other classes he took were less useful to him.

“I don’t want to be a reporter,” Kupchin said, “and most journalism classes are geared toward training to become a reporter.”

Other graduates, like Paulina Blanc, who is going back to school to get a second bachelor’s degree in biochemistry and plans to apply to medical school, are heading for vastly different fields. Still, Blanc too says she would have probably minored in journalism and appreciates the hands-on approach of faculty.

“The faculty actually cared about (their) students,” she said. “The faculty wanted to see us succeed and worked to ensure that we were not handed anything but rather worked hard to better our skills.”

The challenge, of course, is having a degree that prepares future journalists and students who will go on to related or even unrelated fields.

The result is that many students will want different, personalized experiences.

“The program is set-up in a way that allows students to try new platforms of journalism and find what they enjoy the most,” Albertson said.

That’s a challenge when developing curriculum and requires a delicate balance. We have to have a rigorous major that prepares journalists for now and the future and have to remain viable as a sort of new liberal arts major that prepares students for a wide array of later experiences.

Certainly, this is not a new issue. Journalism graduates have long taken various paths, from law school to public relations. As we evaluate what and how we teach journalism at a time when the industry is changing rapidly and funding for many programs is scarce, we have to figure out a way to do both to serve students like these.

What’s interesting is that among the 12 students who answered my questions, there was not a clear theme for what they wished they’d learned in our program that they didn’t. The answers ranged from more live shot experience and advanced video journalism to opinion writing. More digital skills was barely mentioned and code, which has received a lot of attention in journalism education circles, wasn’t mentioned at all — and we just offer a single one-hour coding class.

Some students suggested requiring a graphic design class and others recommended requiring an internship. We offer both, but require neither.

“If you know Photoshop or InDesign coming out of college, you’re 10 times more marketable. Every journalism kid should know about those services,” said Nikola Yerkan, who is joining technical writing company.

When asked what students feel most benefited them, there was consensus: lots of writing and reporting and close interaction with faculty.

“I would say the most beneficial part would be the hands-on experience,” said Evan Folan, who will be anchor/reporter at KVIA-TV in El Paso, Texas. “The professors did a wonderful job providing us with resources and outlets to perfect our craft.”

“The personal interaction with professors benefited me the most,” said Samantha Calimbahin, who will work as the social content moderator for a sports blog with hopes of becoming a TV sports reporter.

“Get involved in external journalism organizations,” said Mario Montalvo, who is working as a production assistant for a television station. “I’ve made some invaluable career connections and some great friends because of them. But don’t just sign up, really get involved. Make an effort to go to workshops and mixers, and really try to meet people. It’s the best thing I’ve done.”

Hannah Kuhns, who is pursuing a variety of communication jobs, has some practical advice: “Learn time management skills. Yesterday. Also, even though you’re always working on a story, always have at least three other story ideas on deck.”

Students also, at least after graduation, say they see benefits in pushing themselves.

“If you’re passionate about issues and our community, this is the place to be,” said Kayla Mulliniks, who wants to pursue a career in political satire. “Don’t rely on simple stories, always try and look for something new even if it’s scary.”

“Try new things,” Albertson said. “Experiment with new ways of telling a story by using tools you haven’t used before. Be creative.”

Looking back, students do, it seems, appreciate a lot of what we’ve tried to teach.

Aaron Chimbel is an associate professor of professional practice in the School of Journalism at TCU’s Bob Schieffer College of Communication. Before returning to TCU in 2009, Chimbel worked at WFAA-TV in Dallas, where he won five Emmy Awards and a national Edward R. Murrow Award. Follow him on Twitter at @aaronchimbel.