Meerkat, Periscope, and the Gamification of Live Streaming 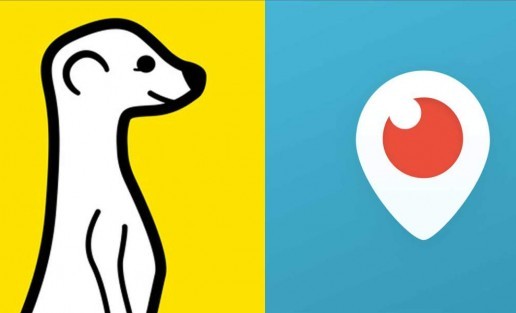 Periscope and Meerkat are barely months old and they have already become the ‘platforms to most likely to replace your TV/browser/mobile stream/favorite YouTube channel.’

Periscope and Meerkat are barely months old and they have already become the ‘platforms to most likely to replace your TV/browser/mobile stream/favorite YouTube channel.’ Why have these platforms grown so quickly? Because the streams are personal and interactive, but most of all, the entire experience is fun. Live video streaming is nothing new, but pre-Periscope/Meerkat streaming was far from a ‘fun’ experience for the people shooting the live stream (which required a decent amount of configuration and prosumer equipment, at the very least) or the viewer who passively watched streams with the exception of those that included chat modules that often competed with the stream for your attention. Periscope and Meerkat are easy to use for both the shooter and viewer, and the entire experience has addictive game-like qualities for everyone involved. Here are the fun gamification challenges for both the viewer and streamer:

Gamification for the stream shooter

Can I pack a room?
On Periscope, after a certain number of people join your stream, new viewers get a ‘room full’ message that blocks them from using the chat feature. This is frustrating for the viewer, but it reaffirms that the host can draw a crowd.

"Hard news has always competed with whimsy for attention, but the number of cameras on the ground has just increased tremendously."

Can I keep up with the comment stream?
Watching someone like Jack Smith IV (@JackSmithIV) of the observer.com on Periscope can be exhausting. Users continuously fire questions at him, personal and work related, and Jack attempts to answer each one, alternating between brash opinion, keen insight, and snarky defense, all while continuously smoking cigarettes.

Can I keep the hearts flowing?
On Periscope, when users see things that they like, they tap on the screen and hearts float up the side to show their approval.

What’s my score on the Leader Board?
On Meerkat, each broadcaster is assigned a score, and the app displays a Leader Board that shows rankings. Time spent on Meerkat and the number of viewers you have impact the score.

The Meerkat Leader Board – the ultimate in live stream gamification

Can I get all followers to do what I ask them to?
Once you have a loyal fan base, is it possible to get viewers to read an article of yours, follow you on Instagram, share your website URL, etc.?

Can I get more followers by broadcasting?
Ultimately, increasing your number of followers is the most addictive part of Periscope and Meerkat. If you missed out on getting a big following on Twitter, you get another shot with these new platforms.

Can I get my stream featured on the Welcome page?
It’s not clear yet on how Periscope or Meerkat is featuring streams on the screen users see when they launch the apps. There will be a future where getting your stream promoted on the Welcome page of the app will be worth as much as page 1 results in Google.

Gamification for the stream viewers

Can I get into a room before the chat room is at max capacity?
If there is a celebrity broadcasting on Periscope, you better get there early if you want your question answered!

Can I get my comments answered?
Even if you get into a stream’s chat room, you still need to say something interesting enough for the host to acknowledge you.

Can I get the streamer to do what I ask or show me something?
One of the most popular requests on Periscope is ‘Show me what’s in your fridge?’ Enough said.

Can I make the host stay on longer?
Often the host will say they have to get going, but an interesting question can keep them on the stream.

Can I rattle or stump the host?
This can lead to either hysterical laughter or flat out disgust, depending on the question and temperament of the host. Either way, the questions are embedded in the video for all to see.

But What Does All This Have To Do With Journalism?

Both of these platforms are still young, and we’re starting to see various news outlets experiment with the tool. Some broadcasters are doing quick, informal recaps of trending stories, and a handful of anchors have set up streams of their broadcasts in real time. There have been some breaking news stories on Periscope, but those broadcasts are competing for eyeballs with the intimate ‘ask me anything’ sessions that Jack Smith IV or billionaire Chris Sacca broadcast on a regular basis. Chris and Jack have mastered the gamification points listed above, and audiences keep coming back for more. As a journalist for the Observer, Jack Smith has been keen to interact with his fans on a personal level, but he also makes mention of his digital work on the Observer site, Instagram, and other platforms. He says that the Periscope fans have been anxious to consume that content and have been passionate sharers of his work.

@jacksmithIV has found a regular following on Periscope by broadcasting daily

When you try to cover hard news with Meerkat and Perisocope, you get something that is interactive first, broadcasting quality second. Video is shot in portrait mode only, comments obscure the view of your broadcast, and the user is free to float hearts (on Periscope) and unfiltered comments up the side of your video, even during the most downtrodden of events. There are other streaming tools that journalists should explore. StringWire, for example (a NBC owned app), allows for multiple mobile device input, landscape shooting, and a mixing console where a producer can control the view of what users see and download clips for editing. StringWire is an incredible piece of broadcasting technology, but the interactive components of Meerkat and Periscope are absent in their early version release. StringWire is more about showing the news. Meerkat and Periscope audiences become part of the news, and if they are winning ‘the game,’ the broadcaster might actually let the audience drive the camera views and the broadcast itself.

As a viewer, I’m drawn into Periscope and Meerkat streams that I would normally not seek out through Google search. I can sit shotgun with a parasailor or watch the bustle inside a Swedish restaurant kitchen. Hard news has always competed with whimsy for attention, but the number of cameras on the ground has just increased tremendously. News organizations will have to engage with viewers and build trust and allegiance in a way that they’ve never had to do before. As the young kids say, game on!

This post originally appeared on the website for the Office of Digital & Design Innovation at the Broadcasting Board of Governors (BBG).

Randy Abramson (@randyabramson) is the Director of Product Management and Operations for the Office of Digital & Design Innovation.