How College Grads Could Crowdfund Their News Startups 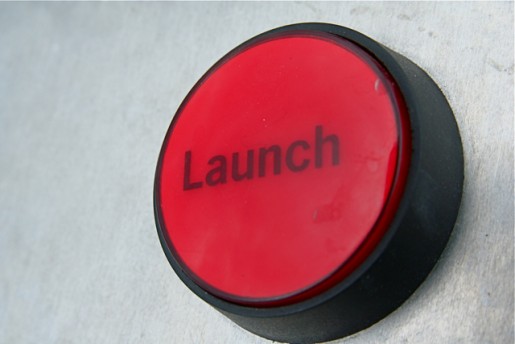 Could crowdfunding be part of the solution for young media entrepreneurs? Photo provided by Through the Cracks.

For the better part of a decade, I’ve heard working journalists, professors, and people who spend a lot of time thinking about the future of news tell college students that they shouldn’t expect to follow the same career path as previous generations.

There are still jobs out there, but previous business models have been disrupted and the industry continues to change fast. To get ahead, you’re going to have to innovate, find your own opportunities, and maybe even create your own news outlet or startup.

"There’s no age or experience limit now, and that’s the beauty. You have the idea, and you’re willing to put the work in."

I’ve heard this reality explained countless times. I’m not sure I’ve ever heard that advice followed by advice on how to pay for such a venture or make that news startup profitable.

There are grants and ads, and a few other options, but they might be out of reach for someone just starting their career, and venture capitalists and banks may not be anxious to chip in either.

But what about crowdfunding?

It seems like an increasingly viable option, and there’s research that suggests funders of crowdfunded journalism may be about as likely to fund a young reporter as they would a reporter with more experience.

So could crowdfunding be part of the solution for young media entrepreneurs?

I asked a version of this question to Dan Reimold while interviewing him for a story about crowdfunding’s impact on college newspapers.

He seemed like a good person to ask. He has a unique point of view since his blog College Media Matters follows stories and trends from America’s student-led publications.

Through the Cracks: We’re fans of crowdfunding. We’re curious about it, we explore it, but we’re big fans of entrepreneurial journalism as well. What do you think are the options for students who are just out of college? If they’ve got a good idea to put to the test, what are their options in terms of getting money for that credible idea?

Reimold: I mean this may not be the sexy answer you’d absolutely want to hear, but literally my advice is to do it. Finding the niche and taking what I call the Finding Nemo approach – what Dory tells Nemo, “Just keep swimming” – is absolutely the way to approach it.

There’s no age or experience limit now, and that’s the beauty. You have the idea, and you’re willing to put the work in. I think the thing that I see among student-driven enterprises is what I often describe as a two-semester syndrome.

At first, the student is very excited about the new initiative. Then, in the second semester, it becomes kind of a churn, the numbers aren’t still quite what they want, they’ve gotten a little bit of national attention but that’s faded away, and their attention starts to shift elsewhere or the work becomes too much or they just start to get bored. So many of these enterprises start to go away after three to six months, and that’s the sad part to me.

I think it’s a very old school notion. It’s just a matter of filling the niche and then running with it and slowly working your way into the media ecosystem.

Through the Cracks: And I totally agree with that, but in terms of financing, that’s part of where my interest in crowdfunding comes from. A lot of people advocate entrepreneurial journalism today, but I’m not quite sure where the funding would come from for the person who has that idea.

Reimold: Yeah there’s the Knight Foundation and the Vice Innovation grant and occasionally the ONA or AEJMC will throw a bone to students with especially terrific ideas, and then there’s obviously the Silicon Valley startup route depending on how much it comes down on the techy side of things. But beyond that, frankly on an everyday level, if I was to look my own students in the eye and give them the advice on how they make it if they’re not Mark Zuckerbergs, the .01 percent, I think it’s more about being co-opted.

The students I’ve found to be successful with their efforts, more have shown what they can do through their work with their independent startups and then they themselves get co-opted by the larger media companies or news outlets they’ve always wanted to work for. They have benefited even if their specific entrepreneurial efforts have not and they were really the victors by being part of the game.

I think more and more you have to make your own job in journalism, do something more to stand out and those seem to be some of the ways students I’ve seen have been successful.

Through the Cracks: I’m not pushing towards crowdfunding, but I guess I don’t know what the answer is to the question if it’s not crowdfunding. There is the option of what you just said, and that’s absolutely true. If you aren’t able to sustain that effort to keep that business going for whatever reason, the skills acquired while trying to build this thing are going to be invaluable to you wherever you go next. I guess I’m thinking that if you have something that’s solid and you’re able to build the audience within an area… advertising I guess would be one option but…

Reimold: I think it’s kind of like something of a Facebook entity early on or when I see the young University of Georgia grad who started Humans of New York, it doesn’t start being about the money until it really can stand on its own two feet as something that people give a crap about. I’m just speaking from what’s rushing through my mind right now, just what I’ve seen be truly successful for some of the students or recent grads. It’s the idea and implementing it to some degree that it becomes something of value in people’s minds and their reading habits or mobile app looking habits and then it becomes sort of an enterprise from there, but as you mentioned, you’ve got to make money at some point. You’ve got to monetize the thing.