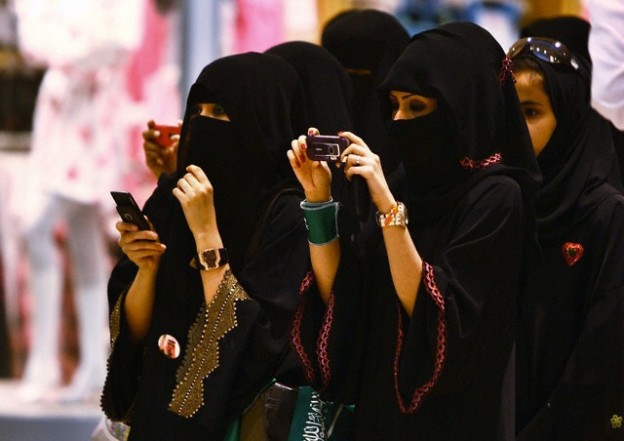 A newly updated survey by the Northwestern University in Qatar reveals an expansive look at attitudes and behaviors toward the media across the Middle East. The survey, “Media Use in the Middle East,” documents trends in Egypt, Lebanon, Qatar, Saudi Arabia, Tunisia and the UAE, and is a follow-up to the first region-wide survey that was conducted in 2013.

Given the region’s social and political context over the past two years — as well as changes in media and its use during the time span — the survey sheds light on how people’s interactions with the media may be informed by that history.

"But the survey also found that what people say they believe in versus what they're comfortable doing are distinct. This is not unique to the region or in media, but it especially stands out in the context of freedom of speech in the region..."

Robb Barton Wood, director of strategic partnerships at the university and one of the researchers on the survey, told PBS MediaShift that the results suggest a move away from a “pan-Arab” perception of the media, in other words, content that looks at the region as a whole and promotes a more regional identity — and a shift toward a more local or national relationship with the media.

“The assessment of news media across countries has declined,” he said in discussing how people responded to the quality of reporting across the region. “But positive assessments of their own national media have increased.”

A return to the ‘local’

In numbers, the percentage of respondents who view their national news media as credible increased from 39 to 44 percent since the last survey. The percentage of respondents who said their national media can operate independently increased as well, from 35 to 42 percent. But the view that the quality of reporting across the region had improved declined from 56 to 50 percent, which suggests that the opposite had happened — that the quality of reporting had declined.

The latest survey also shows higher use of regional languages as opposed to English. More than nine in ten respondents follow all media in Arabic. People are also less likely to access English content on the Internet than they are Arabic content, according to the survey. This could be due toward the greater availability of Arabic content on the Internet, but the political and social context could also be a stimulus, Wood said.

“The idea that fewer people are using English, especially online, and including among young people … What’s going on there?” Wood asked rhetorically. “Some might say that seems to suggest that there is some sort of embrace, whether there is national, cultural or local pride. But you see that sort of ‘return’ in this very tumultuous period to their own national and local culture. Others might point to a possible increase in the availability of quality Arabic content.”

This is not unique to the region or in media, but it especially stands out in the context of freedom of speech in the region, Wood said.

“Yes, a lot of people say you should be able to speak freely online or criticize the government,” Wood told PBS MediaShift. “But do you feel comfortable doing that? These opinions change in sometimes interesting ways.”

For example, young people (18 to 24-year-olds) were much more likely than their older counterparts to embrace freedom of speech online, including government criticism and open expression of their beliefs and politics. Now 49 percent (compared to 34 percent in 2013) are more likely to support the idea that you can criticize the government online, and 51 percent (compared to 34 percent in 2013) said frank opinions on politics and beliefs online was safe.

Yet the percentage of all people who said freedom of expression online is OK actually declined since 2013, from 59 to 52 percent. And when compared to a host of other countries, the percent of people in Middle Eastern countries who agreed with the statement, “I feel comfortable saying what I think about politics” was generally low.

As the report stated, “This study shows that, while many respondents in Arab countries say the internet is a safe environment for one to air political speech — and they out strip many western countries in this conviction — they are less likely than those in other parts of the world to feel at ease talking about politics themselves.”

Although there are no definitive answers to the question of “Why?” for the results, some of the key takeaways from the survey include the following, as written in the online report:

The full findings of the report are available online.

Correction: Paragraphs three, four, seven and 10 have been edited for clarity.