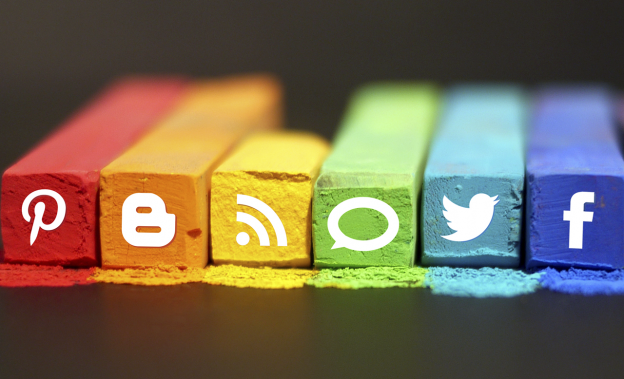 Photo by mkhmarketing on Flickr and used here with Creative Commons license.

Every marketer is responsible for two very simple things: capturing the attention of the buyer and delivering a relevant message which drives them to action.

"Every marketer is a visual marketer - either reluctantly or enthusiastically."

As marketing has evolved and advanced, however, the science of marketing has often overshadowed the art. While there are countless technologies and algorithms silently servicing the marketing department, the real power comes from the hearts and minds of the marketers that bring those tools to life. This is where we must truly look for innovation.

Delivering a message has never been harder. The problem is no one has time to pay attention. As of 2013, the average attention span dropped to 8 seconds, 1 second less than that of a goldfish, according to the National Center for Biotechnology Information.

This erosion has happened on two key fronts.

First, the world is constantly changing, and we’re addicted to the delta. Armed with pocket computers and a permanent tether to an infinite universe, we can’t keep our eyes off of the screen anymore. It’s no surprise that the average person looks at their device 1,500 times per week, according to the Daily Mail. Obsessed is putting it lightly.

Second, we are no longer simply consumers; we’re creators. Long gone are the days where our correspondence was long and thoughtful. Today, we’re actively publishing billions of microtransactions on a daily basis. We don’t just have colleagues, friends, and families–we have fans and audiences to think of.

The Attention Deficit Theatre is the most packed show on the planet, and as marketers we’re angling for a way to get on stage without being booed off.

Attention isn’t the only game changer, though. No one wants to be interrupted, especially by a brand trying to force its way on stage. Marketers must make sure that what they say evokes an emotion or they are doomed.

Normally, we might try to present a simple (some might say soulless) message a number of times with the hope that your brain latches on to it. The effectiveness of this technique has been steadily on the decline, and we need to pave new roads.

Today, connecting emotionally trumps all. Marketers who craft clever, engaging messages hook into the customers’ hearts and minds with ease and draw them into a broader, deeper experience. The elusive like, share, or mention have become the leading signals that your message is resonating.

Once that meaningful messaging is crafted, execution methods are key.

Visual is the new language of the people. If you aren’t leveraging visuals then there is physically no way for you to capture their attention. There are many reasons this is true, but biology is the simplest. According to 3M Corporation, 90 percent of information transmitted to the brain is visual, and visuals are processed 60,000 times faster in the brain than text. According to Psychology Today, 93 percent of how we communicate is non-verbal — 55 percent visual and 38 percent voice. In short, your message MUST be visual (through photos or, better yet, videos) if you want it to be noticed.

This translates online very easily. From the earliest banner ads, we knew that display trumped text. And while we’ve numbed the world on this front, the modern equivalents still have room to grow. Visual posts on Facebook get 2x more likes, and videos are shared 12X more than links and text posts combined, according to SimplyMeasured. Visual tweets get 5x more engagement, according to SHIFT. And there’s no such thing as a non-visual Pin.

Visual is now table stakes for capturing the attention of your customer.

PAINT THE CANVAS (DELIVER THE MESSAGE)

Canvases are the new paper. Visual messages need a canvas to be painted on. Fortunately, there’s no shortage of canvases to choose from.

Consider all the platforms that have emerged over the last 10 years. From Facebook, to Instagram, to Pinterest, to Snapchat, to even Meerkat. Every one of these is a visually-rich world inviting people to not only consume visual content by the gallon, but, more importantly, to be an active artist as well.

At the recent F8 Facebook Developer Conference, Mark Zuckerberg reasserted the power of visuals in his keynote address.

“If you look back at Facebook five years ago, most of the content that people shared was text, status updates and wall posts,” Zuckerberg is quoted saying in the Washington Post. “Now today it’s photos, and other visual content. If you fast forward five years it’s gonna be video. And if you look out even further beyond that it’s probably going to be even more immersive content like [virtual reality and augmented reality].”

Consumers are creating more than a billion visual objects each day, and that number continues to skyrocket. According to YouTube, users upload more than 300 hours of video to the platform every minute. Creating and publishing visual media has become an integral part of the mainstream lifestyle.

Marketers, of course, still have their message to deliver.  As these networks and outlets continue to draw in the consumer, holding the majority of their attention, the only way to reach the consumer is to be an active, present participant in the same mediums.

Participating is not enough, unfortunately. With new tools must come new techniques. Consumers create in service of art and entertainment. As a native to the canvas, we’re expected to do the same. You wouldn’t dare throw the same static ads into your Instagram account, would you?

Visual marketing provides brands an opportunity to do two important things: 1) collaborate with the consumer, and 2) experiment with the message.

Consumers clearly have a desire to create visual media, and that is a secret weapon to everyone who learns how to cultivate and curate it. Most brands fear letting go of the message. However, all eventually come to understand that their customer’s passion is something they have to continually rely on for their success.  Consumers are already sharing that passion, hence the opportunity.

Visual isn’t restricted to pictures, either. While the shortest form is definitely a static photo, there are thousands of ways to leverage visual marketing. From photos, to videos, to comics, to infographics, to interactive experiences — there’s no shortage of ways to express your brand and message visually. They require different levels of investment, but the rewards are commensurate.

VISUAL TO THE RESCUE

Every marketer is a visual marketer — either reluctantly or enthusiastically. Tasked with connecting with our customers and delivering a relevant message, every marketer understands the power of crafting a powerful story.

Visual marketing is both a strategy and set of tactics rolled in one, offering a long-term model for engaging consumers with the short-term leverage to succeed with every interaction.

Gregarious Narain is the co-founder and CTO of Chute. He is responsible for architecting and scaling the Chute platform. Previously, Gregarious was the VP of Product at Klout where he helped establish the Klout Score as the standard for online influence through product development and developer outreach. Follow him on Twitter at @gregarious.