A Lesson from Google Glass: Think in First Person 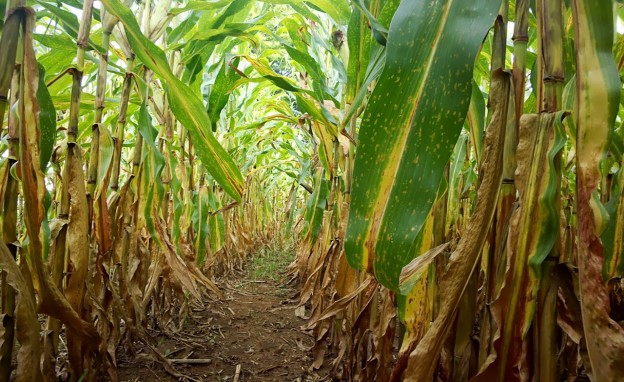 By now, many have seen the news that Google halted sales and support for its wearable Glass device. The Glass Explorer program had been running for nearly two years before it was shut down in January, with the company insistent that this is not the end but rather the beginning of a transition to the next version of the product.

It’s fair to say Glass had its struggles, both in terms of performance and public perception. The New York Times wrote the definitive piece on Glass and its struggles, detailing both product and marketing missteps that had a boomerang effect on a once-hot “it” gadget. I first got my hands on it in June 2013 after “winning” the right to become one of the first 8,000 people to fork over $1,500 for a beta device, and what the NYT piece noted rang true. It was clunky in design and in function at times. The interface wasn’t always great, the battery life was bad, and it was uncomfortable for this self-conscious GenXer in social settings.

"I wasn't teaching a gadget, I was teaching exploration."

Regardless, I had jumped at the chance to be among the first to try Glass because I was thinking about the future of stories. My pitch to become an Explorer was built on testing the device’s journalistic potential. After spending two months with Glass, I turned it over to my students, and we spent three semesters kicking the tires.

Other journalism educators were taking the app-development approach. Robert Hernandez launched a class at USC focused on augmented reality applications in fall 2014, the only one of its kind in journalism programs that I am aware of. We launched our first class at Lehigh University in fall 2013 that was built around making use of the camera to tell first-person stories. We don’t get many coder types in my program, but we do have a lot of video storytelling. I wanted to see if we could differentiate what we were doing with a hands-free camera device.

We use mobile phones extensively in my course for video projects, but that whole experience is about students viewing a subject through the screen as they gather footage. Glass offers the chance of perspective-shifting by putting the device on the subject’s head and experiencing life through their eyes. Mobile phone videography is third-person, detached storytelling. I wanted my students to think visually from another’s point of view.

One of the assignments we did was to take a traditional video project and add first-person elements. We do these “process stories” in my classes with mobile phones: simple interview as a lead-in, then show them in action, then a final quote. I changed it up with Glass by requiring that all the b-roll action footage be in first person by putting Glass on the subject’s head. Here’s one of my favorite examples by my student Becca Bednarz:

Three semesters and 24 students later, I can say the Glass experiment was a success. From smaller process stories to larger 8- to 10-minute “Glassumentary” style stories, we were able to use Glass to expand our storytelling skills without making it only about the gadget itself.

Thinking in multimedia means thinking visually. Deciding to do first-person stories meant they had to imagine visuals through another’s eyes — not a journalistic skill we often teach. Not all stories look great in first-person. I had students experiment with it with athletes, for example, and sometimes the footage was choppy (if not nauseating at times) because of the sudden, violent motion that is common in sports. There are, of course, editing techniques for slowing down such footage, but we always came back to the core question: is this a good first-person story?

Other stories were beautiful. Here’s another video my student Anna Bold did featuring a glass blower (yes, glass through Glass — how meta):

Sometimes we had to try and fail. None of the stories came out with the polish I’d require using regular equipment, but technical glitches are normal when learning new things.

We also tested other first-person stories from the reporter’s perspective. The benefit of a hands-free camera was wonderful. Students could interview sources and look them in the eye rather than look at them through a view screen. I found Glass to be a wonderful tool for teaching the human connection in interviewing, or for simply gathering on-the-scene footage.

When I first put Glass on in June 2013, I had some serious doubts about the beta version’s viability as a mass consumer device, so I wasn’t surprised at January’s news. Glass 1.0 might be done, but I remain bullish that we will see more products that offer us a chance to do first-person storytelling. While we wait, we aren’t done with Glass at Lehigh.

If I made every classroom experiment subject to a product’s staying power, we wouldn’t be doing much innovation, and we’d always be playing catchup. The point of Glass was never to hitch our wagon to the Next Big Thing. It was to be one of the first to get a chance to test and play with new technology, to learn what it can do and to figure out how it can fit into our journalistic process. I want my students to help make the future, not be subject to it. I wasn’t teaching a gadget; I was teaching exploration. This ability to evaluate new technology and products is a critical skill for any journalist.

Along the way, my students helped pioneer first-person stories. The continued success of GoPro cameras mounted to people, objects, and drones ensures that this is a skill that is valuable long past a particular gadget.

I’ll let others make the end of Glass 1.0 about the failure of a gadget. As an educator, I don’t have the luxury of predicting what will stick. I teach storytelling, and the application can take many forms. Gadgets, coding languages, and even entire platforms come and go. If I can teach a student that adapting their storytelling skills to new technologies is a continual process, that’s a win.