Why Journalism Schools Should Join the New ‘Golden Age of Radio’ 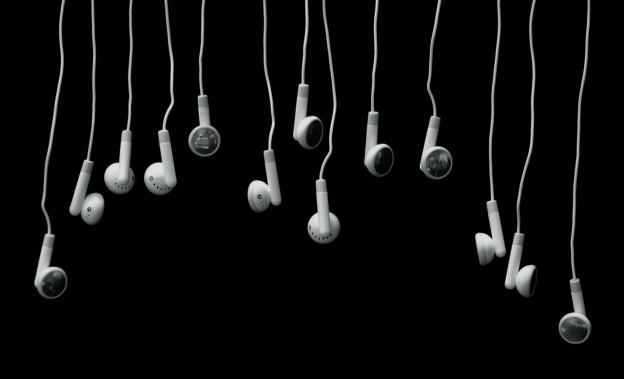 Photo by Flickr user Alosh Bennett and used under the Creative Commons license.

When I pitched this piece, my editor’s immediate response was, “You had me at ‘Serial.’”

I get that. It’s as addictive and meme-y as audio has ever been/may ever get. Nailing the listenership of the Serial podcast that followed host Sarah Koenig’s journey into a cold Baltimore murder case is squishy because of all the ways people listen. But Apple says it reached 5 million downloads faster than any podcast in iTunes history. Two other podcasts and a rabid Reddit forum were devoted to deconstructing it. Saturday Night Live spoofed it. If you haven’t listened, you probably know someone who has and would like you to listen to it so you can discuss it over drinks.

"If we kick that gray-haired newscaster style out of the booth, let college kids sound like college kids and work harder to get them a wider audience, good things can happen."

Serial’s moment came on the heels of other successful audio moments. A couple of years earlier, a little podcast about design, “99% Invisible,” became the most funded journalism Kickstarter ever. The resurgence has given a bounce to everything that radio now means: podcasts, NPR, crowdfunding and non-traditional storytelling delivered in non-traditional ways.

It’s in that last camp where I think journalism professors can be more committed and daring to the benefit of three key groups: themselves, their students and audiences beyond their classrooms. I know because as I continue to try and figure this out, my students’ stories are getting aired throughout the U.S.

Success has happened through a practically free tool in existence for more than a decade, the Public Radio Exchange. PRX, recent distributers of another program you may have heard of (“This American Life”), is an online marketplace where audio producers post their work and stations and shows license it for air. Very recently, Fast Company named it among the “world’s top 10 most innovative companies in media” because of the platform it gives to creative minds interested in storytelling.

What’s great from a student standpoint is there’s no real gatekeeper. No one will say no, but PRX was started by radio geeks and is still run by radio geeks and they’re working to help other radio geeks by curating and promoting and, sometimes, giving a piece its own professional makeover.

I’ve managed an account on the site for the University of Montana School of Journalism since March 2013, the semester I started teaching Advanced Audio. I edit and post what I think might appeal to people outside of where I live — evergreen, often quirky, sound-rich stories. They’re (mostly) pro-level quality, but still sound like what they are: the product of people who aren’t old.

At this point, student-produced pieces have been licensed for air by radio stations 45 times. They’re running in New Hampshire and New Mexico and New Jersey, Washington, California, Florida. Several were picked up by our NPR member station, Montana Public Radio, because it was an easy way to shop around and find the right fit. My kids’ stuff has also aired on “PRX Remix,” an eclectic show on 17 public radio stations in all regions of the country, on satellite radio and is a podcast (natch).

Like Serial, some of our stories blur the line between objective journalism and first-person storytelling. The first to get picked up by “PRX Remix” involved the vegetarian reporter eating roadkill, which had become a recently legal thing to do in Montana. The second one was titled, “Where’s the Weirdest Place You Put Your Hand?”

Really solid, more NPR-friendly pieces were licensed multiple times. Others, like old kitties, are still waiting to find a home.

I was surprised when, after a pretty thorough search, I confirmed with both the chief content officer and the community manager at PRX that very few colleges teaching broadcast journalism have a presence on the site. Free accounts allow up to two hours of content. Pro accounts with unlimited storage can be had for $50 a year. PRX might offer to sweeten the deal, if you ask, with unlimited accounts for students.

Says Chief Content Officer John Barth, who was a founding producer of “Marketplace” and is a man I’ve called the mayor of modern radio, “I think it’s a massive missed opportunity.” I couldn’t agree more.

It makes me wonder about the approach to audio within journalism education. I admit I’m no expert on everything that’s going on out there regarding universities and radio, but I have some hunches there’s a lot more room than we’re taking up inside radio’s latest rebirth. Are we missing opportunities by teaching and helping to create stories that sound like old radio? That keep student stories cornered to in-house websites, in-class listening sessions or on-campus stations? Set them free, is what I think. Let the world listen — and license.

Let students pursue stories we’d never do (here’s one example: a piece my student produced about hiding weed in her vagina and getting on a plane. It ran on the edgy and smart podcast “Audio Smut” and has been listened to many thousands of times through another great and mostly free site for posting and sharing audio, SoundCloud).

My students have taught me that if we kick that gray-haired newscaster style out of the booth, let college kids sound like college kids and work harder to get them a wider audience, good things can happen. You look hipper than you are. Your students might win awards. People could want to take your class. They’ll build their portfolios and maybe get jobs by getting professionals to notice. And radio listeners? They’re the big winners because they get to hear what young talent, properly coaxed, can do.

Making radio is easier and cheaper than it has ever been. Even iPhones record decent sound. Passable editing software can be downloaded for free. You want to see a college journalist finally get that spark? Give her a recorder, let ‘er rip and get it aired.

Jule Banville is an assistant professor at the University of Montana School of Journalism. She’s worked as a producer at WNYC and filed as an independent for public radio shows that include “Marketplace,” “Splendid Table” and “Weekend America.” In 2014, her students placed first and second at the national Hearst Journalism Awards for radio.