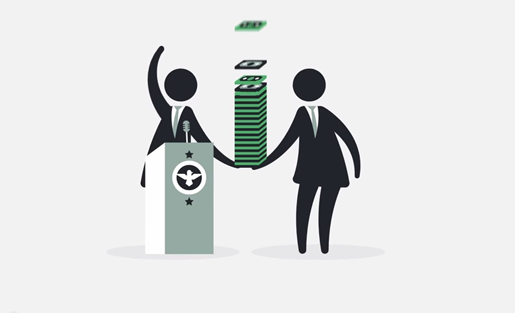 FollowTheMoney.org aims to help journalists and the public see connections between political donors and elected officials.

Just a little over a week after announcing the winners of its News Challenge on libraries, the Knight Foundation has revealed the latest recipients of its Prototype Fund. Ten media projects will receive $35,000 in funding to help push them from early stage ideas to a formal launch.

Knight launched the Prototype Fund in 2012 in an effort to support experimentation and innovation in journalism. Winners of the fund go through a six-month design training period to build out their ideas and will present their prototypes at the end during a demo day. “Grantees get the benefit of sharing lessons as they build out their ideas, while helping us understand how to advance and learn from early stage media and information projects,” Chris Barr, Knight director for media innovation, explained in a statement.

"Grantees get the benefit of sharing lessons as they build out their ideas, while helping us understand how to advance and learn from early stage media and information projects." -Chris Barr

Many of the projects in this round of winners have to do with data — from improving the ease of data storytelling (Flatsheet) to helping journalists interpret satellite imagery (Columbia University’s Conflict Analysis Toolbox). Others follow a theme of transparency — like FollowTheMoney.org, which looks to reveal election campaign financing — and the Center for Technology and Civic Life’s Online Learning Toolbox, which lets local election administrators share information with citizens.

Applications for the next round of the Prototype Fund are due February 16. You can apply here.

Meanwhile, here’s a rundown on the current class of grant winners. You’ll be able to read more about some of their projects here on Idea Lab as they progress.

PolitiFact Plug-In by Poynter Institute
Project lead: Aaron Sharockman
Project description: Designing a fact-checking plug-in for Web browsers that will allow people to request a fact-check of Internet content from PolitiFact staff; users will be able to vote on fact-check requests and make comments on flagged content.

Wikipedia Space
Project lead: Andrew Lih
Project description: Establishing a visitor and discovery center at the National Archives and Records Administration in Washington, D.C., where the public can learn about Wikipedia and a free information culture.