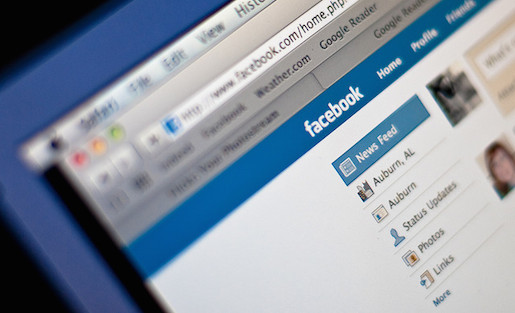 But, the increased awareness of stressful events in other people’s lives — which one might come to know about from the use of these digital technologies — plays a role in increasing stress levels among social media users, especially among women. The survey refers to this as “cost of caring.”

"Stress is kind of contagious in that way ... There's a circle of sharing and caring and stress." -Keith Hampton

Gender differences with social media use and awareness

Among the survey’s major findings is that women are much more likely than men to feel stressed after becoming aware of stressful events in the lives of others in their networks.

“Stress is kind of contagious in that way,” said Keith Hampton, an associate professor at Rutgers University and the chief author of the report. “There’s a circle of sharing and caring and stress.”

Women in general are already more likely to report higher stress levels than men. This could be attributed to a number of reasons, such as that women have increased demands in their lives or that men don’t care or pay attention to their own stress levels as much, Hampton said.

Overall, however, women who were regular users of social media actually reported lower stress levels than women who did not use these digital technologies, the survey found.

“It could be that there is something valuable about social sharing, and that it actually helps them manage their stress in a low-demand way,” Hampton told PBS MediaShift.

Compared with men, women are also typically more likely to be aware of the happenings of their friends and families. But the survey results show the loop effect of sharing and consuming tense information online also changes according to the familiarity of the person.

The biggest predictor of stress for women was knowing that someone close to them had experienced the death of a loved one. Yet the survey also found that knowing that about someone who was more of a distant acquaintance changed the reaction.

“When women see more-distant acquaintances struggling with stressful events, it might have the effect of inducing relief that this particular event has not happened to someone closer to them,” the survey’s report said. “It is a reminder that the lives of close friends/family could, after all, be much worse.”

The ‘cost of caring’ on a different scale

Technology has changed the scale in which we experience stress in part because it has changed the way we communicate and keep up with others. Figure courtesy of the Pew Research Center.

The Pew survey evaluated answers from 1,801 adults using an established measurement of scaling stress called the Perceived Stress Scale. The influence of digital technologies was then applied to this traditional stress scale.

“For many, the new social reality is that people are pervasively and persistently connected through social media,” said Lee Rainie, the director of internet, science and technology research at the Pew Research Center. People are now connected with acquaintances who might have been long forgotten and have a steady stream of information on the lives of others at the tip of their fingers. People might only be “sipping” the bits of information people are sharing, but the cumulative effect of that has its own toll.

“In fact, all these little sips add to a big gulp,” Hampton told PBS MediaShift.

More detailed information on the survey’s findings are available at the Pew Research Center’s website.