When a Brand Becomes a Publisher: Inside Red Bull’s Media House 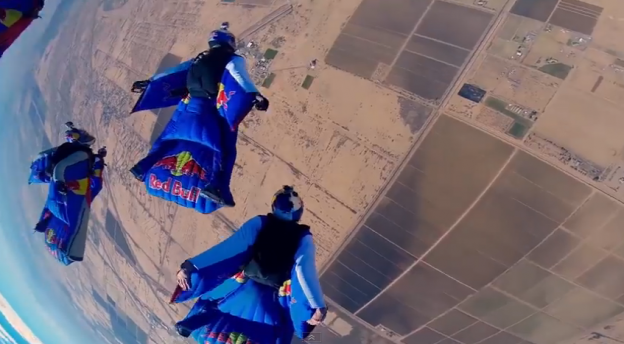 A screenshot from Red Bull's Miles Above film.

It’s often said that every company is a media company. Red Bull has embraced that maxim in a full-throated way.

Not only does the Austrian energy drink maker create TV shows, magazines, movies, books, music and more, but they also distribute their creations everywhere from newsstands, to theaters, TV, YouTube, mobile apps and, of course, the Web.

“What we do always has to come with some form of paycheck, whether advertising, licensing or a coproduction deal.” -Werner Brell

What makes them rare, if not unique, as a consumer brand, though, is that so much of the media they create stands on its own, as true media, enjoyed for its entertainment or informational value — rather than as, simply, marketing.

Werner Brell, managing director of Red Bull Media House, said in a rare public appearance at the Content All Stars summit in New York a few weeks ago: “We were creators, producers and distributors” of Felix Baumgartner’s record-breaking leap from outer space to Earth, which got 9 million concurrent views on YouTube.  “We owned the entire project.”

The Media House, created six years ago as a separate arm of the company to create what Brell called “premium” media, produces and sells high-end art and photography coffee table books, a yearly calendar, DVDs of adventurers exploring forests and fjords, and TV shows.

Their latest movie, “On Any Sunday, The Next Chapter,” will be in theaters across the U.S. this month.

Their Red Bulletin lifestyle magazine has a circulation of more than 3.1 million per month globally, via newsstands and through newspapers.

They license their media to Discovery Channel, Netflix, Crackle, Nintendo “and many more,” Brell’s colleague Patrice Radden told me in an email.

And, they have sales teams throughout key cities in the U.S. and Europe, selling advertising spots to other big brands such as Nike, Casio, Dodge and Patagonia in the U.S., alone.

They sell advertising and sponsorship packages for their 13-episode action sports TV series, broadcast by NBC, which also sells ads for the show.

They’re proud, Radden said, that their content reaches “the coveted and elusive young demographic across the globe,” which is certainly one reason other advertisers will pay for the exposure.

“We bring the age demo down for NBC,” Brell quipped.

While none of what they do with media “is record breaking for media companies, it’s pretty unique for a brand that’s known for selling energy drinks,” Brell said. “We create more than 600 pieces of content every year.”

Silicon Valley journalist Tom Forenski wrote that real “media companies don’t create media about themselves,” citing it as a stumbling block for so much of content marketing.

“Have you seen an image of our drink, yet?” Brell asked, rhetorically, at the Content All Stars show, after showing minutes of snowboarders, musicians, concertgoers, skaters and other athletes and fans in the media they’d produced. He was drinking a Red Bull on stage.

The media Red Bull creates — whether action shots on mountain tops or popular musical groups’ albums and concerts — comes at a cost that isn’t justified by sales of their beverages, alone.

Financial return on the money they put into their media is “something we grapple with on a daily basis … it’s obviously expensive,” Brell said when I asked about ROI. “What we do always has to come with some form of paycheck, whether advertising, licensing or a coproduction deal,” to help defray the costs.

Red Bull is a privately held company, and so doesn’t reveal the breakdown of the billions of euros it earns every year.

Still, they don’t, Brell hinted, recoup their entire investment in media, and measure some of the ROI in impact. “It’s a mixture of value, engagement and the dollars,” he said.

The company also spends money on traditional advertising. (They had to pay $13 million after losing a lawsuit that said their slogan, “Red Bull gives you wings,” was misleading, MediaPost reported last month.)

The Media House doesn’t, though, buy advertising to promote their media, Radden said.

They do pay close attention to the audiences they’re reaching, and how.

They discovered, for example, that by serializing a Web show about athletes on YouTube, putting them at a consistent day and time, they “immediately tripled the duration of viewing and engagement,” Brell said.

They hope with a documentary-style show on CBS to attract more women, and some older viewers, Brell said.

But they won’t be looking to turn their media efforts profitable, Brell noted. “If it were pure dollars [they were after], we probably would have to leave a little bit our really stringent adherence to what the brand has to represent,” he said.

Still, that they can sell, license and advertise in what they produce shows it is not just content, but entertainment and information — what I would call media.

I joked to Brell that a toilet paper company couldn’t do what Red Bull is doing, and he vehemently disagreed.

There are, he said, rules that any brand — can live and die by to create media: Know your brand and stand by its ethos, be relevant and authentic, surprise and innovate (“don’t be a copycat”), be consistent, and tell a real story.