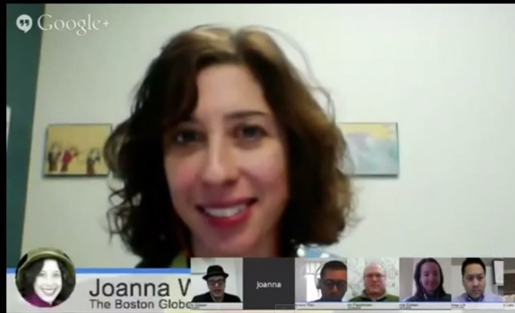 Long-form journalism is seeing something of a resurgence on the web. While many people believe digital media has pushed people toward short, bite-sized listicles, deeper stories continue to resonate when they hit the right audience. Plus, online publications such as Atavist, The Verge and even BuzzFeed regularly publish long-form pieces. Now we have another long-form effort to consider: Jill Abramson, the former executive editor of the New York Times, revealed in October that she and veteran journalist Steven Brill are working on a long-form startup, which would pay authors $100,000 for their stories. Since then a few details have come to light. The subscription-based service would publish one article each month and charge $2.99 per month. But in light of the restructuring at startup Byliner and the dissolution of app-based The Magazine some are wondering if this startup can actually succeed. What is the future of long-form journalism online? What is the best business model? We’ll discuss that on this week’s podcast with guests Glenn Fleishmann, editor and publisher of The Magazine; Joanna Weiss, columnist for the Boston Globe; along with regulars Andrew Lih from American University and Alex Leo from Yahoo! PBS MediaShift’s Mark Glaser will be hosting and Fannie Cohen and Jefferson Yen will be producing.

I think what it boils down to [is] people don't value digital content as highly...I don't know if the value proposition works for the average person unless you're creating something highly specialized or highly compelling - Glenn Fleishmann
ADVERTISEMENT

Glenn Fleishman is a veteran technology journalist who contributes regularly to the Economist, Macworld, and Boing Boing. He’s the editor and publisher of The Magazine, a pioneering born-digital app periodical, and the host of the podcasts The New Disruptors and The Periodicalist. He can be found on Twitter @glennf way too often, and lives in Seattle with his wife and two sons.

Joanna Weiss began her journalism career as a reporter for the Times-Picayune in New Orleans and later joined the Boston Globe, where she covers politics, culture, and the intersection of the two. She writes a weekly column that appears, via the New York Times newswire, in newspapers nationwide. She also edits political commentary and multimedia political coverage, and moderates and produces a series of online debates. She is a frequent commentator on TV and radio and the author of the novel, “Milkshake,” a satire about the politics of motherhood. You can follow her @joannaweiss

In an interview with Capital New York, Brill said that writers may also receive a cut of subscription revenue. “If the subscription share is less than the upfront payment, writers won’t receive any additional remuneration,” he said. “But if the subscription revenue share exceeds the upfront payment, writers will receive the difference between the two—on top of the initial payment.”  In the same interview, Brill said subscriptions will be the main component funding this venture but they are looking to raise money from investors. Brill also revealed that this project would not stand alone, but rather be “an element of a certain established website.”

According to GigaOm’s Mathew Ingram, the numbers just don’t add up. “If the Brill/Abramson venture charged $10 or $20 a month, it would need between 400 and 800 subscribers just to pay for a single commissioned piece at an average of $100,000 each.”  When it was first announced, Abramson said she wanted to offer journalists “money that they can live on.” It was not that long ago that people were talking about Byliner, which also paid its writers advances – in the tens of thousands rather than hundreds of thousands. It had a similar subscription based plan, where for $5.99 a month you could read all of their articles. But that wasn’t enough to sustain the company, which was bought out in 2014.