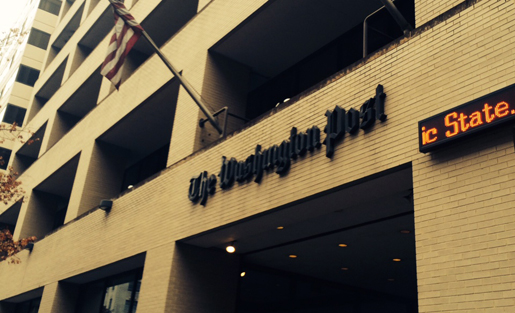 On Nov. 6, PBS MediaShift convened a group of media technologists and entrepreneurs to apply the “Yes, and…” rule to media innovation at Collab/Space DC at the Washington Post. Led by improv comedian/techie/journalist Josh Korr and PBS MediaShift executive editor Mark Glaser, the group participated in a day-long workshop focused on brainstorming new solutions to challenges faced by different data projects at startups, non-profits and media companies.

“Why are people talking so much about data this year? In part, it's because the tools have caught up to the data, and people are beginning to understand what we can do with it.” -Mark Glaser

This was the fifth Collab/Space event hosted by MediaShift and the second such event sponsored by the Donald W. Reynolds Journalism Institute at the University of Missouri in order to celebrate innovation in journalism.

“Why are people talking so much about data this year?” Glaser asked. “In part, it’s because the tools have caught up to the data, and people are beginning to understand what we can do with it.”

But the dark side, he cautioned, is that it can be a bear to deal with the amount of data available today. It is also a fine line between data that feels like it’s helpful for making a better world, and data that feels like someone is following us. The Collab/DC event focused on the good that can be done with data. “What can we do with data to help the public, to help people out?” Glaser asked.

Featured speaker Jacqueline Kazil, of 18F and a former Presidential Innovation Fellow, offered a series of observations about opportunities for using government data for social good.

“The qualities that make a good journalist make a good civil servant,” she said of her transition from media to government. She urged startups and civic hackers to communicate with government around open data, whether through Github comments or via email, because agencies are looking for feedback on what data sets to release first.

Afternoon speaker Alexander B. Howard, who contributes to TechRepublic and runs his own blog, E Pluribus Unum, gave an excellent primer on data projects past and present. He cautioned that government data is not always available or accessible. His prediction: Ten years from now, there will be a lot more data about government performance and a lot more APIs.

After some improv comedy games as warmups, the eight project leaders gave quick presentations and explained their challenges to the audience of journalists, academics, civic hackers and entrepreneurs. Audience members then took 10 minutes to ask the entrepreneurs clarifying questions. Media strategist Brian Reich summarized the projects’ challenges and suggested directions he would like to see them go in. The format was not unlike the TV show “Shark Tank” — except that the “yes, and…” spirit prevailed. On the reality show, someone would have been humiliated. In the Collab/Space model, each innovator was helped by the collective brainpower in the room. The presenting projects, each of which involved data for social good, were:

Questions, large and small, arose. What are the possible uses and misuses of open data? How can data increase civic engagement? What are possible business models for innovative civic data projects? Are there ways to apply new technologies, like artificial intelligence, to data during health crises? How can immersive technologies from the video game world, such as Oculus Rift, be applied to journalism? How can data encourage citizens to be more creative about the visual landscape, and actually change the streetscape in their neighborhoods?

Inside each group, the “yes, and…” mindset was liberating. Too often, brainstorming sessions end up with a naysayer, someone who shuts down an idea before it has time to develop. Under this model, the group had to dig deep to come up with creative ways to push each idea further toward a realistic possibility.

For example, the need to distribute accessible daily public health data was one of the challenges faced by the Development Seed team working with the World Health Organization on its Ebola Data Portal. The brainstorming group, buoyed by its success in an improv exercise involving imaginary startups vomit.ly, penguin.ly and annihilate.me, came up with the idea of using automated reporting to turn routine health data into radio scripts that could be broadcast on local radio stations.

Thanks to @internetrebecca for facilitating a collaborative brainstorming session for @streetmix at #collabdc today! pic.twitter.com/4IIXxb18OV

Lindsey Cook, data reporter at U.S. News & World Report and a project presenter, offered a guiding lesson from the day for those who are dipping their toes into data or putting together projects with limited resources. She said: “Build projects that are new, reusable, quick and pack a punch.”