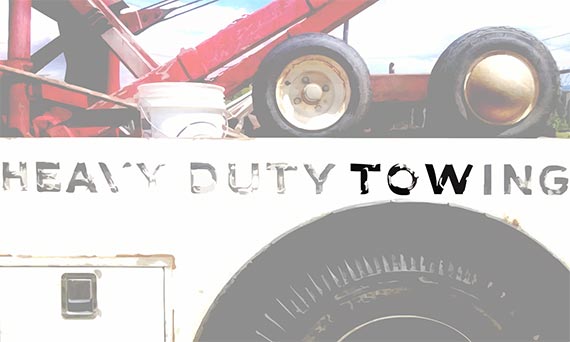 The TOW is an online environment for learning the art and craft of multimedia storytelling.

This post is a follow-up to the Idea Lab article “The Shape of Learning: How Media Consumers Become Media Producers,” based on experiments and observations in the TOW (Transom Online Workshop).

We can improve the journalism industry by improving journalism: Create stories that consistently win hearts and minds, stir souls, engage brains. How do we produce better stories and better storytellers worldwide? One way is better online journalism education.

"Current online ed schemes can stream lectures and robo-grade tests, but aren’t well-tailored to teaching complex, creative crafts such as journalism. They could be, though."

What’s needed isn’t revolutionary change — it’s evolutionary adaptation, building on successful strategies that will survive best in globally interconnected environments. Current online ed schemes can stream lectures and robo-grade tests, but aren’t well-tailored to teaching complex, creative crafts such as journalism. They could be, though.

MOOCs for the masses

This country’s best schools manufacture most MOOCs, a limitation they may not overcome. Top universities teach those who excel in scholastics. They share little experience with most learners, some who’d rather be almost anywhere but in school.

Harvard educates only about a tenth of a percent of the 18 million or so students enrolled in higher education in any given year. Any sentence that begins “Let’s take Harvard as an example…” should immediately be followed up with “No, let’s not do that.”
—Clay Shirky, “Napster, Udacity, and the Academy” (2012)

Community colleges “enroll 45 percent of all U.S. undergraduates,” many of them part-time students. So how do we make MOOCs for the average John and Juanita, Mary and Mohammed, 秀英 and Алексе́й?

Let’s start with what we know:

Many humanities profs already know this so they flipped their classrooms long ago, choosing dialogue over data dumps. But without lectures, what is left?

It’s misleading to suppose there’s any basic difference between education & entertainment. This distinction merely relieves people of the responsibility of looking into the matter.
—Marshall McLuhan, “Classroom Without Walls” (1957)

Old is the new new

J-Education is in an era of incantation, chanting concepts into clichés: innovation (“stop using the word”), disruption (“one of the tech industry’s worst buzzwords”), and the latest, entrepreneurism (“Has the word ‘entrepreneur’ lost its meaning?”).

Detail from “History of Distance Education” by StraighterLine

Fascination with the future is fine, but it’s more instructive to mine the past. Online learning is but the latest in Distance Education technologies that started in the 1700s. At the end of the 1800s, John Dewey was saying things such as:

I believe that under existing conditions far too much of the stimulus and control proceeds from the teacher, because of neglect of the idea of the school as a form of social life…

The teacher is not in the school to impose certain ideas or to form certain habits in the child, but is there as a member of the community to select the influences which shall affect the child and to assist him in properly responding to these influences.”
—John Dewey, “My Pedagogic Creed” (1897)

Dewey’s ideas led to learn-by-doing Project-Based Learning techniques and Peer Instruction, where students teach themselves and others. These methods served us well in the TOW, an online environment for learning the art and craft of multimedia storytelling.

Transom.org ran three Knight Prototype Fund-ed workshops, about six weeks each. We had 60 learners from six continents (about a dozen were ESL), among them a National Geographic story editor, a Voice of Nigeria news anchor, and a Cairo university journalism professor.

Our goal was to quickly stimulate learners to produce quality journalistic work. What they made impressed us and others. Some of their stories aired nationally in Australia and the United States. One woman used hers to get an internship at KPCC-Los Angeles.

You’ve got to be brave and strong and desperately want to say something, create something. You will make mistakes and embarrass yourself on a continual basis, but this is part of the process and it helps a lot to see mistakes as opportunities to improve.
—Scott Carrier, TOW Mentor Statement

The TOW’s core assignments were to interview strangers, photograph them, and record their conversations: first in writing, later in audio and video. Then the task was to edit and arrange the best interviews into a basic story structure, with a beginning, middle, and end.

Learners began with this question: “What are you afraid of?” Here’s some selected TOW stories in this StoryMap:

It might make you nervous. It might feel awkward. It might be very counter-intuitive — the last thing you’re inclined to do, But if you talk to strangers, it’s a guaranteed way to improve your day and theirs.
—Aaron Henkin (WYPR-Balimore), “Talking to Strangers”

The TOW benefited from other older, often underutilized, educational approaches:

“Humans are bad at predicting the performance of complex systems. Our ability to create large & complex systems fools us into believing that we’re also entitled to understand them.”
—Carlos Bueno, The Mature Optimization Handbook (2013)

Learning journalism is creative, communication-based, sometimes chaotic, always complex. A good way to manage complex systems is to collect real-time data and set up feedback paths. That’s what we did.

On the advice of Dr. Carol Lindsey, we made a survey part of each assignment, asking whether the instructions were clear, the resources helpful, and the task useful. Their responses let us quickly find and fix problems.

(Traditionally, courses have only one survey, filled out when the class is over. That’s much less revealing than input gathered during the experience, and uncolored by grades.)

Surveys uncovered holes in our course materials. Beginners didn’t get what video “b-roll” was. We couldn’t find a good tutorial, so we commissioned one. Bam! Learner videos got better. Then filmmaker blogs picked up our tutorial; in a week it had 10,000 views.

We also contracted Tadpull, a user-experience firm, to interview several TOW learners. In just a few interviews, they found the same major issues identified in our scores of survey responses (a well-known UX phenomena).

These impartial user-interviewers were an invaluable way to objectively evaluate our workshop. Their reports became our to-do lists. This deck has some things we discovered:

Our final TOW survey asked what advice they’d give future TOW learners. Their answers read like a journalist’s checklist:

Education evolves when one class helps the next, and helps people outside the class. As educators we can share syllabi publicly, as do the World Press Photo Academy and the TOW. We can make great guides ourselves, see professor Kurt Lancaster’s videos on “Editing for Rhythm and Pacing” and “Sound Design”. We can encourage learner contributions, like the Mobile Reporting Field Guide, an amazing app by UC-Berkeley J-Grads.

From the discussion up

The power of discussion-based learning was the TOW’s major revelation. The discussion area shouldn’t be just another section of an online course, another link in its sidebar. The conversation should be where the entire course happens, much like a face-to-face class. All else can embed into the dialogue: assignment instructions, examples, resources, and submissions — videos, audio, photos, text, links, everything.

We envision an online education built from this discussion up. It becomes the central location where everyone meets, but not at the same time (“synchronous learning is biased”).

We see opportunities for enhancing digital assistance of journalism education. For editors and producers collaborating on audio/video works-in-progress, we need a tool to track and store all the versions, along with the edit-notes and comments for each. We need easy-to-assemble multimedia galleries to present that work within common CMS platforms. We imagine TOW teams assembling international content collections from workshopped pieces, perhaps even from open submissions.

And before we blast off to planet MOOC, let’s not forget to grab what we’ll need from time-tested face-to-face classes, examining them to find out what works, what doesn’t, and what is most easily transported online?

There is no formula, no recipe, no textbook that teaches you how to tell a great story. We learn from our mistakes. We learn to learn by asking and answering one another’s questions. We figure out how to use the tools, then how to edit and arrange the elements into a polished piece.

The worldwide web is our textbook. We construct more than instruct, inspire as much as inform. And we are very much influenced by Sugata Mitra’s (TED-prize winning) open, unstructured Self-Organized Learning Environments (SOLE):

This journey, for me, began back in 1999, when I conducted an experiment called the “hole in the wall.” By installing Internet-equipped computers in poor Indian villages and then watching how children interacted with them, unmediated, I first glimpsed the power of the cloud. Groups of street children learned to use computers and the Internet by themselves, with little or no knowledge of English and never having seen a computer before. Then they started instinctually teaching one another. In the next five years, through many experiments, I learned just how powerful adults can be when they give small groups of children the tools and the agency to guide their own learning and then get out of the way.
—Sugata Mitra, “We Need Schools… Not Factories”, Huffington Post/TED (2013)

From our instructor-led TOW, we now have an instructor-less (SOLE-like) TOW Facebook Group. It’s open to all. Check in anytime; send your students and interns there. Become part of a conversation about how to make better journalists and “almost-journalists,” and to make better interviewers and storytellers.

The TOW was created by Barrett Golding and Josef Verbanac with funding from the Knight Foundation.