Infographic: Breaking Down the Teaching Hospital Model for J-Schools 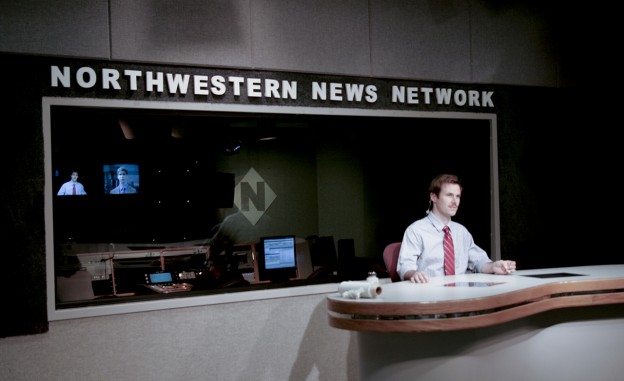 The Medill School at Northwestern University is one of a handful of schools that gives a professional practice requirement to their journalism students. Photo courtesy of Flickr user Kate Gardiner and used here by Creative Commons license.

I enrolled at the University of Miami’s School of Communication to pursue my career goal: become a television news anchor. In August, I will begin my senior year and assume the role of station manager of the campus television station.

Do I feel like I am on track for my career goal? Yes.

"Too many journalism schools still treat a diploma as if it is the ticket to the 'real world.' So much of the work that we, student journalists, produce exists to fill out a resume rather than inform communities."

Do I feel like I can get a news job after college? Yes.

Has my work as a student journalist made a difference to anybody? Probably not.

Why not? Too many journalism schools still treat a diploma as if it is the ticket to the “real world.” So much of the work that we, student journalists, produce exists to fill out a resume rather than inform communities. Most professors agree that up-to-date hands-on experience is best, but most schools haven’t blended that experience into their curriculum.

There are exceptions, of course. Some journalism schools propel their students into the real world. The University of Texas at Austin has a professional practices requirement for their journalism students. So does Northwestern University and the University of Maryland, among a handful of others. At other schools, such as my UM, students take charge of gathering their professional experience. I wasn’t required to do it, but I acquired experience by tracking down activists, undocumented immigrants and politicians to produce a documentary on immigration reform.

Enter the journalism teaching hospital. It is a model of education that unites students, professors and professionals to produce community-driven content under the same roof. I estimate that the model exists in bits and pieces at no more than 100 of the country’s estimated 500 journalism schools and programs. For the most part, it still only exists as an aspiration.

One of the loudest voices advocating this model is Eric Newton of Knight Foundation. This summer I have had the fortune to work with him through an internship at Knight. Ever since I stepped into his office for my job interview he hasn’t stopped raving about the model.

It is difficult not to share Newton’s enthusiasm. I also consider this model to be the best avenue to place students into the professional realm during their undergraduate careers.

However, I am not without reservations. When Arizona State University made the announcement this summer that they will own and operate Arizona PBS, they may well have established themselves as the first teaching hospital. We are yet to determine whether this pioneering move will be a success.

But journalism schools must stop insisting that unfamiliar is bad. Journalism is the industry of constant change being the new normal.

During my internship I confronted my skepticisms by dedicating time to conceptualize the teaching hospital. For me, that turned the large ideas into things far more concrete.

When I return to UM in August I hope to have a healthy disregard for the boundaries of “university world.” We may not be a teaching hospital, but we can still experiment. First order of business: create and train a news team that breaks stories using smartphones and the latest apps. The hope is that my labor as a student journalist extends to the community, and not just lines on a resume.

Nick Swyter is a Knight Foundation intern studying at the University of Miami. This post appeared originally on Knight Blog.