4 Things We Know About Civic Crowdfunding 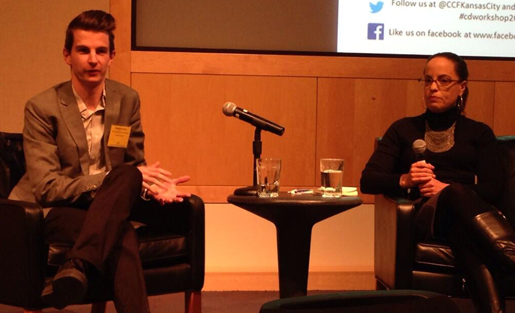 I’m capping two years of studying the emergence of civic crowdfunding by submitting my master’s thesis to the MIT archives. Great thanks are due to the wonderful collaborators I’ve had the privilege of working with. I won’t name everyone here, but all of you folks will find your names in the Acknowledgments section.

You can read Civic Crowdfunding: Participatory Communities, Entrepreneurs and the Political Economy of Place in its entirety (173 pages) now, and if you do so, I’d love to hear your feedback. Before you get to that, though, here are some of the most important things I learned about civic crowdfunding, and a few thoughts on where we’re headed next.

Crowdfunding is everywhere. People are using it to fund watches, comic books, even famous film directors are doing it. In what is now a $6 billion industry globally, I think the most interesting, disruptive and exciting work that’s happening is in donation-based crowdfunding. That’s worth, very roughly, $1.2 billion a year worldwide per year. Within that subset, I’ve been looking at civic projects, people who are producing shared goods for a community or broader public. These projects build on histories of community fundraising and resource pooling that long predate the Internet; what’s changed is that we’ve created a scalable, portable platform model to carry out these existing practices.

So how is civic crowdfunding doing? When I started this project very few people were using that term. No one had done any aggregated data collection and published it. So I decided to take on that task. I collected data on 1,224 projects between 2010 and March 2014, which raised $10.74 million in just over three years. I focused on seven platforms: Catarse (Brazil), Citizinvestor (US), Goteo (Spain), IOBY (US), Kickstarter (US), Neighbor.ly (US) and Spacehive (UK). I didn’t collect everything. There’s a new crowdfunding site every week that may or may not have a few civic projects on it. If you’re interested in my methodology, check out Chapter 2. I don’t pretend to have captured every civic project that has ever existed, but I’m working with a representative sample.

Here are four things I found out about civic crowdfunding.

We don’t have enough high-quality data, and not enough time has passed, to answer these questions satisfactorily yet. There are some clues in the rhetoric people use, which I explore in Chapter 4 of my thesis, but they point in many different, contradictory directions. Nevertheless, there are concrete goals we can work towards to try and make the answers to those two questions positive ones for community development and society more broadly.

Communities and the groups that serve them, in the government and social sector, are in an important position to influence how crowdfunding evolves. It can just as easily become a part of the toolkit for community organizing and be a mechanism for getting resources to places where they’re needed as it can be to do the opposite. I’ve been involved as a workshop leader and adviser in trying to help support some of this activity, but we’re really just getting started.

To really understand what’s going on, especially over the longer term, we need better data. We need to know more precisely when projects are happening, if they’re succeeding, and by what measure. And we need to be able to know how what’s happening in crowdfunding relates to the other things we measure. We can’t build civic engagement and awareness on the back of bad data. This is something I’m actively working on with the platforms I’ve worked with.

Finally, we need more socially grounded research in this space. It’s one of the things I’m going to be spending my time on at Stanford over the next five years. I’m excited about advancing qualitative inquiry to support the quantitative analysis we’re doing, research that helps us understand how crowdfunding is changing the ways that organizations and the people within them work. We know crowdfunding is not just a numbers game, it’s a very human and complex game, and I look forward to continuing to help us understand it better.