We Need to Take Responsibility for Solving the Media’s Problems 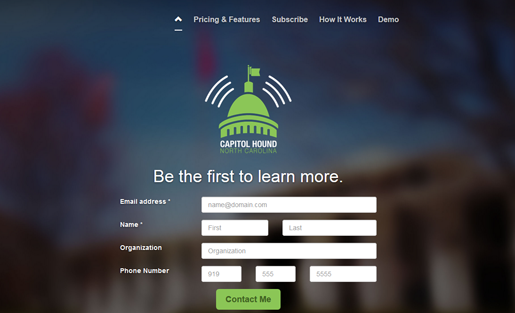 It can be easy to say, “I’m a reporter. I’m just going to interview and write. YOU better figure out how to make sure we have enough money so I always have a job.”

But there comes a time when you have to take responsibility for all that.

"We have to stop avoiding the things we don’t like. If we don’t deal with numbers and sales, we won’t be able to sustain journalism."

Reese News Lab Associate Director Sara Peach recently presented to a group of visiting journalists. They covered a lot, but one thing she said particularly stuck out to me:

“A lot of people go into journalism because they hate math.”

That’s me. I’m a math hater. I wish I wasn’t, but I am. I’d love to avoid numbers in my career, but, since I started working at the Reese News Lab, I realized that’s impossible.

Though I’d love to just report and hope that someone else sorts out the media industry’s number problems, I can’t. Even (especially) as a reporter, it has to be my responsibility to play a role in solving the industry’s financial problems. I have to figure out how to make my work sustainable. At the very least, I have to try.

Now if there’s one thing I hate nearly as much as math, it’s sales. But, like my relationship with numbers, my aversion to sales has shifted.

I’m entering week three in my time at Capitol Hound. For the most part, I’m responsible for selling subscriptions. This isn’t my first time trying to sell something. I worked for a political campaign in high school and spent hours trying to sell that candidate.

Once, while I was canvassing, a woman turned her sprinklers on me. I just stood there — 15 years old and soaking wet. I had no idea what I was doing.

I’ve grown up a bit since then. I’ve sold myself in applications to universities, in job interviews and grant proposals. I don’t hate selling quite so much anymore.

My time selling with Capitol Hound has synthesized all of the sales lessons I’ve learned since high school, and it’s taught me quite a bit more.

The most important lesson, I think, is about personality.

In the first week of selling Capitol Hound subscriptions, I relied heavily on email templates and phone scripts. On the phone I sounded like a machine, and the copy/pasting I was doing in Gmail might as well have been automated. As I went through the week, I realized that I was having trouble getting people to respond to me.

A particularly vivid turning point came when I was on the phone with a lobbyist. “Do you have a second to talk?” I asked after having launched into my heavily scripted introduction.

“Anything for you darling,” he responded, his voice dripping in condescension. After I hung up from that call, my initial reaction was to be angry. Who was this man who thought he could talk to me like I was a child? Why didn’t he treat me like a real person? Taking a step back from this reaction, I realized that I hadn’t really treated him as a person either. I just read him a script. I didn’t ask how he was or what he needed.

It’s easy to say no to, or hang up on, a machine. It’s harder to do that to a real, human person. So I threw out the scripts and templates, and I started asking people how they were doing.

Once I got past that human moment, getting people involved in a conversation about Capitol Hound was a lot easier and a lot less stressful. Whether at the end of the call, people decided to subscribe or not, it always ended pleasantly.

We have to stop avoiding the things we don’t like. If we don’t deal with numbers and sales, we won’t be able to sustain journalism. Of course, embracing numbers won’t solve all of our problems.

When I decided that I wanted to be a reporter, I thought I would get out of dealing with things like math and sales. It’s been a bit of a bummer to realize that’s not the case. But rather than begrudgingly accepting my problems with math and sales, I’ve decided to run at them head first.

Likewise, if everyone in journalism runs at that giant wall of financial problems, we might just be able to knock it down.