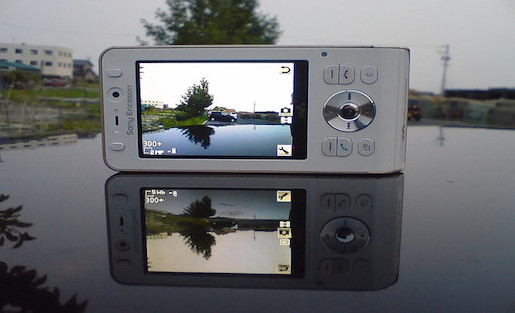 Photo by Emran Kassim on Flickr and used here with Creative Commons license.

Four years ago, a police killing in rural Buckfield, Jamaica was caught on camera and uploaded to YouTube. The fatal shooting of a man who was laying on the ground, surrounded by a crowd, with no visible weapons but the rocks at his side, made headlines in Jamaica and unmasked the lies in the police department’s press release that described an officer shooting in self-defense. The cell phone video exposed irrefutably the police violence that most Jamaicans are aware of, but that is characterized by a pattern of impunity.

Similar videos have been featured on the Human Rights Channel. Videos that leave little doubt about the existence or extent of abuse. In a similar case last year, an eyewitness in South Africa filmed policemen handcuffing a taxi driver to the back of their vehicle and driving away. The taxi driver, Mido Macia, was later declared dead in his jail cell of head injuries.

"Exposure is distinct from justice, and though we may wish to see every YouTube video that documents abuse shown in a courtroom or to a policymaker to make an impact, the reality is quite different."

In cases of police brutality, justice often comes down to the words of authorities against the silence of a dead man, and one side always comes out on top. But when a video captures the incident, it provides a counter-narrative to the official line. Because of that, there is often an overwhelming sense of hope among human rights activists that such a video can be the one to finally change a pattern of impunity and bring about justice.

So would the video that exposed the Buckfield killing beget a different outcome from the extrajudicial killings in Jamaica that were not caught on camera?

Photo by bbcworldservice on Flickr and used here with Creative Commons license.

At first, the video seemed to make a difference. After it emerged on YouTube and spread across national media, the sergeant was charged with murder, and the police department shook up its internal review board. But when the murder case went to trial last year, the video was not used, the post-mortem went missing, and in the end, the accused policeman was found innocent and freed. The officer pleaded self-defense, and no evidence was brought forth to prove otherwise.

Exposure is distinct from justice, and though we may wish to see every YouTube video that documents abuse shown in a courtroom or to a policymaker to make an impact, the reality is quite different. We have witnessed several incriminating citizen videos that go viral on YouTube but fail to enter the arena in which they could potentially make the most difference — the justice system.

There are several reasons for this, many of which go beyond the quality of the video itself. A dysfunctional justice system, untrained lawyers and an authoritarian government will keep the most meticulously captured footage from making a difference in a court of law.

But other barriers can be overcome with improved techniques for those filming and analyzing footage of human rights abuse. A filmer who knows, for example, which content to capture and how to preserve a video’s chain-of-custody, is more likely to produce footage that will hold up to the high standards of a court of law. These hurdles should be addressed if we want to use video — including raw footage captured by eyewitnesses — as a tool to hold perpetrators of abuse to account.

Resources Needed for Filmers, Reporters, and Legal Systems to Leverage the Potential of Citizen Video

Over the next year, WITNESS will be developing, testing, and sharing new tools, skills, and resources to help citizen video not only expose abuse but bring about change in judicial systems and formal investigations.

The Verification Handbook is free online, and was produced by the European Journalism Centre, with WITNESS as a partner.

We’ve already begun. Last week we saw the launch of the Verification Handbook — an ambitious collaborative project in which WITNESS is proud to be a partner. The handbook is the first comprehensive resource for reporters and crisis responders on verifying — or debunking — media sourced online, including videos and photos.

In the case of the Buckfield shooting, Jamaica’s director of public prosecution told a local news station that one reason the eyewitness video was not used in the murder case was because it could not be authenticated. The skills to verify online footage with confidence can be critical when such footage contains valuable evidence.

However, it is not only third-party experts who need the skills to verify online footage; filmers too need to learn how to create verifiable video. That is the core audience for WITNESS’ “Visualize Justice: A Field Guide to Enhancing the Evidentiary Value of Video.” The forthcoming resource will help filmers, activists, investigators and lawyers understand where online video can make a difference in the legal process, and how to capture footage that can be an effective source for human rights documentation.

Over the next few months, we’ll share components of the guide that WITNESS trainers have tested and revised in the field. Eventually, we will publish the entire guide in multiple languages.

In the meantime, we will be watching the South African courts later this year as the officers charged for the dragging death of Mido Macia gets underway. After it suffered its first delay, it is now scheduled for late May. Like the Buckfield killing in Jamaica, eyewitness video brought the story to light. Yet to be determined is if and how it brings perpetrators to justice.

Madeleine Bair curates the Human Rights Channel for WITNESS, a Webby-nominated collaboration with Storyful, hosted on YouTube. Follow her at @MadBair, and follow the channel at @ytHumanRights. Madeleine and WITNESS Program Director Sam Gregory at SXSW Interactive next month. Madeleine will present on Media, Technology, and Crisis, and Sam will discuss Mobile, Tech, and Human Rights.