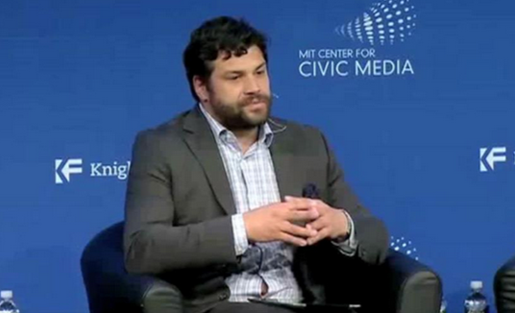 On the heels of announcing its most recent slew of News Challenge winners, the Knight Foundation has announced it is funding 24 early stage media projects.

Knight’s Prototype Fund supports small projects with grants of $35,000 each in an effort to push media projects from ideas to actual demos. The fund, which accepts applications on a quarterly basis, is one of several moves by Knight to accelerate innovation in journalism. The foundation also now offers three rounds of its News Challenge instead of one competition per year.

“The Prototype Fund began because of a move by Knight to match its funding more closely to the pace of innovation, while taking advantage of the low cost of experimentation,” Chris Barr, who leads the Knight Prototype Fund, said in a statement.

"The Prototype Fund began because of a move by Knight to match its funding more closely to the pace of innovation, while taking advantage of the low cost of experimentation.” -Chris Barr

This round of Prototype Fund winners focused on human-centered design. Nine of the projects took part in the most recent News Challenge round, which was centered on health data.

Brown Bag Software: Revealing the challenges and constraints of building mass transit by creating a simulation app that allows the public to build model transit and land-use programs to better understand basic design and operational constraints.

Data Driven Detroit: Informing the public and addressing important community issues by developing an interactive tool that helps Detroit residents discover and use relevant data about their city.

Farmers Market Coalition: Providing farmers markets with a Web application to easily and effectively collect, store and report data about the health impacts of their markets.

Fathom: Making complex zoning data accessible and actionable for the public by creating a website that will visualize details of Boston’s new rezoning ordinance for urban farming.

Global Sensor Web: Helping scientists and citizens collaborate and better monitor their environment through an online platform for aggregating geo-tagged data sets from public data sources and the onboard sensors of mobile phones.

!nstant: Building a mobile app designed to verify and provide context to breaking news on social media so that the public is given a more accurate and clear picture of news stories.

One Degree: Helping people find community resources by developing a Web app that allows users to discover, track and share their experiences about social services.

Restatement: Making legal information more accessible by producing a design-driven system for the creation and parsing of machine-readable legal text.

Sexual Health Innovations: Providing up-to-date STD data by building an API to allow easy sharing of aggregate STD test data among clinics, health departments and the Centers for Disease Control to inform communities and help organizations mobilize resources to those in need.

The Center for Rural Strategies: Testing an approach to generate data-driven, localized news stories that media and other organizations in rural U.S. counties can use.

University of Missouri: Developing a system to collect and report noise data to better track problems of noise pollution in Columbia, Mo., that will be informed by community hacking events and prototype tests.

Vizzuality: Building an open source tool that allows journalists and other users to quickly turn data, maps and other content into interactive stories for online publication.

Zago: Seeking to make newsrooms more efficient by building a mobile app that will allow secure data sharing between reporters and their newsrooms.

Stay tuned for more information on the winners. You’ll be able to read more about some of the projects here on Idea Lab.