Magazines of Stuff: Embracing the Physical in the Digital Age 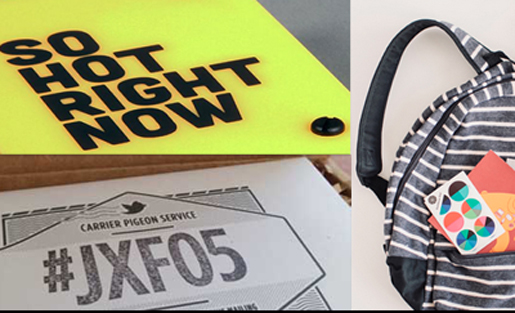 The digital disruption of the magazine world has, in some cases, spurred a return to the tangible with a new, physical "magazine" that is a curated collection of goods delivered to subscribers.

One way to react to the digitization of magazines is to experiment with the physical nature of the publications as tangible things. There’s been a return to the sensual pleasure of ink on paper and luxuriant design, especially at small, independent magazines.

Some innovators, however, are going even further and creating magazines of things — edited collections of items, delivered by subscription, that tell their own stories without the aid of text on paper. While these creations look very different from the bound stacks of paper we’ve long known as magazines, they follow a similar concept. Their designers have also developed ways to use digital media to reinforce subscribers’ enjoyment of these products. And, while intriguing in themselves, these innovative subscription services — OK, we can call them magazines! — also offer lessons for traditional print publications.

"The original utility of printing was to transport information, but that’s become redundant with digital. Its new utility is to tell stories through its physicality." -Tim Milne

Zach Frechette, formerly editor-in-chief and co-founder of Good Magazine, also founded Quarterly, a service that offers boxes of goodies selected by various contributors. The contributors represent a wide range of professions — chefs, musicians, bloggers, designers — who select specific products that reflect their personal tastes for inclusion in a quarterly shipment. Subscribers receive the contributor’s unique collection by mail. Each shipment costs from $25 to $100.

As at a magazine, contributors work with Frechette’s team to collaboratively create and “edit” their shipments.

These items are from one of author Tim Ferriss’ Quarterly shipments.

“When we’re talking about Quarterly, we use a lot of magazine metaphors. People are ‘contributors,’ packages are ‘issues,’” Frechette explains. “It is a storytelling platform, a way for [contributors] to express what’s on their minds … We want them to have free rein, but we have learned a lot about what makes subscribers happy and what works. It’s very much like an editor-writer relationship, going back and forth, starting with a list of ideas, tweaking it, and working with them to end up with a package that works for subscribers.”

Though the boxes aren’t paper magazines, Frechette says Quarterly functions like magazines for readers by regularly delivering something physical in the mail that resonates with subscribers’ personal values.

“There are experiences we have in the real world that are more powerful and more meaningful than interactions we have online,” Frechette said. “People might not want to read every article in a magazine but they like one writer and want to read all they write — Twitter, Facebook, and so on. Quarterly is another content platform that allows tangible interactions and a specific and intimate connection with an individual they’re interested in following.”

Quarterly offers a concrete experience of a contributor’s tastes and interests, but it also uses the digital world to deepen the subscriber’s experience. Contributors are selected partly on the basis of their existing online following, which will help publicize their Quarterly participation. Quarterly doesn’t do much of its own marketing and relies on contributors’ ability to inform their followers of the subscription opportunity.

Subscribers are also encouraged to share what Frechette calls the “magical, in-your-home, intimate unboxing experience” online via dedicated Twitter hashtags assigned to each shipment. The experience is “a bridge between the digital world and analog world,” Frechette said. Contributors who are already popular in social media “have the best packages and the best interactions with the subscribers that go along with their packages … [The shipment] isn’t isolated and by itself. It comes to life online and can be part of a larger community and conversation that’s happening.”

Traditional print magazines could consider some aspects of Quarterly’s model. “It makes sense for magazines to think about the best way to use the relationship they have with their subscribers and getting stuff into their homes,” Frechette said. “Magazines are this thing people love to have on their coffee tables, that they love to experience in this offline capacity, so rethinking the kind of stuff you send subscribers” might make sense.

Along somewhat similar lines, but with an emphasis on the creative design of objects, CONTAINER offers a selection of items created in response to a theme for each box. Just 200 copies of the first edition were published, and each costs £200 (about $300).

Tim Milne, founder of CONTAINER, is also the founder of Artomatic, a consulting firm and production service focused on communicating through physical objects. His expertise and curiosity about the future of printing and physical communication led to the creation of CONTAINER.

“My background is all in print. The original utility of printing was to transport information, but that’s become redundant with digital,” said Milne. “Its new utility is to tell stories through its physicality.

CONTAINER plays with the etymology of the word “magazine” in its title and content. As Milne notes, the word comes from Middle French and originally referred to a storehouse, often for military supplies. CONTAINER stretches the term in a new direction.

“It’s a bit contentious, primarily because the moment you say, ‘object-based magazine,’ people think of pictures in a perfect-bound book of photos of things from antique shops,” Milne said. “I vacillate between using it or not using it.”

Items from issue #1 of CONTAINER

Milne was inspired in part by a recent London exhibit of Aspen Magazine from the 1960s. Aspen also distributed diverse collections of writing and objects from artists and authors, including Andy Warhol, Robert Rauschenberg and John Lennon. Aspen, however, didn’t have the Internet to support its contributors’ work. And unlike a traditional magazine editor, Milne doesn’t offer a statement within the issue about the collected objects. There’s only a sheet of paper with the artists’ signatures in the box.

“The digital aspect of CONTAINER is very different from the physical aspect of it. Digitally, what we’re going to be doing is telling the whole back story about how the things were made, the factories, the supplies involved, an endless amount of detail you might want to know — but on the digital side, not in the issue itself,” Milne explained.

Like Quarterly, CONTAINER also celebrates the ability of things to tell stories. “Objects are powerful ways of telling stories. Modern communications has become all about pictures and words. We’ve abandoned or ignored the power of objects,” Milne said. Objects can be “tactile and emotive and talk to people in a much more sensory way” — especially because of their contrast to the ephemerality and intangibility of today’s digital communication.

Both Frechette and Milne point to the tangible nature of magazine-style communication as providing an enjoyable and substantial experience, even if printed text isn’t the primary focus.

“Most people in the printing industry or publishing are trying to ignore their physicality by printing on thinner paper, using faster machines, and making it cheaper, but they have to make it more physical,” Milne argues.