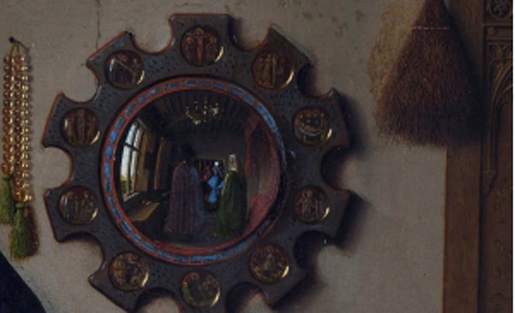 Last September, Gideon Lichfield wrote a post on a new phenomenology of news he wanted to try with Quartz. The thrust of it: No more beats — Quartz would have “obsessions” that it would cover…obsessively. The reason:

“Beats aren’t so much an objective taxonomy as a convenient management tool devised for an old technology…So instead of fixed beats, we structure our newsroom around an ever-evolving collection of phenomena — the patterns, trends and seismic shifts that are shaping the world our readers live in.” [emphasis added]

The really interesting “phenomena” are called “wicked problems“ which lack a single “beat” to define them. Global warming, the war on terror, gun control. These are wicked problems.

I want to pull the thread of a “phenomenology of news” from Circa’s perspective, where that last phrase, “shaping the world,” becomes important.

If the goal of the news is to make sense of the world — then we must “model” the shape of the world with our stories. I would argue many traditional tools and processes reflect the world, but don’t model it. What is this distinction, and how does Circa get there? It starts with this mantra: At Circa we don’t write articles, we create storylines.

A View of Journalism as Art History

If journalism can be understood as “a first draft of history,” then let’s posit words are a medium and articles a canvass upon which we paint scenes, people, events and more.

The goal of most journalism is realism. Like the artists of the Realism movement (sometimes called Naturalism), journalists try to reflect the world accurately. They don’t take an artistic license in depicting subjects.

We can imagine a kind of “Impressionist” journalism where writers try to capture a feeling, an ephemeral truth (Hunter S. Thompson). But whatever artistic camp(s) we imagine, the bottom line is about capturing a moment or a time frame that looks back. It is capturing how light bounces off the world. Artists depict this, true to form or with an interpretive truth. They capture it in paintings. The journalist captures it in articles.

Like all paintings, however, articles are flat with only the illusion of three dimensions. Subject to interpretation, but never alteration — paintings and most journalism are a process of seeing light and capturing it like a mirror. It is reflective. Even the “live-blog” with its Pollock-esque emotional truth, a flurry of words, eventually comes to a rest.

But the world doesn’t rest…The next day Mona Lisa stopped smiling. The day after every article, circumstances change. At Circa we want stories to model the shape of world. The world moves — and so must our storylines. Or as ReadWrite put it:

Evolving over time is a very important concept in today’s media landscape. As was clearly apparent during the frenzy surrounding the Boston bombings last month, breaking news begins breaking first on Twitter, with uploaded photos and 140-character snippets of what may or may not be verified facts that then ripple nearly everywhere. Circa’s approach is to take the tools and tactics used to tackle a story of that magnitude and complexity and apply it to all its stories. Because journalism no longer fits a defined model of measurable length and finality, the idea of an article is now a fluid concept in Circa’s eyes.

As stories shrink and grow depending on the amount of information available and both the platform and device a reader is using, Circa wants readers to be able to get the most important facts first, subscribe to what they’re interested in and be able to check back for the more later without reading old news. “I’d say that the nature of our stories is very different as opposed to finite pieces of information,” [Circa’s Matt] Galligan re-emphasizes.

Some things that were true about the Defense of Marriage Act (DOMA) in 1996 are no longer true. Former President Bill Clinton has come out against the bill he signed almost two decades ago. How did most news organizations react? They wrote new articles. They captured the newest reflection of truth probably with the historical context that Clinton originally signed the bills into law himself. But the old articles are left to waste, never capturing the truth that 16 years later Clinton denounced the bill. Anyone who was interested in the topic in 1996 is on their own to connect the dots. At best the connection made today is a link back to an article which is just a reflection of the world from 1996.

If Circa had a storyline about DOMA from 1996 it would have been dormant for some time, but activated again when Clinton came out against the legislation. We model a story by identifying the moments that push it forward and alerting “followers” about how it shapes the story.

But let’s be real, Clinton was just a sideshow to the wicked problem of same-sex marriage. He made his announcement because of another story — the Supreme Court hearing cases on Prop 8 and DOMA. In Circa one “point” in the story about Clinton and DOMA references the Supreme Court case and “links” to the evolving story about the SCOTUS court case and vice-versa. In this way, we capture both the dimension of time in each story (as described above between 1996 and today) but also the dimension of “space” and how different stories (DOMA/Clinton and Supreme Court hearings) are related to each other — constantly moving, impacting the other while shifting. The world is not flat and neither should stories be.

Back to a Phenomenology of News

Via Wikipedia: “In its most basic form, phenomenology attempts to create conditions for the objective study of topics usually regarded as subjective.”

There is a movement of data-based journalism. It is amazing. But the vast swath of topics tackled by journalists is not based on numbers or discrete data. They are anchored to the social sphere. They involve subjects and subjectivity and as noted above, we have mastered the art of photo-realism in our articles, but our articles lack intentionality. They are merely there to reflect the truth of a moment. It is as if they exist to occupy space on a page rather than to model the world as it unfolds.

An article’s intention is to be a reflection. A new, perhaps more meaningful intentionality would be journalism (understood as the rough draft of history) that evolves with the story — to model the movements and its relationship to other stories. As that “story” changes, so too should the artifact used to model it. The intentional story of journalism can be “small,” like the 2013 NCAA championships. It can have an obvious start and a presumed end (stories can go dormant), but they are never “dead.” Even Margaret Thatcher’s obituary was updated during the memorial services.

And sometimes the intentional story of journalism can be…a wicked problem.

No Story Is An Island

Wicked problems are tough because they represent where many stories collide. They are a collection of stories. (See Clinton and SCOTUS above). One cannot understand the story of gun control in America without knowing about the Newtown Creek or Aurora Theater shootings. One must understand the NRA and its relationship to these debates — the legislation that is being written at the state level as well as the federal level. All of these stories are unique and evolving — but they are connected. (The connections in Circa stories can only be seen in the app for now. But hey — it’s free!) Like a statue you can walk around and observe wicked problems from multiple angles. The more “angles” of a wicked problem we can provide — the greater potential we have of achieving a kind of “Contrapposto“ visual effect.

Some, most notably Jeff Jarvis, have begun referring to Circa as “object oriented journalism.” I rather like this analogy because it plays off “model” and modeling the world in another way: Model/View/Controller.

At Circa, we are creating a database of facts, quotes, stats, events and images. We thread these together to tell an intentional storyline (a model). The view of that model changes based on editorial decisions about which points (from the database) are relevant at that time. Our “controller” mediates the relationship between various stories to each other (whether stories are linked together and at what point we make that association). Indeed — whenever we update stories I tell the team to “refactor,” which is literally a programming term, but is not a stretch to explain the editorial process we go through in order to keep stories relevant, up to date and clean.

Where Does All This Take Us?

Our charge as an organization is to provide meaningful information to the public — the same as traditional publications, but to question traditional processes and means of organizing the content. Indeed, our roots from the Moby Dick project are to question the phenomenology of the article itself. The method described above is something we are constantly refining. But I think it’s important to put it in a historical context, and that’s why Gideon’s piece for Quartz was such a breath of fresh air. It posited throwing away so much of journalism’s inheritance.

When you take nothing for granted, be it beats or articles, everything is up for grabs.