The Crowd and the Mob: Opportunities, Cautions for Constant Video Surveillance 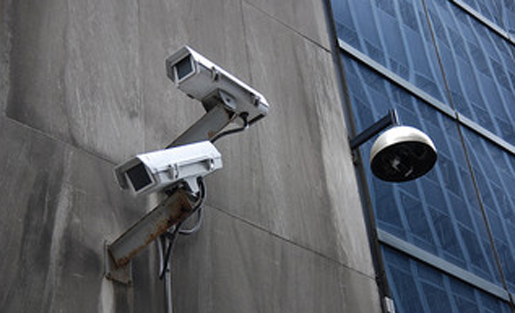 Recent events in Boston highlight both the potential and hazards of ever-present cameras. In the hours following the April 15 bombing, law enforcement agencies called upon commercial businesses and the public to submit relevant footage from surveillance cameras and mobile devices. While the tsunami of crowdsourced data threatened to overwhelm servers and analysts, it provided clues that ultimately led to identifying the perpetrators. It also led to false identifications and harassment of innocent bystanders.

Use of surveillance video to solve large-scale crimes first came to attention in the 2005 London subway bombings. In part due to its history of violent attacks by the IRA, London had invested heavily in closed-circuit television (CCTV) technology and had installed nearly 6,000 cameras in the underground system. In the days before smartphones, these publicly installed cameras were the most reliable source of video evidence, and law enforcement was able to identify the bombers using this footage.

With the advent of low-cost cameras and video recorders in smartphones, witnesses to events soon had a powerful tool to contribute to the law enforcement toolbox. Couple this technical capacity with the proliferation of social-networking platforms and the possibilities for rapid identification — as well as the spread of misinformation — become clear.

Vancouver police were overwhelmed with evidence from social media after the Stanley Cup riot in June 2011. This instance also highlighted the need for two things: stronger means of verification, since a number of photos were retouched or falsified, and protections against vigilantism or harassment of unofficial suspects.

Several projects currently in development address the need for a reliable system to authenticate digital images. In addition to a growing number of commercial companies specializing in audio and video forensic analysis, academic and non-profit labs are developing tools for this purpose. Informacam, a project of WITNESS and The Guardian Project, will strengthen metadata standards, and the Rashomon Project at UC Berkeley will aggregate and synchronize multiple videos of a given event. (Disclosure: The Rashomon Project is a project of the CITRIS Data and Democracy Initiative, which I direct.) These tactics, among others, will bolster the use of video evidence for criminal investigations and prosecutions.

Despite the clear advantages of drawing on crowdsourced footage for solving crimes, civil liberties groups and privacy advocates have warned about the dangers of perpetual surveillance. We saw in the Boston case the liability inherent in the ease and speed of circulating false claims and images. The New York Post published a front-page photo of two young men mistakenly identified as suspects, and the family of another young man, who had been missing for several weeks, was tormented by media seeking stories about the misplaced suspicion fueled by Reddit, an online social media aggregator.

In addition to facilitating the “wisdom of crowds,” technology grows more sophisticated for automated surveillance, including face recognition and gait analysis. In the last decade, many cities have accelerated implementation of surveillance systems, capitalizing on advances in computer technology and funds available from the Department of Homeland Security and other public sources. Yet whether considering fixed cameras or citizen footage, the effectiveness of surveillance for crime prevention is mixed. A 2009 CITRIS study shows San Francisco’s installation of cameras in high-risk neighborhoods led to decreases in property crime but had apparently little effect on violent crime. If anything, perpetrators learned to evade the cameras, and crimes were displaced into neighboring areas or private spaces.

In open societies, technological advances should spark new discussions about ethics and protocol for their implementation. Communities, both online and in-person, have an opportunity to debate the benefits and costs of video evidence in the context of social-networking platforms. While their enthusiasm must be tempered by regard for due process, armchair investigators should be encouraged to work in partnership with public agencies charged with ensuring public safety.

Camille Crittenden is Deputy Director of CITRIS, based at UC Berkeley, where she also directs the Data and Democracy Initiative. Prior to this appointment, she served as Executive Director of the Human Rights Center at Berkeley Law, where she was responsible for overall administration of the Center, including fundraising, communications, and outreach, and developed its program in human rights, technology, and new media. She held previous positions as Assistant Dean for Development in the division of International and Area Studies at UC Berkeley and in development and public relations at University of California Press and San Francisco Opera. She holds a Ph.D. from Duke University.