We Need a ‘Truth’ Campaign for Digital Literacy and Data Tracking 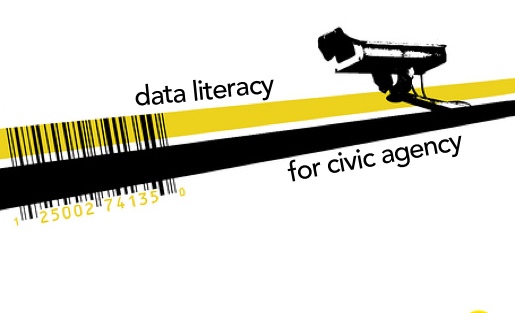 For the most part, people have no idea the extent to which they are being followed and watched, analyzed and targeted, bought and sold. Surveillance camera picture modified from original image by "KAM workshops":http://www.flickr.com/people/hospi-table/ on Flickr. Used here with Creative Commons license.

Earlier this year, Bill Diggins, a marketing executive at Verizon Wireless, revealed a chilling fact about how much information the company collects about its customers. “We’re able to view just everything that they do,” he told a crowd at the Paley Center in New York. “And that’s really where data is going today. Data is the new oil.”

We know that companies are collecting enormous amounts of data about us every day, on and offline. Retailers track our purchases and make detailed predictions about our life events. Cell phone companies regularly hand over detailed phone logs to government agencies. Social networks collect volumes of data from every click. Political campaigns follow our web browsing. And, on top of that, we have seen a dramatic increase in government surveillance in the United States over the last decade.

Big data is a double-edged sword, with huge potential and equally enormous pitfalls for everything from health care to home loans, education to the economy."

For the most part, people have no idea the extent to which they are being followed and watched, analyzed and targeted, bought and sold. Now, more than ever, we need a national digital and data literacy effort on the scale of the anti-Big Tobacco ADVERTISEMENT

In an important post called “Big Data is our generation’s civil rights issue, and we don’t know it,” Alistair Croll argues, “Data doesn’t invade people’s lives. Lack of control over how it’s used does.”

In the post, he looks at the ways that our personal data can be used against us. Data predictions are already being used to guess people’s age, gender and race. It isn’t hard to imagine how this data could lead to discrimination in pricing, loans, and more. The threat of digital redlining is very real.

He concludes, “Governments need to balance reliance on data with checks and balances about how this reliance erodes privacy and creates civil and moral issues we haven’t thought through.”

Most of the debate over personal data has centered on Do Not Track, which is in part a technological fix and in part a policy fix. While important, Do Not Track only tackles part of the problem and wouldn’t address information you provide on social networks (like the kinds of data that contributed to this heart-wrenching story) or the data your credit card, cell phone and other companies collect about you.

While I think legislation will be both inevitable and necessary, it will be a long time coming. Changes in technology are developing faster than social and cultural norms can adapt. What’s needed right away is a massive digital literacy effort that can fundamentally shift people’s understanding and relationship with their personal data.

Digital literacy isn’t just about how to use a computer securely or how to tweak your Facebook privacy settings. It is fundamentally about how we communicate online and move through the world. In her white paper on digital literacy for the Knight Foundation, Renee Hobbs wrote that there is a growing recognition that “we must work to promote people’s capacity to simultaneously empower and protect themselves and their families as everyday lives become more saturated and enmeshed with information.”

Big data is a double-edged sword, with huge potential and equally enormous pitfalls for everything from health care to home loans, education to the economy. Whether this data is used for us or against us largely turns on how we control what data we share and how it’s used. At its core, this is a problem of attention and awareness.

You have likely seen the bold, inventive tactics and advertisements from the “truth” campaign, which works to educate people about the heath risks of smoking and the tobacco industry’s long history of misleading and manipulative effort to sell cigarettes. They have employed a range of clever, aggressive, guerilla marketing efforts to raise awareness about smoking.

Perhaps most interesting is that the truth campaign got its start through funding from Big Tobacco itself. When the cigarette industry settled a landmark lawsuit being brought by 46 states a small portion of that settlement was set aside to start The American Legacy Foundation, the parent organization of the truth effort.

As more and more companies get rich on our data, why not ask them to fund a new national media and digital literacy campaign? This could be achieved through a new tax on those companies that collect and dissect personal data. However, I think companies actually have a pretty strong incentive to participate without legislation.

Voluntary donations to start a digital literacy campaign could be much less costly than legal fees or lobbyist bills to fight back the kind of lawsuits and legislation we are starting to see emerge. In addition, helping set up such an effort could help build trust with users, and head off misinformation about their services that currently spread like wildfire. If done right, the campaign could also increase broadband adoption, which would benefit these companies.

In its National Broadband Plan for America the Federal Communications Commission actually calls for the launch of a national digital literacy corps to “organize and train youth and adults to teach digital literacy skills.” At the time, the FCC believed it was critical that America “ensure every American has the opportunity to become digitally literate.” Given the priority the FCC has placed on digital literacy, such a campaign could be developed as a unique public/private partnership that matches contributions from companies with funding from the government and foundations.

We don’t need to start from scratch. There is already a sizable network of people and organizations working on media literacy. Between non-profit groups, schools and social networks themselves, we have a powerful infrastructure for conducting this kind of campaign. With the right funding, a dose of strategic communications, clever campaign tactics, and more coordination, we could make digital and data literacy a critical part of the conversation about media and technology in America.

A massive, broad-based digital literacy effort could have huge benefits for our nation. Beyond helping people better control how they share their data, it could encourage more people to use new digital tools to become active media makers and smarter media consumers. It could help people debate and better understand our fundamental freedoms in a digital age. And a more digital savvy workforce will help protect against the cyber-attacks on government and industry that are escalating every year.

However, perhaps most importantly, we need a digital literate citizenry. More and more of the daily details of democracy are moving online, from registering to vote on Facebook to watching a livestream of the school board meeting. If information is the lifeblood of democracy, we have to ensure that citizens understand how to foster more healthy media habits. And if data is the new oil, citizens need the knowledge, tools and agency to control how their lives are being mined.

Image of spy on ceiling by topgold on Flickr and used here with Creative Commons license.