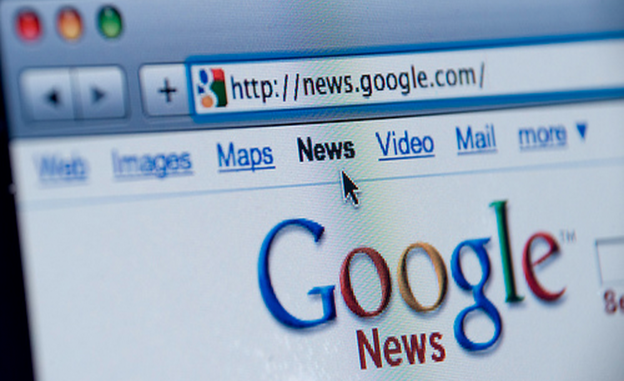 Embracing disruption? Rethinking everything? These are frightening demands in the world of higher education, usually hesitant to change. But for journalism educators, facing those fears is now a necessary part of their work.

Before the audience he called the “most important” that he could address about the future of journalism, Richard Gingras, head of news products at Google, conveyed this message in his keynote talk Wednesday night to the Association for Education in Journalism and Mass Communication (AEJMC), gathered for its annual conference in Chicago.

While some of Gingras’ points have come up in other recent talks elsewhere, he discussed at AEJMC in more detail what his vision for the future of journalism would mean for those charged with training the next generation of journalists. And, just as Google has dramatically changed the way we access information, so too would the vision Gingras described radically alter the ways journalism educators teach and inspire their students.

Embrace the Change (or Someone Else Will)

To make the task feel even more daunting, Gingras first reminded the audience that the process of change in journalism will never end.

“There’s this sense sometimes that we’re in the midst of a transformation from one point of stasis to a new point of stasis,” he said. But in fact, change is simply continuous, and, Gingras said, the pace will only quicken.

“In my view, the future of journalism can and will be better than in its past,” Gingras said, because of what new technology has made possible. He urged journalism educators not to romanticize the industry’s past, but instead to help create a future in which the free exchange of information will, in his view, be even greater.

“Would anyone really want to flip back the clock on that change, when we look at this from core democratic principles? I don’t think so,” Gingras said.

Even the standard ethical policies of journalism might require a re-evaluation, Gingras suggested. The core principles underlying those policies should remain the same, he said, but he hinted that their implementation might change to accommodate new media forms that engage audiences in different ways — though he didn’t give concrete examples. If journalism educators don’t take the lead in shaping those changes through their curricula and students, others will.

“We owe it to the importance of our journalistic mission to consider and reconsider all options, all opportunities for positive change. Frankly, that rethinking, and that re-creation, will happen whether we want it to or not. The question is whether we do it ourselves. It will happen because young innovators and entrepreneurs will approach these opportunities with no baggage, with no old models to protect. Their canvas will be very fresh and very clean,” Gingras said.

That pattern that has happened in every major media disruption, he said, and the once-dominant players are replaced. “Rethink everything. That’s what must happen. That’s what will happen,” Gingras said.

Gingras urged journalism instructors to reconsider the ways journalism students are taught about the construction and sharing of information — from the relationship of the “social layer” to news, to the design of news websites, to story forms, to novel uses of computing for journalism.

“I don’t think it’s out of the question to foresee a news organization that lives only in the social layer,” Gingras said. “I’m not saying it’s desirable or wise … [but] things are changing that dramatically.”

Though it’s difficult to imagine what such an organization might look like, Gingras also had recommendations for existing news websites. He argued that designers of news sites spend far too much time designing home pages and too little on designing story pages — where valuable content truly lies — and on reimagining the larger structure of their sites.

“How do we approach content architecture in an editionless medium with a near-limitless capacity for storage and accessibility?” Gingras asked. Despite a bounty of archived content and rich multimedia that can be shared with little restriction on server space or bandwidth, the structure of news presentation has not evolved, he said. “The architecture of news content has barely changed, particularly as practiced by traditional media outlets. … It continues to mirror the edition-oriented nature of the prior media form … streams of articles that appear one day and drop into the archive the next.”

Moreover, the stories presented on those sites no longer need always to be constructed in their traditional narrative forms — meaning that educators might retain, but also move beyond, teaching the inverted pyramid and other familiar formats. With “news” today appearing to audiences in a variety of styles, the standard long-form narrative may actually be a barrier to knowledge for today’s audiences. If journalism’s goal is to provide knowledge to the public, its presentation must change to accommodate the audience — or others will provide it in more appealing forms.

“[We are] in a culture dominated by updates, bullet points and posts, read increasingly on phones and tablets,” Gingras said. “I don’t think any of us has fully grasped the revolution in hardware going on here.”

Social media might alleviate that issue to some degree, Gingras suggested, citing ProPublica as an example. ProPublica’s numerous social media posts about their in-depth work both publicize their full stories and effectively share tidbits of information from the stories, he said. Readers then can learn something valuable just by seeing those posts, even if they never read the full story.

And though journalism students will still need investigative and data analysis skills, their work can be supplemented in future by “persistent, automated investigative reports” created by computers, Gingras said, that will go far beyond today’s early efforts.

“How can we take better and full advantage of computational journalism? … It has a great impact not only on the media form, not only on journalism … but also how we teach people about how to do journalism,” he said. “A huge technological impact is the opportunity to use computer science to assist with reporting, to parse data sets, to monitor public sources of data.”

Finally, every journalism student should be prepared to be part of this innovation and to be part of big changes. Gingras said that when organizations change, “Everyone says, ‘Yeah, that’s great,’ until you get to their role, their job, what you ask them to do, and then it’s hard.” A willingness to innovate, he said, needs to be suffused “every corner” of journalism organizations, not assigned to one “Chief Innovation Officer.”

Being innovative, Gingras suggested, goes beyond some of the “innovations” we have already seen in journalism: “Innovation is not just about the sexy new user interface. It’s not just about what we do. It’s also about how we do it.”

He called for better integration of computer science and journalism programs so students can better imagine what’s truly possible. “Can we give journalism students enough of an understanding of content architecture and product design to think creatively about [those]?” he asked.

Gingras implied (later, in the Q&A session) that teaching students to design apps as we know them also isn’t enough to revolutionize the field. He implied that the apps try too hard to “recreate the past” in both style and business model, and instead need to look forward to new possibilities.

“Many organizations’ focus on content apps and tablets is wrong. It’s a fatal distraction … ‘Buy one of our tablets and it comes with a bunch of magazines on it.’ To me, they’re hideous. It doesn’t work to say, ‘We want those big full-page ads people have to flip through.’ Give me a break. It’s gone. That’s not how younger generations are interacting and consuming content,” he said. “If we look to the past in an effort to recreate it with new technology, that’s wrong. Look to [the past] for its lessons.”

Many journalism faculty worry that teaching specific programming languages or design skills might have limited long-term value to students because of the rapid pace of change in technology. Gingras suggested that simply having the experience with these tools is valuable, even when the inevitable change comes.

“I heard a journalism professor bemoan having taught Flash to students because Flash was dying. Really?” he said. “Every one of those students learned valuable and transferrable skills … Every one of those people who learned Flash will learn the next thing. They’re ready for HTML5. They wouldn’t have been without it.”

Of course, working within one journalism organization for many years is unlikely in today’s industry, so innovation has to occur even within one’s own career. To cope with that reality, Gingras said that educators must also “enable in students a sense of personal entrepreneurship, not necessarily to build companies, but to build and evolve their own careers,” as well as “a mindset that is confident and ultimately comfortable in taking creative risks.”

Gingras’ audience of journalism educators will also have to take risks in their teaching and advising to help students achieve the skill set and perspective Gingras recommends – and, perhaps, to bring about a “renaissance” in the field.

“The success of journalism’s future … can only be assured to the extent that each and every person in this room and beyond helps generate the excitement, the passion, and the creativity to make it so,” he said.