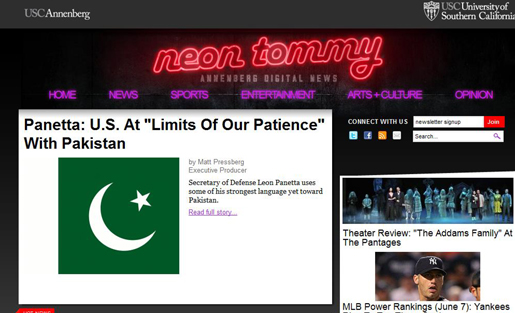 Quietly, and not so quietly, journalism schools around the country are starting to give their students new news opportunities. More than beefing up course catalogs with multimedia and convergence offerings, the schools are becoming incubators for entrepreneurial news startups — news websites that are populated with student content.

The degree to which student production of news stories for these startups is fully integrated in the curricula is still a nut that needs to be cracked. But there is no question that students involved in these initiatives are learning not only how to produce stories on a faster turnaround than most classroom assignments, they are also getting firsthand experience in how to operate a news business.

Schools are becoming incubators for entrepreneurial news startups -- news websites that are populated with student content."

The models vary widely as shared by group of some three dozen editors and founders of university news sites that J-Lab convened on June 1 and 2 in Washington, D.C.

J-Lab has funded some 24 university news sites since 2005.

They range from Temple University’s required capstone that has some 180 students covering 30 neighborhoods over the course of an academic year for its PhiladelphiaNeighborhoods.com, to UC Berkeley’s program that divvies up its journalism grad students among its three hyperlocal websites (Mission Local, Richmond Confidential and Oakland North) as part of their clinical work.

Some sites are 24/7 operations covering national and metro news, such as USC-Annenberg’s NeonTommy.com, which attracts some 270,000 unique visitors a month.

Others, such as the New England Center for Investigative Reporting (NECIR) and WisconsinWatch.org, are separate university affiliates located in academic offices and employing or assigning students but are primarily producing stories for mainstream media outlets.

The degree to which the universities support these offspring also varies widely. Neon Tommy benefits from $150,000 and more in direct support. Boston University antes up $60,000 a year for NECIR. But other news sites hobble along on budgets of $5,000 to $20,000 a year — or less.

Most of the sites, however, face similar challenges:

“We’re thinking about this more as service learning. They are a required component of being a college student,” said Carola Weil, USC-Annenberg’s director of International and Strategic Partnerships who attended the workshop. “These programs are part of the experiential learning.”

Indeed, MadisonCommons.org at the University of Wisconsin-Madison recently got some funding via a service learning grant to integrate the news website into the journalism curriculum, said its founder, Lew Friedland.

The university sites can post as few as three stories a week to as much as 40 pieces of content a day. Nearly all find getting citizen contributors to supplement student content difficult to sustain.

Every month, Berkeley’s MissionLocal.org posts about 100 feature articles and videos produced in-house and 200 photos taken from around San Francisco’s Mission District, said current editor Helene Goupil. The site was launched more than three years ago “to give the grad students some place to publish,” she said. “But it stopped being a class right away and felt like being a startup.”

While 14 to 18 grad students produce content during the school year, that falls to only three students over the summer.

Still, the site attracts about 100,000 unique visitors per months. It translates content into Spanish and publishes monthly print editions. Its $350,000 operating budget includes two faculty members who work for the site.

USC Annenberg’s edgy NeonTommy.com can post 25 to 40 pieces of content on a “good” day, said editor Marc Cooper. It has a core staff of 30 people; 20 are editors.

“I was frustrated that the school had no outlet for print,” Cooper said. However, he quickly realized that the classes would not produce enough content for the site. So, this year he met with some 95 students from all over the university who wanted to work on the site and matched their interests with Neon Tommy opportunities. “Our default answer is ‘yes,’” he said.

Still, he and others say it’s not easy to keep up the publishing momentum over the summer. “School breaks are — how do you say disastrous,” said Gersch Kuntzman, editor for The Local – Fort Greene-Clinton Hill, a publication of CUNY that is affiliated with the New York Times. CUNY also houses NYCityNewsService.com and VoicesofNY.org.

Willa Seidenberg, who runs Intersections: South LA, one of USC-Annenberg’s three hyperlocal sites, finds it “baffling” that students can’t find story ideas. So she distributes a weekly email to students with story ideas and invites them to sign up. The stories post on the sites, and the students can use them for class.

With competition for support, Intersections, which covers a diverse and poor community abutting the university, may soon be wrapped into a Community News Program, although Seidenberg is working to keep it going. “Students are really the beneficially of the site,” she said. “It’s changed the culture of the school and increased the amount of reporting done in South L.A.”

AustinTalks.org, a website run out of Columbia College-Chicago, has also made major inroads in one of the city’s poorest neighborhoods. It partners with a local weekly, and a neighborhood volunteer has offered to jazz up the website. Now, other city neighborhoods are asking whether they can get a “Talks” site, too. “There is definite interest in doing this for other neighborhoods,” said site founder Suzanne McBride, who also helped launch the schools’ ChicagoTalks.org news site.

Next to Berkeley, Temple has done the best job of integrating the Philadelphia Neighborhoods website into its journalism curriculum. All journalism students must report for the site as a capstone course. Two full-time faculty and three adjuncts help run the operation. The site won nearly 30 state, regional and national journalism awards over past two years, co-director Chris Harper told the workshop.

BU’s New England Center for Investigative Reporting has probably developed the most sustainable model, so far. The university contributes about $68,000 in cash, which includes some salary and travel support and postage. BU also contributes space and equipment.

Co-director Maggie Mulvihill said NECIR believes its content is good enough it deserves to be sold to news outlets throughout New England. Content sales this year will be about $60,000, with stories appearing in the Boston Globe and on WBUR radio. NECIR has produced 32 major stories since it launched in 2009. It now has two full-time co-directors, three to four freelancers, three to five college interns, and the same number of high-school interns per semester.

Training is another significant contributor to the center’s $530,000 operating budget. NECIR will bring in about $180,000 this year from training professional journalists and high school students in workshops on investigative journalism.

Few of the university news sites get full rides from their institutions. Temple offsets the costs of its program by assessing students a tech fee. It also charges some of its mainstream media partners $2,000 a year to run Philadelphia Neighborhood stories.

The Medill News Services charges clients about $900 a semester for stories from two “beat” areas of coverage. Arizona State’s Cronkite News Service doesn’t charge at all. While the University of Maryland’s Capital News Service charges client news outlets a few hundred dollars a semester, which it divvies up among the students to reimburse for gas money.

CU-CitizenAccess.org at the University of Illinois-Champaign/Urbana works off university funding plus money from the local community foundation. GreatLakesEcho.org at Michigan State has found environmental and other funders willing to support its work.

Madison Commons supplements grants with a small amount from the university and $5,000 a year from such partners as WISC-TV, which co-publishes all its work. But founder Lew Friedland next wants to set up a MadCom agency to involve students in fee-based social media consulting work for local organizations.

Meanwhile, AustinTalks’ McBride dreams of a “Bob Newhart” model of funding — that is, getting a wealthy native of the Austin neighborhood to ante up some support.

Noted by nearly all the workshop participants were the tensions between the startups and faculty members who want to teach traditional journalism courses. Some faculty question, point blank, why students need to publish, said several participants.

Students seem to benefit significantly from working on the news startups.

Only a handful of USC students will be investigative or general assignment reporters; “most will get a web job,” said Neon Tommy’s Cooper. “Our goal is to give our students maximum experience in the world of publishing.”

Mulvihill said NECIR not only teaches BU students how to investigate and mine data, the university has also recruited incoming students from the high school workshops, placed graduates in good jobs, and gotten positive press from the center’s work.

The center is actually “a sales pitch for why to have one of these centers,” she said.