Student Photojournalists Arrested; What Are Their Rights? 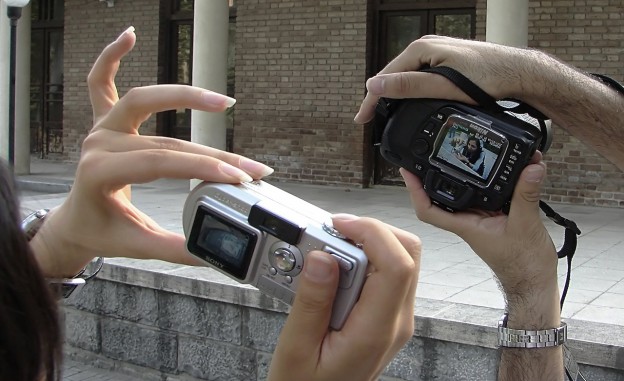 Student journalists are increasingly clashing with authorities on the ground as they cover the news. Image courtesy of Hamed Saber of Flickr.

As student journalists increasingly arm themselves with mobile phones for multimedia newsgathering in the field, more may find themselves on a collision course with local authorities unenthusiastic about having their actions captured in living color.

A reminder of that comes in the pending criminal trial of Pennsylvania photojournalism student Ian Van Kuyk, arrested earlier this spring while shooting a routine traffic stop. That case and others like it also spotlight how important is for journalism educators to make sure student journalists know their rights and how to stand up for them.

The Van Kuyk case is far from the only instance of arrest and alleged harassment of student photojournalists."

Van Kuyk, a Temple University film and media arts major fulfilling an assignment for his photojournalism course, was reportedly left bloody and bruised after being arrested mid-March while taking pictures of police at a routine traffic stop outside his home in Philadelphia. He was arraigned on criminal charges April 16 and faces trial June 13.

The case has drawn the attention of free speech advocates such as the American Civil Liberties Union (ACLU), according to the Student Press Law Center, or SPLC. The general counsel of the National Press Photographers Association wrote in protest to the Philadelphia police commissioner: “There is no excuse for your officers to intentionally disregard a citizen’s right to photograph an event occurring in a public place.”

And in a piece in Philly.com, Larry Atkins, a lawyer, journalism professor at Temple, and member of the First Amendment Committee of the American Society of Journalists and Authors, wrote that “while the public should be respectful of police and refrain from interfering with their work, officers must not harass citizens engaging in First Amendment-protected activity. The public has a right to photograph police activities in public spaces, and police officers must respect that right.”

But the Van Kuyk case is far from the only instance of arrest and alleged harassment of student photojournalists tracked by the SPLC, which says prosecutions of those who record law enforcement activity appear to be on the rise.

Occupy protests spark round of arrests

For instance, several student journalists covering Occupy Wall Street-related events were arrested last fall — among them two from colleges in Atlanta, and another from New York. They join the ranks of working journalists taken in during Occupy-related protests around the country (including Kristyna Wentz-Graff, a Milwaukee Journal Sentinel reporter whose arrest was recently written about extensively in Editor & Publisher).

Hunter College sophomore film student Genco Koprulu, shown surrounded by campus security while trying to take pictures on campus Feb. 24, 2011. According to a faculty adviser for the Hunter student news service The Word, the incident was part of a standard practice meant to discourage students from taking pictures on campus. The practice only ended after this image was posted on the college’s main listserv. (Credit: The Hunter Word)

Other examples abound. In late 2010, a California student photographer faced criminal charges after snapping photos of a car accident, and had police in his newsroom demanding the pictures be turned over. In fall 2009, two student photojournalists at the University of Pittsburgh were arrested, along with fellow students and other journalists at a G-20 protest. And in 2008, a Penn State student journalist was arrested and faced criminal charges after photographing a post-football victory riot at the school.

Sometimes, the confrontations are with campus police. In spring 2010, for instance, an Ohio State student photojournalist was detained by university police while covering the attempted roundup of two escaped cows.

More recently, students at Hunter College in New York have encountered harassment of student photographers by school security, according to a faculty adviser. After a photo of the harassment (see image) was posted, the problem stopped, the adviser added.

The right to record is clear, but not absolute

So what should journalism educators teach student photojournalists about shooting police activities? Bottom line: They have every right to do it — with some exceptions.

“Here’s what [students] (and even more, the police) need to know,” wrote Curt Chandler, a senior multimedia lecturer at Penn State University, who has had two student photographers arrested in the last five years and cited this passage from an ACLU briefing on photographers’ rights in a recent exchange on the Online News Association’s Educators Facebook group: “Taking photographs of things that are plainly visible from public spaces is a constitutional right — and that includes federal buildings, transportation facilities, and police and other government officials carrying out their duties.”

But there are limits, advised the SPLC. Students, for instance, need to beware of what may be considered interference with police operations. “[E]ven if there is a First Amendment right to photograph and videotape law enforcement officers, this right is not absolute,” warned SPLC. “Actions that constitute disorderly conduct, refusal to follow lawful police directives, harassment, stalking, trespassing, or other similar crimes may result in criminal prosecution.”

In addition, since many cameras record not just stills but also video and audio, student videographers may face different legal considerations around wiretapping laws — a number of states require consent by both parties to have their conversation recorded. Those laws may be changing, however, in the wake of a U.S. Court of Appeals ruling last summer that helped settle a Massachusetts cell phone videotaping case in favor of the videotaper.

But some educators believe it’s not enough to know the law. Student journalists must also be willing to assert the rights they have.

Steve Fox, multimedia journalism coordinator at UMass-Amherst, wrote on the ONA Educators group: “I don’t think that students don’t know their rights. They do. It’s more a state of mind that is lacking. Students seem unwilling to challenge authority, challenge the status quo, challenge the party line, afflict the comfortable.”

Added Fox: “More times than not, students faced with confrontation from authority figures become compliant — all while fully knowing what their journalistic rights are. It’s frustrating and a fundamental disconnect that I see with many young journalists of this generation.”

For more information on student free speech and photojournalism rights, visit the Student Press Law Center, which tracks freedom of speech cases involving student journalists, and offers extensive resources such as this legal guide for photojournalists recording police action, a student media guide to newsgathering, as well as practical tips for dealing with police when covering protests (PDF). (Hat tip: Andrew Lih of USC and Frank LoMonte of SPLC.)