With Rise of Streaming Services, Music Biz Pushes for Metrics 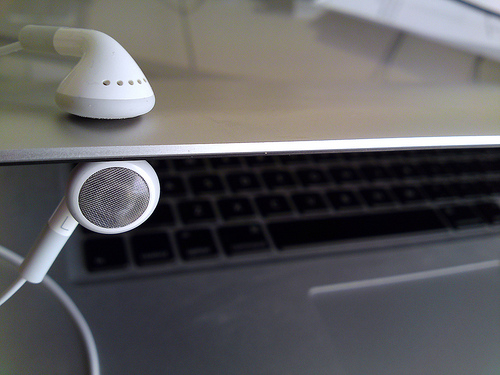 Photo by "bburky on Flickr":http://www.flickr.com/photos/bburky_/ and used here with Creative Commons license.
This is a space that is in its infancy; learning to use these tools now can provide significant advantages to those able to derive action items from the information."
Click to read all SXSW coverage
ADVERTISEMENT

As I noted in the my SXSW Music 2012 post last week, subscription services and engagement apps are quickly becoming core factors driving the music industry and the conversations surrounding them.

Services such as Spotify and Rdio are responsible for an increasing percentage of music consumption. And apps, such as Turntable.fm that are focused on engaging fans over simply messaging them, are making major changes in how listeners connect with music.

With the rise of truly interactive music experiences such as these, there is an abundance of data describing everything from streaming song counts to conversation rates of direct-to-fan marketing channels. The challenge is aggregating and understanding this data, and much of the discussion at SXSW 2012 was on how to do this.

A New Kind of Chart

Billboard, Nielsen, and NARM’s Digitalmusic.org have taken a step to aggregate and report streaming data with the launch of their On-Demand Songs Chart last week. This chart measures on-demand play from a long list of streaming services including Spotify, Slacker, Rdio, MOG and Muve Music, with more data sources to be added in the coming weeks. Billboard reports that in the first 70 days of 2012, Nielsen has captured more than 4.5 billion audio streams, giving artists, managers, labels and others in the industry a detailed look into streaming consumption behavior.

Quantifying and publishing this data is important. As the music industry works to convince both consumers and itself of the value of streaming services, one of the most effective tools in the debate is metrics. The worth of streaming is an active topic with content owners that are uncertain if these services are cannibalizing their other sources of revenue.

There’s still a lot of work to be done before consumers adopt access over ownership, but by publishing charts showing levels and rankings of consumption, the process moves one big step forward.

In addition to simply monitoring data, there is a need for analysis and comparison of this information. Almost everything in the digital space can be tracked and quantified; this presents opportunities to turn data into intelligence if one knows where to look. It’s become so easy to monitor digital activities that if one isn’t paying attention, they’re often missing out on simple ways to optimize their marketing, sales and promotion campaigns.

Sample chart from the nextbigsound.com

A number of music-specific analytics platforms have emerged in the past few years, including Next Big Sound, (see example below) Buzzdeck and Rockdex. Although similar in what they monitor, each tool is differentiated in how they turn this data into actionable intelligence.

There are also monitoring tools that aren’t music-specific, but are relevant, such as Radian6 and Rapleaf. These focus on bigger-picture data such as sentiment analysis and demographics.

Now that the data set these platforms monitor is somewhat standardized (social media interactions, web traffic, sales, radio play, etc.) the real challenge is programatically providing action items and next steps. It is somewhat helpful to see correlations between market drivers, but this is often common sense. The high-value output from these services is helping answer questions, surfacing trends that aren’t obvious, and providing specific actions that marketers and sales teams can use to optimize their efforts.

As more and more data becomes available, the tools to track, monitor and analyze will continue to evolve. This is a space that’s in its infancy; learning to use these tools now can provide significant advantages to those able to derive action items from the information.

For decades, the music industry made decisions based on assumptions and gut feelings. There were few tools to quantify the value of a billboard or the effectiveness of a magazine advertisement. The new wave of metrics and analysis will give the industry a deeper understanding of the results of their efforts, allowing them to create better experiences for the artists and fans they serve.