Journalists Should Learn Best Practices for Fair Use in Digital Age 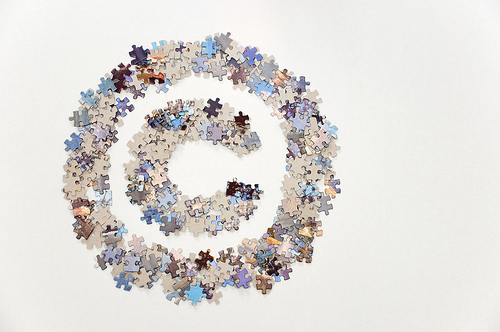 As we listened to the 80 journalists we interviewed over the last year for a study, Copyright, Free Speech, and the Public’s Right to Know: How Journalists Think about Fair Use, we got a clear message: hard-working journalists are often confronted with copyright questions that threaten to keep them from doing their jobs well.

The journalistic mission is in peril, because of lack of clarity around copyright and fair use."

Caitlin works for a national chain of hyper-local blog sites. She got some nice video at a high school sports event, where songs teenagers love were blasting over the loudspeaker at intermission. Can she post that video to the website? Does she have to clear the rights? Is she running the risk of a takedown notice? And, um … how long does it take someone who does get a takedown notice to get fired?

Deepak did a great job on a radio review of the latest blockbuster movie, and in it he patched in some audio from one of the director’s previous works, as a comparison and reference. He’s not worried about it for radio, because the company has a blanket licensing agreement. But the company won’t put his work up on their regular podcast, because the agreement doesn’t cover podcasts. He’s peeved; that means his work is hard to find for everyone who wasn’t tuned in at 4:17 p.m. last Thursday.

Frank is a veteran editor, who’s been through every journalistic war, and he can’t even remember thinking about whether he needed anyone’s permission to quote anything he wanted the public to know. Copyright? We don’t need no stinking copyright. We have the First Amendment! Now, he’s in charge of the web-based local news service for his newspaper, and he carries those values over to the digital world. Except for photos, of course. “Everyone knows” you have to get permission for all use of images.

The study, conducted through the Center for Social Media (CSM) at American University and funded by the McCormick Foundation, investigated how journalists do their jobs when copyright questions come up.

Led by legal scholar Peter Jaszi of the Washington College of Law at American University and me, with research assistance from Center fellow and graduate student Jan Boyles, the study found that the journalistic mission is in peril, because of lack of clarity around copyright and fair use.

Fair use key to journalism

Fair use is one of the key tools of journalism. This is the right to access copyrighted material without permission or payment, when the user isn’t just using the material for its original purpose but adding cultural value in some way and using the amount necessary to add that cultural value. Fair use makes nightly news broadcasts — and “The Colbert Report” as well — possible. It makes quoting from think tank reports and annual reports in investigative reports legal. It enables commentary and criticism.

But fair use is poorly misunderstood and poorly used in journalism today.

We found, first, that journalists receive little or no instruction — either in school or in practice — about copyright and fair use. What they get is often wrong. And when they surf the web for answers, they are far more likely to get misinformation than assistance.
Worse, journalists often believe that fair use is their enemy, because it permits limited quotation. Both they and news executives often blame fair use for traditional journalism’s business crisis. This error puts them in even greater danger of giving up a fundamental right for journalism’s mission.

We’ve always done it this way

Second, we found that journalists often benefit from newsroom custom that heavily favors fair use. This is a legacy of an era when in major media companies, general counsels and executives established standards and practices that favored use of this copyright doctrine.
So in traditional newsroom settings and for traditional platforms such as print and broadcast journalism, fair use is thriving — in the dark.

Most journalists don’t even know they’re using fair use when they conform to standard newsroom practices, such as liberally quoting from documents, using audio and video on air to illustrate and support their broadcast news announcements, and freely using the comments of their interviewees. (Yes, weird as it truly is, interviewees really are the copyright holders of their words even when transcribed by others. And no, I didn’t know that either, until we did this study.)

What about a Twitpic?

But outside the comfort of custom, when making journalistic choices that bump up against copyright, journalists are on their own, and often puzzled. Is a Twitpic fair game? When is it OK to publish a photo without clearing it? What do I do about incidentally sweeping up copyrighted material along with my video?

When they have to guess, journalists often resort to myths and misconceptions.

The cost of confusion

When they don’t know and need to ask, journalists sometimes put a story on hold until they can check with a company lawyer — if they have one — or another editor. Delays deform journalistic mission.

Or they find someone who will license material to them, often incurring needless costs.
Sometimes they take unnecessary risks, not even knowing they are because of the myths and misconceptions they’ve inherited.

The worst and most dangerous consequence of not knowing their rights is that sometimes journalists self-censor. They don’t make material available to the public. They may even decide not even to undertake some projects that could get bogged down in head-scratching copyright questions.

The past of journalism isn’t threatened much by fair use confusion. Yesterday’s executives and lawyers made the newsroom a safe haven for fair use.

But the future of journalism — where many independent and citizen journalists lack institutional support, where everyone works in audio and video, where aggregation and personalization offer creative and exciting possibilities for journalists — is at risk.

The study brought to the surface stories of journalists working in good faith and in frustrating circumstances. And, it solidified the need for journalists to establish a set of principles that articulate the relationship between fair use and the mission of journalism.

Other communities of practice, such as teachers, scholars, librarians and documentary filmmakers, have done this to powerful effect. They have created codes of best practices in fair use, which have expressed their interpretation of fair use for specific types of situations that are most common in their professions. Their professions have improved, without threatening the owners of copyrighted material (which in some cases are themselves!).

Journalists can and should do the same.