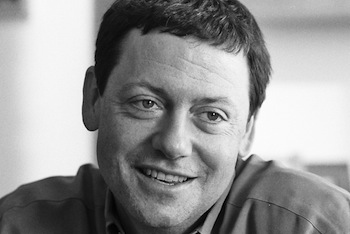 Venture capitalist Fred Wilson told students that, while a degree can be helpful, much of what they need to learn is taught outside of their school.

"Be technical, get technical, or find people you can be business partners with who are." -Fred Wilson

Venture capitalist Fred Wilson was talking to a class of master’s degree students last week, telling them their education wasn’t necessary if they wanted to be successful entrepreneurs.

Wilson was speaking to an e-Business class at the Zicklin School of Business at Baruch College, part of the City University of New York, but he could have been speaking at any institution of higher learning.

Journalism programs are increasingly delving into business and entrepreneurship, a topic I explored twice a few months ago. They’re teaching skills such as basic finance, how to craft business plans, and the workings of advertising in digital media.

But Wilson asserted that the skills given in formal institutions may not be the tickets to success in his world, one in which he has a powerful vantage point. Wilson’s Union Square Ventures has been instrumental in helping New York become a center of digital innovation behind Silicon Valley, investing in industry leaders such as Twitter, Disqus, Delicious, Zynga and Meetup.com.

Here are a few of his recommendations.

Wilson said a key element people who want to launch a successful digital business need to learn is how to code software. They should consider the Ruby on Rails framework, perhaps Javascript and PHP, or a database program like MySql or Mongo.

“Be technical, get technical, or find people you can be business partners with who are. Even if you are not going to do these things by yourself, it’s helpful to learn,” he said. “It’s better to learn it to talk to technical people, and to evaluate if somebody technical is good or not.”

He pointed the students to General Assembly, a startup support community, “or other places around New York” that give similar classes. He noted his company had invested in the fast-growing CodeCademy, an online teaching platform that currently offers Javascript.

Asked by the class professor, Marios Koufaris (a colleague, mentor and former professor of mine) about students who agonize and hesitate before bringing an idea to market, Wilson said an entrepreneur needs to take risks, a sentiment I’ve often heard from investors.

The Zicklin School of Business is based at Baruch College in Manhattan.

“Iterate and fail fast, give up, move on to the next thing. That is becoming the predominant methodology,” he said. Better to create something in three months and launch with core features than spend two years getting it perfect only to find out the market doesn’t care, he added.

He also wants to invest in people with traits that probably can’t be taught: passion and tenacity.

“I want founders who didn’t sit around with their friends and throw 10 ideas up and say, ‘This is the best one; let’s go start a company.’” Instead, he said, he wants someone who’s identified a problem, “and they almost can’t stop themselves from going out and solving it” and sticking with it despite setbacks.

Founders also have to have leadership skills and enough salesmanship to imbue others with belief in their idea. “It’s getting people — partners, investors, employees, customers — to believe in your vision, get on-board,” he said.

He suggested would-be entrepreneurs get a higher-level job in a startup and learn as much as possible.

A Graduate Degree Can Help

As he spoke, I couldn’t help but notice Wilson wasn’t mentioning credentialed degree programs like ones from the school in whose halls we were sitting.

Few business or journalism school programs I have seen teach the technologies Wilson describes. A few J-schools offer courses in the basics of technical tools such as HTML or digital video production. Columbia University is offering a nascent dual degree in journalism and engineering. At Zicklin, I created and teach a media technology management class (summer syllabus). Disclosure: Columbia University’s journalism school is a sponsor of MediaShift.

“I’m not saying MBAs can’t be great entrepreneurs. They can,” he said. “But you don’t need a degree to figure out it’s costing you $5,000 per month to run your business, so you need $30,000 to keep it going for six more months.”

He also suggested that MBAs can make great additions to a more established enterprise that needs financial expertise, interpretation of data, and other skills that help develop an established business.

Media May Not Be Best

For journalism or business graduates who may also be proficient coders and have the passion to build a media business, Wilson offered another strong dose of reality.

He said that while media was a very popular category in the earlier days of the web, the better opportunities today seem to be in areas that are less crowded, such as banking, that aren’t as “picked over,” where there are more problems that aren’t being solved.

Having taught both business and journalism students, and been around media and technology entrepreneurship, I concur with much of what Wilson said.

Schools are being subjected to the same disruptive forces that are rocking industries and, as Wilson says, will permeate every level of business. The schools are generally behind the curve in teaching the skills needed to help launch successful businesses.

As much as many educational institutions are trying to bolster and morph their programs, students cannot rely on them for everything they need to become successful in the new and fast-changing world of media and technology.